The cast of “Touch Your Heart” commented on the end of their drama.

Yoo In Na appeared as an actress-turned-secretary named Oh Jin Shim who experienced the highs and lows of life. The actress said, “I was so happy to meet Oh Jin Shim. I already feel sad thinking about bidding farewell to the beautiful times I was true to love.”

She continued, “The whole time I was filming ‘Touch Your Heart,’ it felt like I was on a fun trip. You feel sad on the last day of the trip, but the memories last forever. That’s how much I think this drama will last in my memory.”

She added, “The producing director, writer, and all of the actors and staff really worked hard. More than anything, I sincerely thank the viewers who sympathized with Jin Shim’s emotions. I hope that you felt the sincerity of everyone’s best efforts towards making a drama. Please think of ‘Touch Your Heart’ whenever you want to feel warm.” 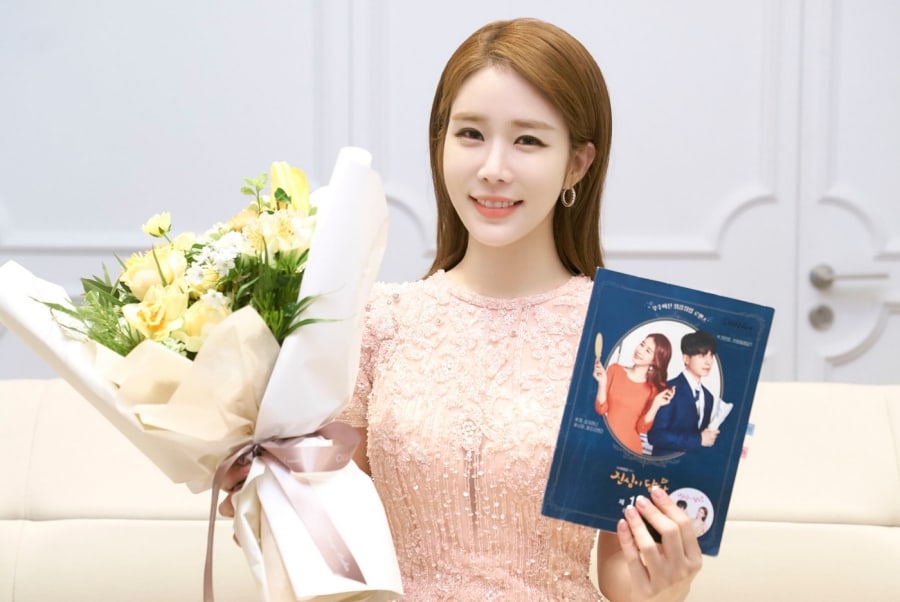 “All of the filming for ‘Touch Your Heart’ has ended,” began Lee Dong Wook. “Thank you for watching and thank you for loving. Whenever [a drama] ends, the first thing that I think about is the things I regret. I think, ‘I should’ve done a little better,’ ‘I should’ve tried harder,’ and have regrets.”

He added, “It was nice and fun to be able to work with Yoo In Na in a project again after two years. I want to make sure to tell her thank you. I’m so glad that all of the actors and staff, including the director and writer, successfully wrapped filming, and I relay my gratitude. I’d be grateful if you remembered ‘Touch Your Heart’ for a long time.” 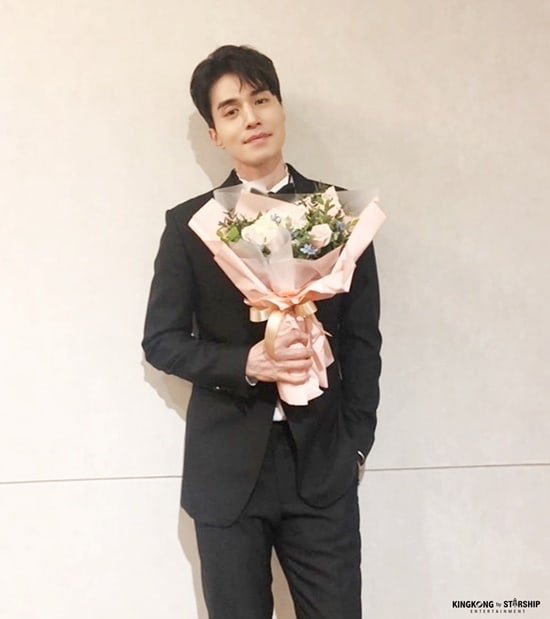 Park Kyung Hae portrayed the lawyer Dan Moon Hee, who falls in love quickly and says what’s on her mind despite having a timid personality.

“It was a project where every second was joyful and fun, so the word ‘end’ is upsetting,” said the actress. “I was happy that I was able to work with really good people and actors and staff who worked hard with me. I learned a lot, and I think every moment will remain as a warm memory for a long time. Thank you to everyone who loved ‘Touch Your Heart’ and loved Moon Hee, who was timid, fell in love easily, and was passionate about justice.”

Park Kyung Hae will next appear in KBS 2TV’s “My Fellow Citizens,” which premieres on April 1 as the follow-up to “Touch Your Heart.” 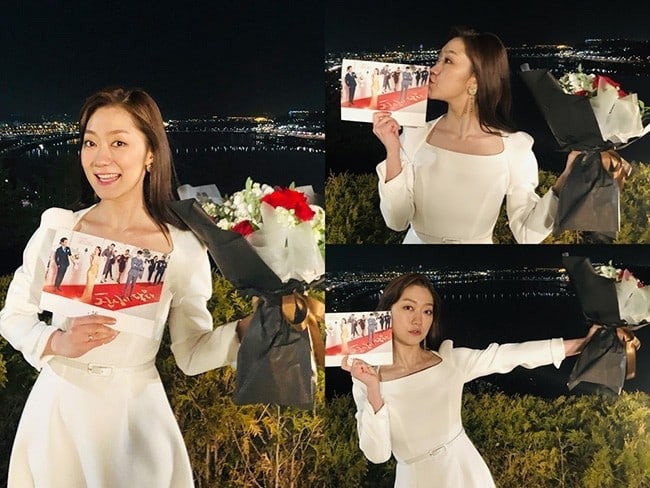 Oh Jung Se appeared as CEO Yeon Jun Kyu of Always Law Firm and a passionate fanboy of Oh Jin Shim. The actor stated, “He was a character who bluffed a lot, but I thought that my sincerity towards my character and drama would be felt if I acted with sincerity. I tried to approach even small things with sincerity, and I think that’s how I was able to meet the current Yeon Jun Kyu. I thank the staff and fellow actors a lot for helping me to be comfortable.”

Oh Jung Se will immediately be moving into follow-up projects including the film “Call” (literal title), where he’ll appear as the father to Park Shin Hye‘s character. 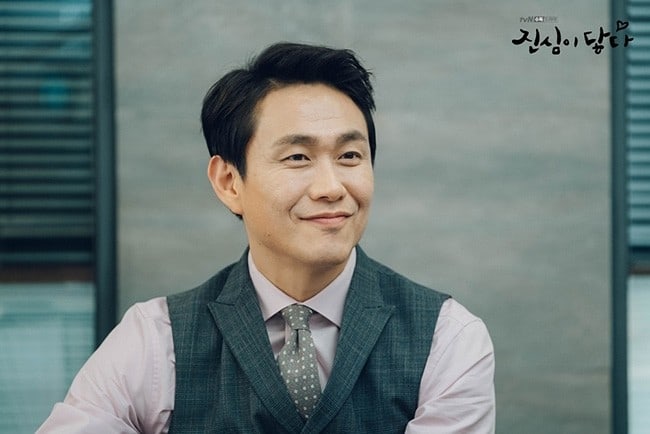 Shim Hyung Tak perfectly transformed into a narcissistic, mama’s boy lawyer named Choi Yoon Hyuk. “It was so fun, and I was happy while acting as the character Choi Yoon Hyuk. Thank you for loving Choi Yoon Hyuk and the Choi-Dan couple. I happily ended filming with ‘Touch Your Heart’ staff, actors, and good people. I’ll return with a new role that can give all of you joy.” 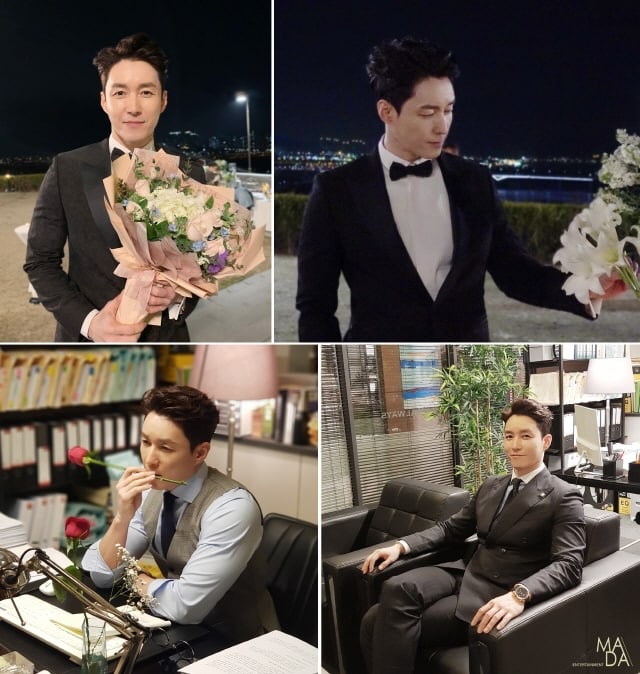 “Thank you so much to viewers,” said actress Jang So Yeon. “It was so much fun filming with good actors and staff members. I feel sad that time flew by so quickly. I’ll see you again with another good project. Thank you.”

Jang So Yeon will next appear in the upcoming SBS drama “Love at First Sight,” premiering on May 6, as well as film “The Most Average Relationship” (literal title). 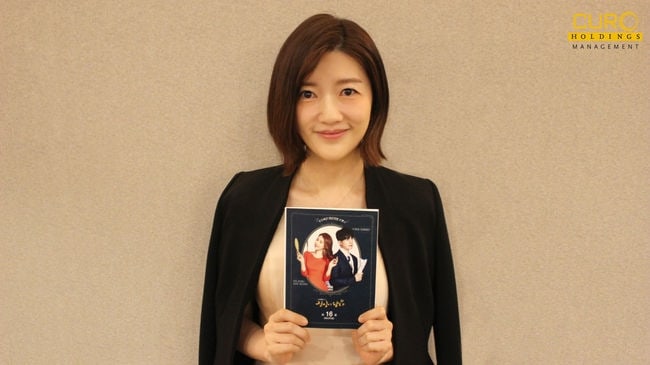 In the making-of video for the final episode, the actors also commented on the ending of their drama. Kim Hee Jung said, “It was so much fun while filming.” Jang So Yeon stated, “I think it’ll remain in my memory a lot,” and Park Ji Hwan added, “I’m happy that I made a lot of good memories.”

Lee Joon Hyuk commented, “I think it’s a blessing to have met this kind of drama and all of you,” and Oh Jung Se said, “I was happy I could joyfully film with the law firm family.” Oh Eui Sik said, “I look forward to seeing that our sincerity reached the viewers.”

Shim Hyung Tak and Park Kyung Hae said, “Touch Moon Hee. Touch Koong Tak. ‘Touch Your Heart.’ Thank you for everything until now. Please be happy!” Lee Sang Woo said, “I feel sad and lighthearted because it was short,” and Song Sung Yoon added, “It was so fun to be able to act with the senior actor.” He replied, “I really liked it too. Thank you to everyone who loved Yeo Reum, Se Won, and ‘Touch Your Heart’ until now,’ and she added, ” I’ll try to see all of you again with another good project. Thank you.”

Check out the final making-of video below:

Watch the finale of “Touch Your Heart” with English subtitles below!