Jessi Opens Up About Overcoming Career Difficulties And Bullying

Jessi talked about moving past her struggles to become the person and rapper she is today on MBC’s “I Live Alone.”

On the March 29 episode, Jessi continued to give viewers a look into her everyday life and revealed how she was able to endure 14 years as a relatively unknown singer.

The rapper visited Tiger JK and Yoon Mirae’s studio. Talking about how she wanted to see their son Jordan, Jessi revealed that she wants to have two boys and one girl, just like her and her siblings.

Back at the studio, she stated, “Since I was young, I was bullied more because I was Asian and a girl. My brothers protected me, and I became stronger. After that, if someone bullied me for having small eyes, I got angry and hit them. I’ll tell you the difference. Bullying is wrong. Those kinds of bad situations happen in the United States as well as Korea. I felt really strong because of my brothers, and after that, I fought bullies myself.” 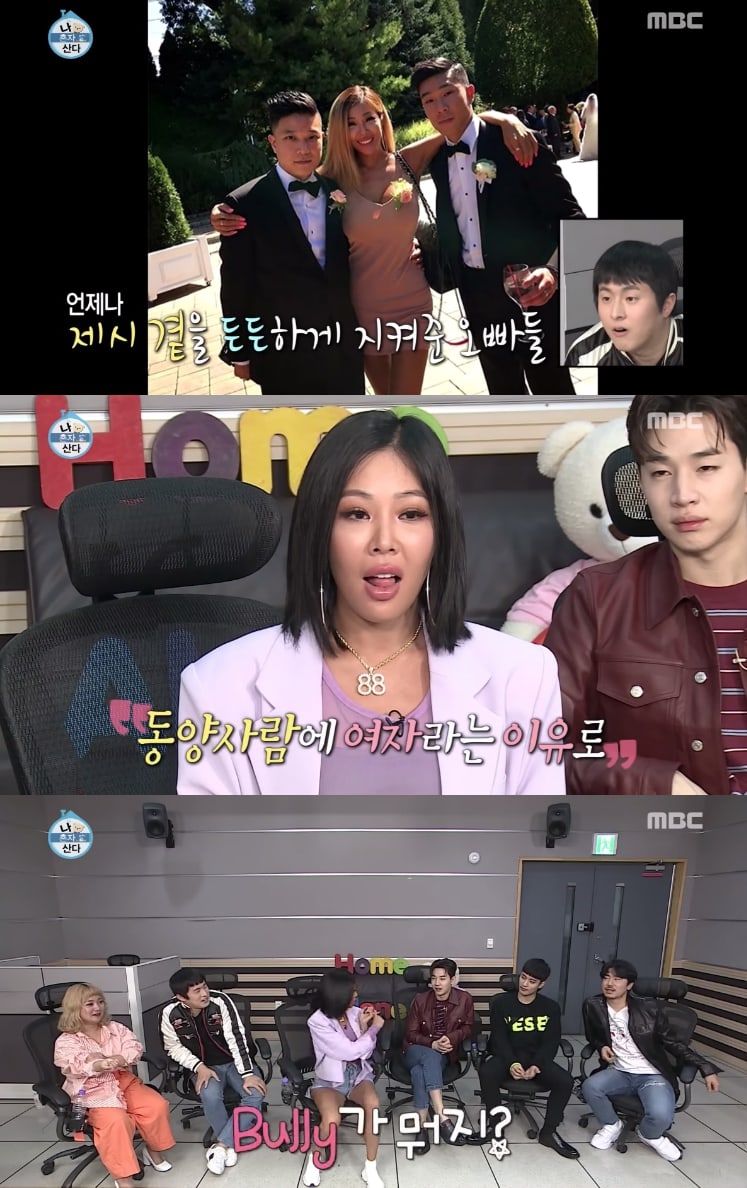 She also touched on her less popular years as Jessica H.O. While watching a clip of her performance of “Life is Fun” (literal title), Jessi confessed, “Life was not fun at this time. I gave up after doing this song. The agency said that this song had to come out, but I said I didn’t like it. My life wasn’t fun, so how could I say it was fun on stage? The word ‘fun’ comes out at least 10 times in the song, and my facial expression just gets worse as I perform. I went to the United States after that.”

Jessi, however, performs this song now at events. She said that her life is fun now, unlike the time when the song was released in 2009. “To be honest, there wasn’t a place for women in this business then,” said the artist. “But at the time, Yoon Mirae always adored me and supported me. She said I was doing a good job and that I was great. I felt happy hearing that from someone I liked. At that time, I was young and didn’t know the culture. I didn’t have a family, and it was difficult. Not everyone accepted me, and I gave up a lot.”

Henry, who’s a close friend of Jessi, commented, “I remember that too. I thought that I met someone like me. I also had difficulties on my own. But my motto is, ‘Do as I please.’ I’ve thought that way since I was young, so that’s how I became who I am today. I gain confidence when I talk with Jessi when I’m upset.”

Speaking about her past years when she wasn’t as popular, Jessi said, “I had dark skin and they said that Korean people wouldn’t like that I had a lot of piercings so I took them all out, but I still wasn’t loved. I thought that it would be accepted someday and that your time comes when you work hard. It took me 14 years, and I still have difficulties, but I can overcome all of them now.”

She continued, “There are so many good things about being a singer. I even went on a European tour. I am so happy. I was supposed to perform for an hour, but did it for two and a half. It was probably an expensive ticket, and I wanted [the fans] to have good memories. I always want to do it in a great way. I cried so much during the European tour. Even though I was tired, I wondered if it was possible to be this happy.”

After watching her footage, Henry commented, “I’d hoped that we’d see a lot of Jessi’s softer and cuter sides, and I’m happy that people were able to see more of it through this opportunity.” Lee Si Eon said, “I only thought of your image from the rap program,” and Kian 84 added, “You’re like a tomato. Your outside and inside are the same.”

Check out “I Live Alone” below:

Jessi
Home Alone
How does this article make you feel?