Jo Woo Ri Talks About Her Emotional Struggles After “Descendants Of The Sun,” Working With Cha Eun Woo, And More

On March 29, BNT International released its new pictorial featuring the actress, who recently starred in JTBC’s “My ID is Gangnam Beauty.”

About the drama, Jo Woo Ri said, “I was really grateful for being able to play that role. It was an honor.”

In “My ID is Gangnam Beauty,” the actress appeared as Hyun Soo Ah, the villain of the story. When asked about her personality in real life, she replied, “My personality is totally different from Hyun Soo Ah’s. I’m easygoing, careless, and really honest.”

She went on to reveal that she had purposely stayed away from large crowds while the drama was airing, explaining, “Back then, in case people hated me [because of my character], I avoided places with a lot of people. Since Hyun Soo Ah received a lot of hate, I want to play a character that receives love for my next role.” 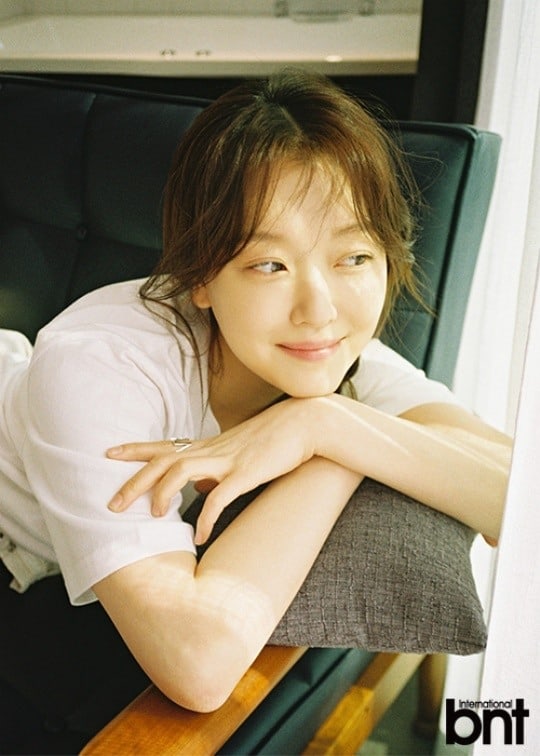 Jo Woo Ri then spoke about her “My ID is Gangnam Beauty” co-stars. She began by stating that ASTRO’s Cha Eun Woo was really a “face genius” in real life. “He’s really handsome, just like how he appears on screen,” said the actress. “I was in awe while looking at him.”

As for Kwak Dong Yeon, she explained that they had previously worked together once before “My ID is Gangnam Beauty.” “He was a minor when we acted together in SBS’s ‘Modern Farmer,'” she said, “but he grew up and appeared [before me] as an adult [this time]. It was astonishing.”

Finally, Jo Woo Ri revealed that she actually went to the same college as Im Soo Hyang in real life. “Neither of us has graduated yet,” she said. “I told her that we should hold hands and graduate together.” 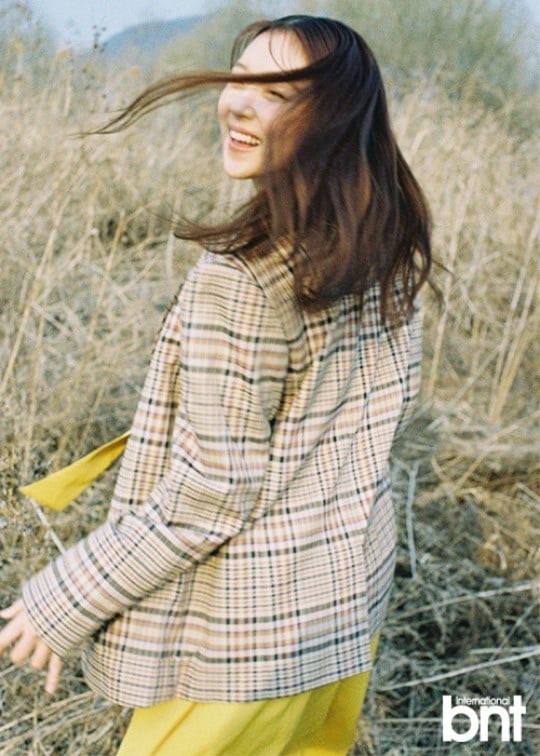 Jo Woo Ri’s beauty has drawn many male fans and, during her school days, led to many offers for her to join girl groups. She shared, “At the time, I didn’t have any interest in becoming a celebrity.” Later on, however, she began dreaming of becoming an actress after coming across various musicals and plays.

When asked about her singing abilities, she replied, “Singing? I’m not good at it. After listening to my singing, people recommended that I stick to television. They all tried to stop me [from pursuing musical theater].” 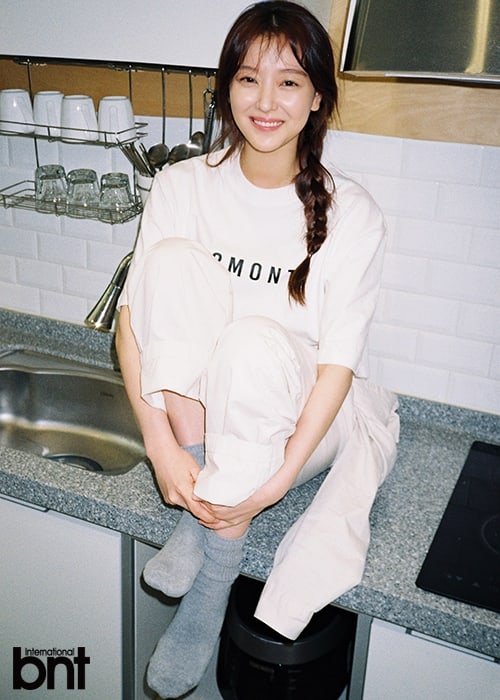 Jo Woo Ri revealed that she had faced emotional struggles after appearing in the KBS 2TV drama “Descendants of the Sun” in 2016. The actress recalled, “I was so busy, and I suffered a lot of wounds in my human relationships. To be honest, I even thought about giving up on my acting career.”

She went on, “I rested and didn’t work for about a year. I went back to school, and I also traveled by myself. That one year became a period of growth that allowed me to overcome my rough patch.”

Jo Woo Ri also expressed her enthusiasm and confidence about playing potentially embarrassing roles, saying, “I’m confident that I can take on any role.” Additionally, she revealed that she frequently uses public transportation.

Finally, the actress confessed that she’s a big fan of actor Ha Jung Woo, sharing, “I really hope I can work with him someday.” 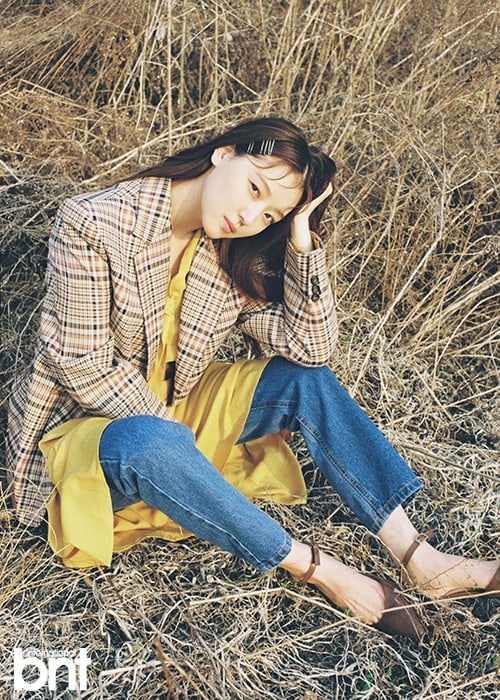 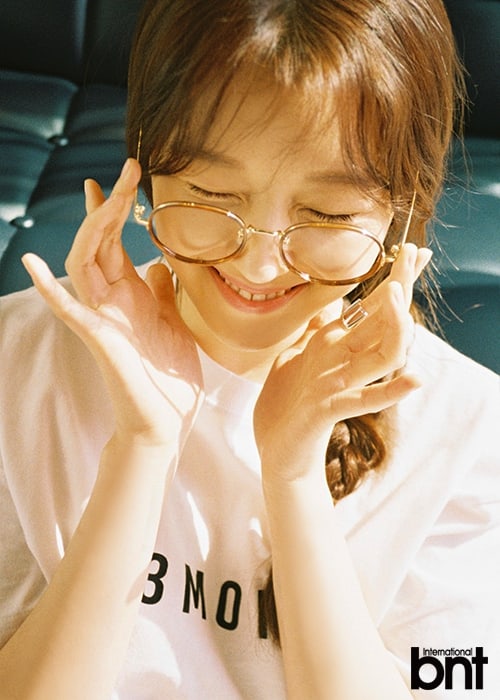 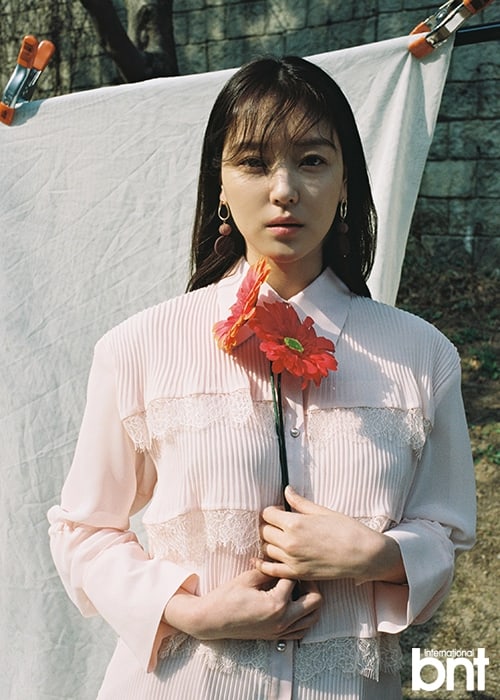 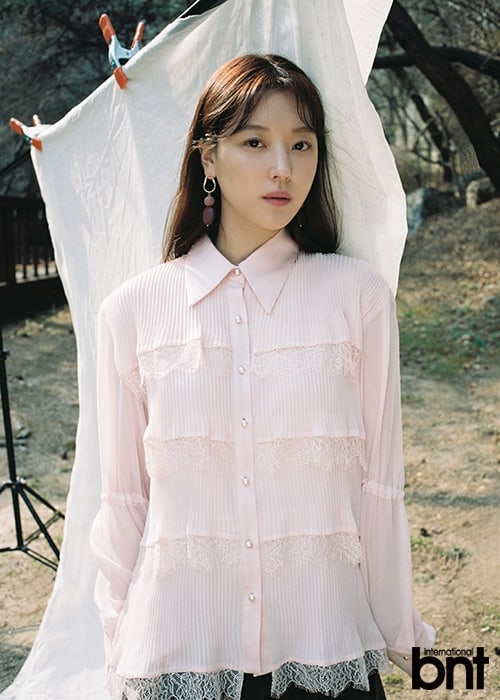 BNT International
Jo Woo Ri
My ID Is Gangnam Beauty
How does this article make you feel?