The rankings were determined through an analysis of consumer behavior, using big data collected from February 28 to March 30. The Korean Business Research Institute evaluated the participation, interaction, and community indexes of 50 female advertisement models in order to calculate each star’s total brand reputation index for January.

Actress Yoo In Na, whose tvN drama “Touch Your Heart” came to an end this week, topped this month’s list. The star scored a total brand reputation index of 1,465,908, marking a staggering 707.72 percent increase in her score since January (the last time the rankings were published).

BLACKPINK’s Jennie came in at a close second this month after enjoying an impressive 528.38 percent increase in her score since January. The idol, who is gearing up for a comeback in April, scored a total brand reputation index of 1,389,562 for March.

Girls’ Generation’s YoonA rose to third place on the list with a brand reputation index of 1,279,253, marking a significant increase of 244.46 percent in her score since January. 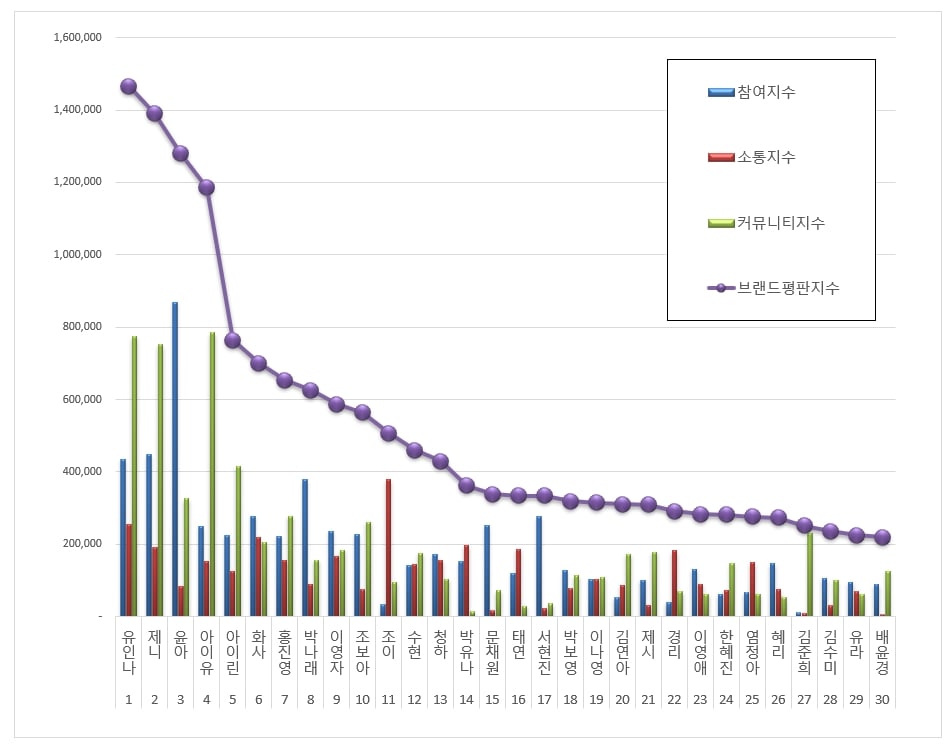 If you haven’t already seen it, you can watch Yoo In Na in “Touch Your Heart” with English subtitles below!