The identity of Imgeokjjeong on MBC’s “The King of Mask Singer” was revealed to be a multitalented member of a boy group that has made its mark as monster rookies.

The March 31 episode of “The King of Mask Singer” had contestants battling it out to see if they had what it takes to become the next king. The first round featured a sing-off between Chuno and Imgeokjjeong, and they enthralled the audience with a duet of Paul Kim’s “Me After You.”

The votes were in, and Chuno moved on to the next round with a vote of 67 to 32. Imgeokjjeong began performing Dean’s “D (half moon)” and took off his mask to reveal that it was none other than Stray Kids’ Han, who is a rapper, vocalist and producer. 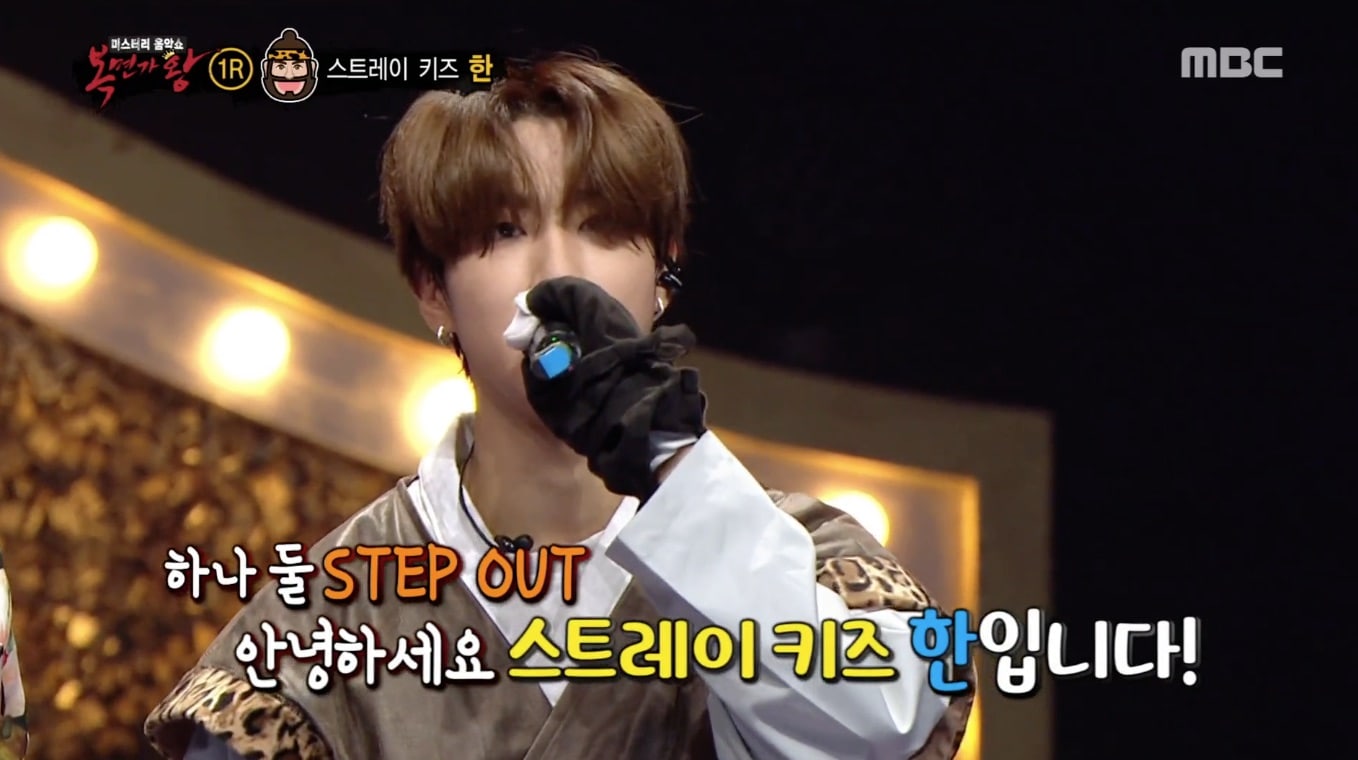 He stated, “This was my first time performing on stage by myself so I was very nervous,” and “When I’m at our company offices, I see our producing director Park Jin Young, and I see 2PM and GOT7, and next to them, I don’t really feel like a celebrity. They try to make me feel comfortable in our interactions, but I find it difficult because they are always celebrities in my eyes.”

Han also had a message for his parents as he explained, “When I first said I wanted to become a singer, I thought my parents would be against it so I asked if I could try for just one year. But then I was accepted to join JYP Entertainment in just three months. Mom, Dad, I’m here on ‘The King of Mask Singer,’ a show you really enjoy, and I’ve worked really hard to get here so I hope I’m a great son in your eyes.”

After the show, Stray Kids’ official Instagram account shared photos of Han and he wrote the caption, “Imgeokjjeong Han was really worried. But I worked hard. Thanks to STAY [official fan club name], I think I felt less nervous. Thank you, STAY!”

Check out Han’s performance and reveal below!

Stray Kids
Han
The King of Mask Singer
How does this article make you feel?