“Secret” will tell the story of people with desires who gather to heal their hearts that have been scarred from unhappy memories and find the true meaning of happiness. The drama is expected to be a source of healing for viewers as it tells an emotional and human story.

Park Hae Jin will be playing the role of Kang San Hyuk, a 119 [Korea’s emergency telephone number] special rescue team member. He appears to be the perfect man with good looks, great instincts, and a sharp mind, but he also leads a life that is missing his childhood memories. 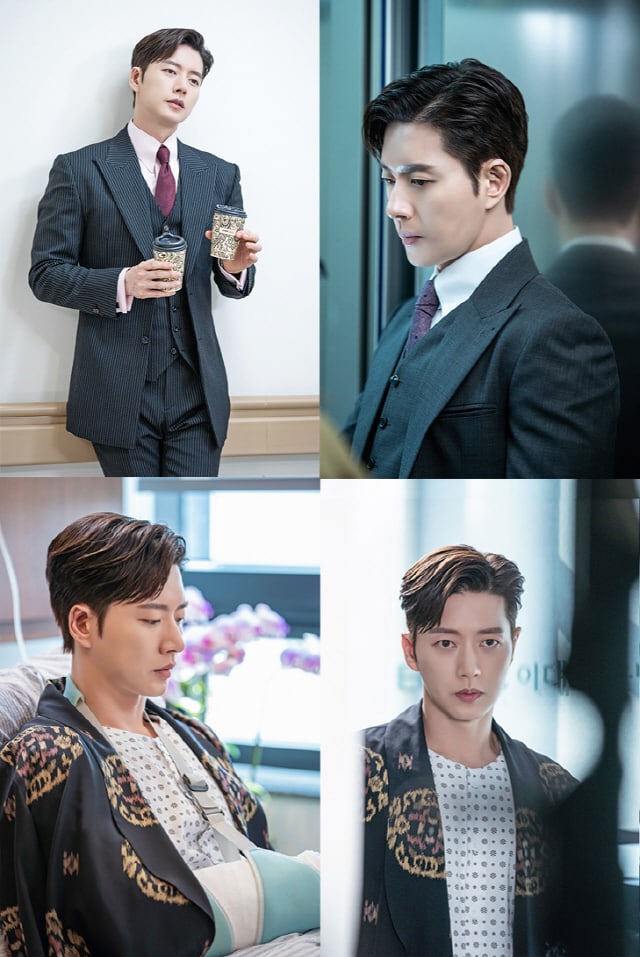 The actor is said to have begun filming on March 8 and he pulled off his scenes as a star of the investment world with ease. The new stills show how he perfectly portrayed Kang San Hyuk, a man who has never lost and is brimming with confidence. He is set to undergo a transformation in the drama as he becomes a firefighter who puts saving the lives of others above all else. The contrasting charms he shows as a cold businessman and a playful member of the special rescue team are set to captivate viewers.

Filming for “Secret” is currently underway. Park Hae Jin will be working with Jo Bo Ah in the leading roles.