Jo Jung Suk hasn’t given up hope in his upcoming drama “Nokdu Flower.”

“Nokdu Flower” is about the turbulent story of two half-brothers during the Eastern Religious Peasants Movement in 1894, where Eastern religion leaders and peasants in Jeolla Province worked together to fight the growth of Catholicism.

Jo Jung Suk plays Baek Yi Kang, the eldest son of Baek Ga, a notorious and wealthy government official. Born after his father raped his wife’s slave, Baek Yi Kang is called “thing” rather than his name by his father. Baek Yi Kang and his half-brother Baek Yi Hyun (played by Yoon Shi Yoon) are swept up by their tumultuous lives as they experience the horrible, intense eagerness of public movement.

In the released photos, Jo Jung Suk is dirty and disheveled as he is forced to bow. He appears to have been roughed up, as there are scratches on his face and blood drips from the side of his head. He is also forcibly dragged somewhere, and despite his situation, he doesn’t lose the fire in his eyes. 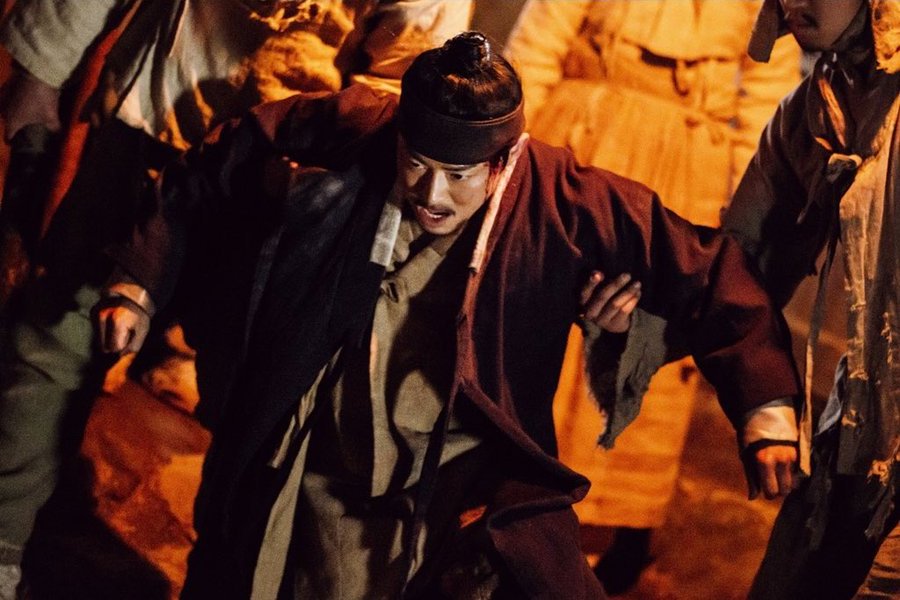 The production staff stated, “From his first shoot, Jo Jung Suk surprised the staff by perfectly immersing in his character Baek Yi Kang. He is commonly acknowledged as a trustworthy actor because no matter the character, he makes it his own. Baek Yi Kang from our drama has also met Jo Jung Suk and done so. Please look forward to Jo Jung Suk’s strength that will shine in ‘Nokdu Flower.'”

“Nokdu Flower” is written by Jung Hyun Min, who wrote “Jeong Do Jeon” and “Assembly.” It will be directed by Shin Kyung Soo, who previously directed “Tree With Deep Roots” and “Six Flying Dragons.” It will premiere on April 26 at 10 p.m. KST.

Jo Jung Suk
Nokdu Flower
How does this article make you feel?