Namgoong Min executes his plan without even flinching in KBS2’s “Doctor Prisoner.”

“Doctor Prisoner” is about a highly skilled doctor who is forced to resign from his position at a top hospital and ends up working in the medical ward of a prison in order to make connections to the powerful and wealthy and exact his revenge.

In the new photos, Na Yi Je (played by Namgoong Min) glares at someone inside a cell. He wears a beige prison uniform, which indicates that he was a prisoner awaiting trial at the time. In other photos, he grabs Han Bit (played by Ryeo Woon), Han So Geum’s (played by Hello Venus’s Nara) little brother, by the collar and stabs something deep into his shoulder. Han Bit appears at first to be in pain, but then passes out, his body falling to the floor. 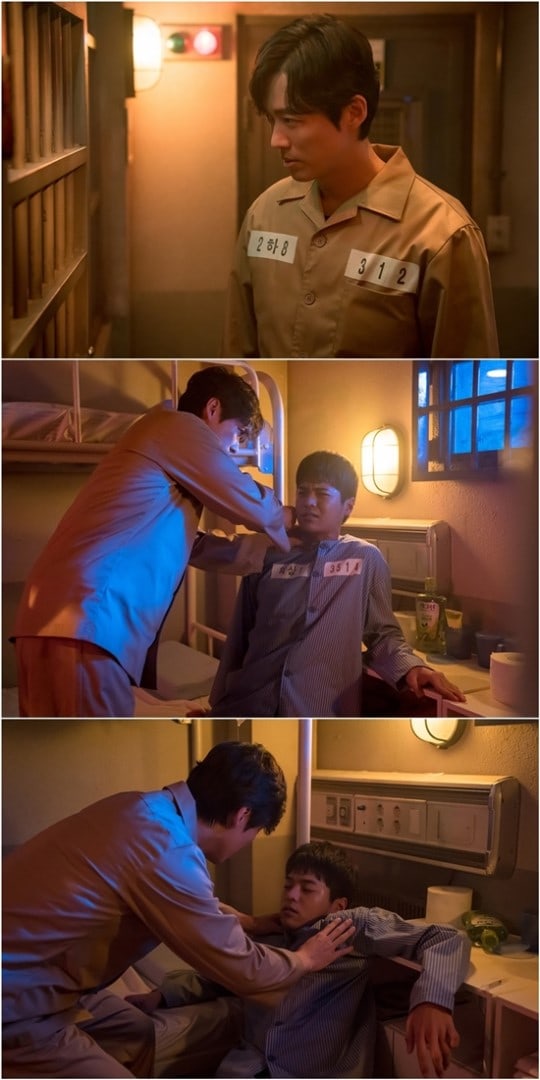 Previously, using information Na Yi Je gave her, Han So Geum met with the prisoner who had been with her brother in the medical ward. According to his testimony, the day her brother disappeared, Han Bit and Na Yi Je were in the same room. Not only that, but Han Bit was rushed to the hospital after the drugs Na Yi Je gave him made him lose consciousness. She began to suspect that Na Yi Je had something to do with her brother going missing. It was also a mystery as to how he had access to drugs and easily carried them around when he was imprisoned.

“Doctor Prisoner” airs every Wednesday and Thursday at 10 p.m. KST.