IZ*ONE’s Kwon Eun Bi was brought to tears by a story on “Hello Counselor” that hit close to home.

In the April 1 episode of the show, IZ*ONE’s Kwon Eun Bi and Kim Min Ju appeared as guests. The first story was from a mother whose concern was about how her daughter, who had been first in her class, had decided to quit middle school. The mother said that her daughter refused to change her mind and had stated that she would do home schooling and then take a qualification exam.

The daughter explained that she didn’t want to disappoint her mother, and she only wanted her mother to see her doing well. She also said that home schooling would be the best for her as she could study late at night, when she finds she’s able to focus well. In addition, she wanted to be able to study on her own without having to get upset if she didn’t come in first place in her class.

The daughter’s dream is to become a special education teacher, as her older brother has a disability. In the end, the mother cried and apologized to her daughter for having put too much pressure on her over her studies and getting into a top university.

When the celebrity panel was asked if they thought that the story was a concern, Kwon Eun Bi shared her own story.

“I really wanted to be a singer, but my parents were very against it,” she said to the daughter. She then began to cry as she explained that she was just like the daughter who only wanted her mother to see her being happy.

“So I didn’t let on how I felt,” Kwon Eun Bi said in tears. “But now that they see me happy, they really like it. I hope that you also won’t feel pressured and will just do what you want to do.” 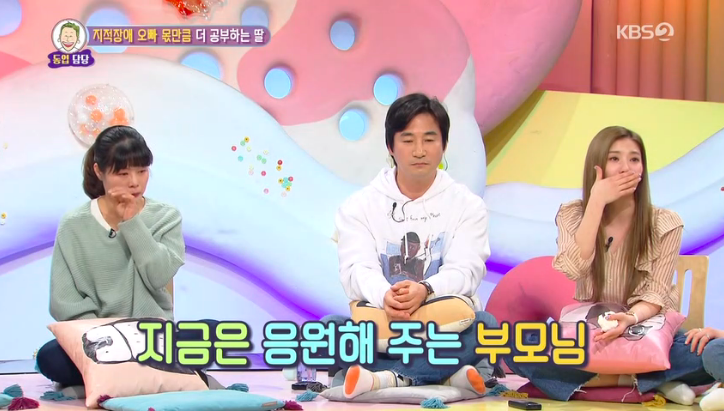 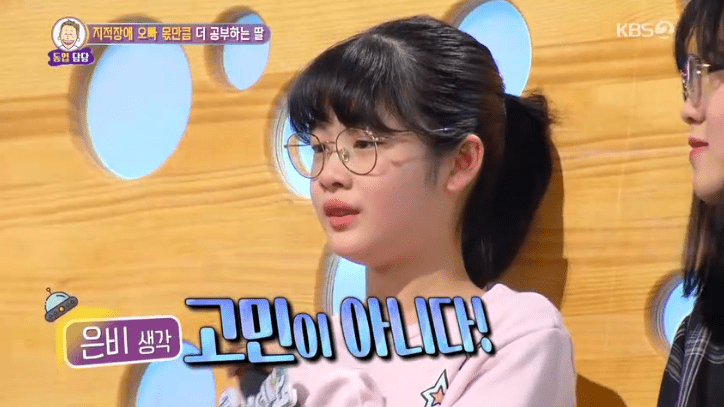 IZ*ONE made a comeback on April 1 with their new mini album “HEART*IZ,” featuring the title track “Violeta.”

Hello Counselor
IZ*ONE
Kwon Eun Bi
How does this article make you feel?