Chungha talked about her career thus far and hopes for 2019 in a new interview.

On March 29, Chungha participated in the Vietnamese chart program “V Heartbeat Live” at the Hoa Binh Theatre in Ho Chi Minh, Vietnam. “V Heartbeat” holds weekly and monthly projects as “The Gateway to Asia” and is a music chart created by Naver and the Vietnamese government.

After performing in Taipei, Taiwan, Chungha arrived at Tan Son Nhat International Airport in Ho Chi Minh on the day of the concert to a group of fans who chanted her name while holding up signs and photos of her. During “V Heartbeat Live,” Chungha performed her debut track “Rollercoaster” and latest title “Gotta Go” and thanked the audience for inviting her to Vietnam.

In her interview with Star News prior to her performance, Chungha said with a laugh, “This is my first time visiting Vietnam. When I went on overseas promotions as an I.O.I member, I remember being protected by the managers. But after debuting as a solo artist, I got on airplanes pretty quietly. Arriving at Vietnam after my solo debut, so many people waited for me and took photos of me, so it was cool and I felt grateful.”

She continued, “This was my second trip to Taiwan. It was a difficult schedule, but the fans welcomed me even more, and I don’t feel tired when I’m on stage. After completing all of the scheduled events, I feel proud while thinking, ‘I did a lot of things.'” 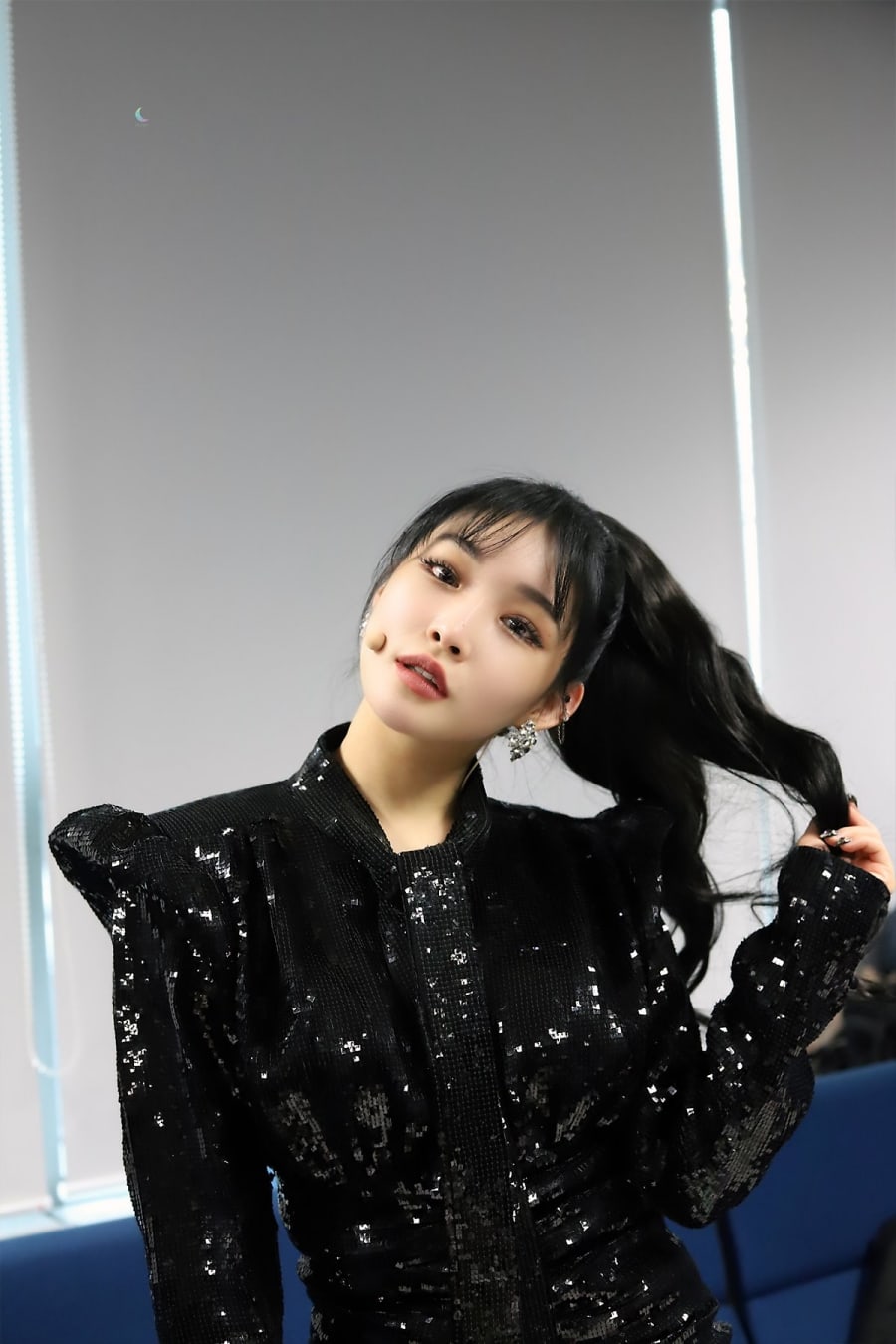 Prior to her performances in Taiwan and Vietnam, Chungha joined the lineup at the 2019 SXSW Musical Festival in Texas on March 13 and will continue her international promotions with a fan meeting in Tokyo at the beginning of April.

The singer lived in Dallas, Texas for seven years and returned to her home state a star. “I visited Texas for the first time in 10 years and performed, and I remember the local fans who danced along with me,” said the singer. She added that she met up with her family members currently residing in Texas and said she wants to return to Texas anytime.

About the success of her releases thus far, Chungha said, “I feel more grateful after the promotions rather than during. It’s fascinating when I turn on the TV and ‘Gotta Go’ comes on. I think, ‘People listen to my songs a lot.'”

She concluded the interview with her goals for 2019, stating, “I’ve always come out with a new song in the summer. This summer, I’m also preparing with the goal of releasing a new album. My goal for 2019 is to meet fans through more performances and to see them again with a new appearance and good songs like the successful promotions in 2018.”