The newly designed light stick comes with a stand to rest both the light stick and photo cards, as well as a wrist strap for comfortable use. A power bank to connect to cell phones or other external batteries will also be sold separately.

The second version of the group’s light stick also features a different lighting system that can be controlled remotely during concerts. 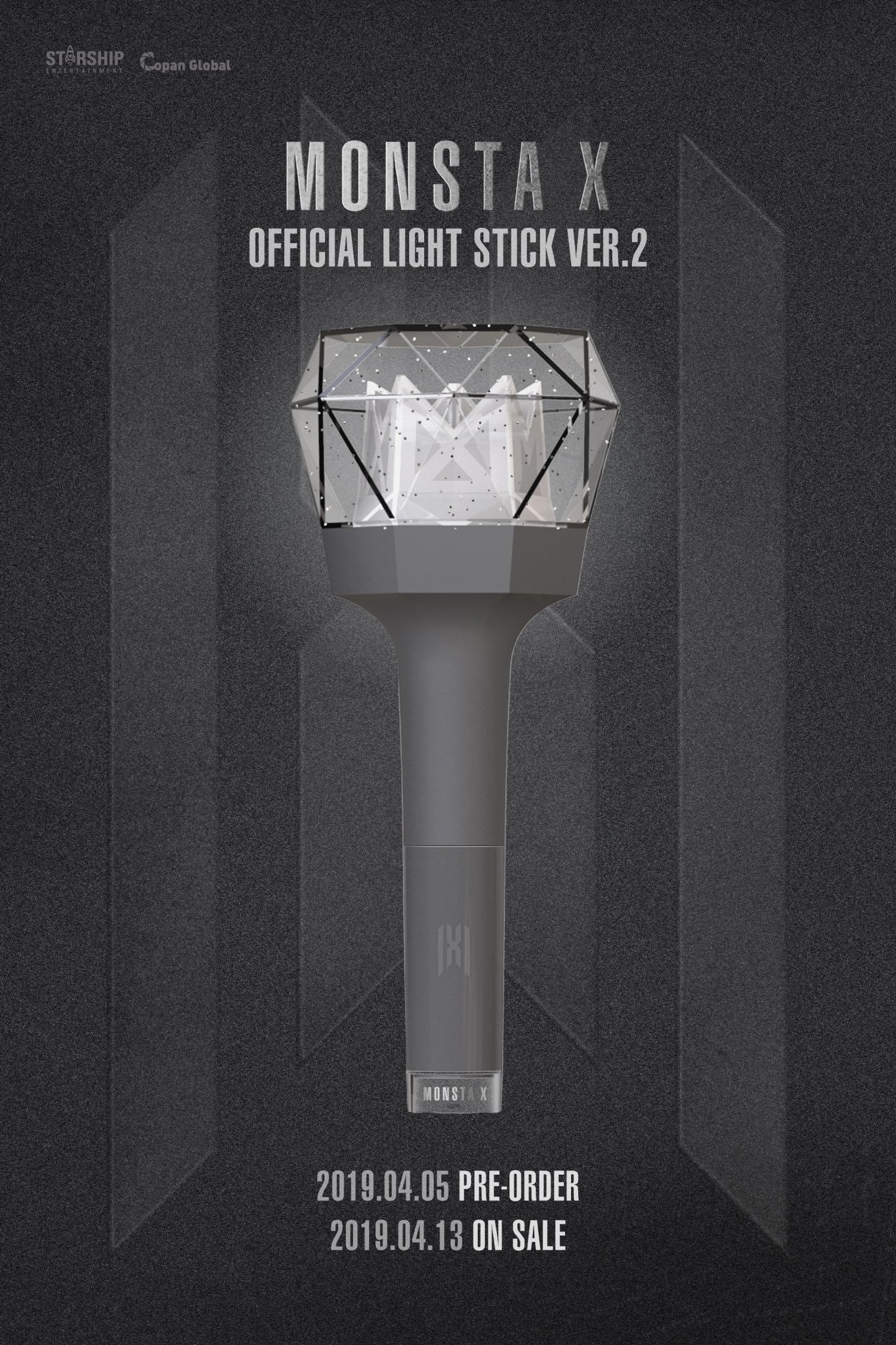 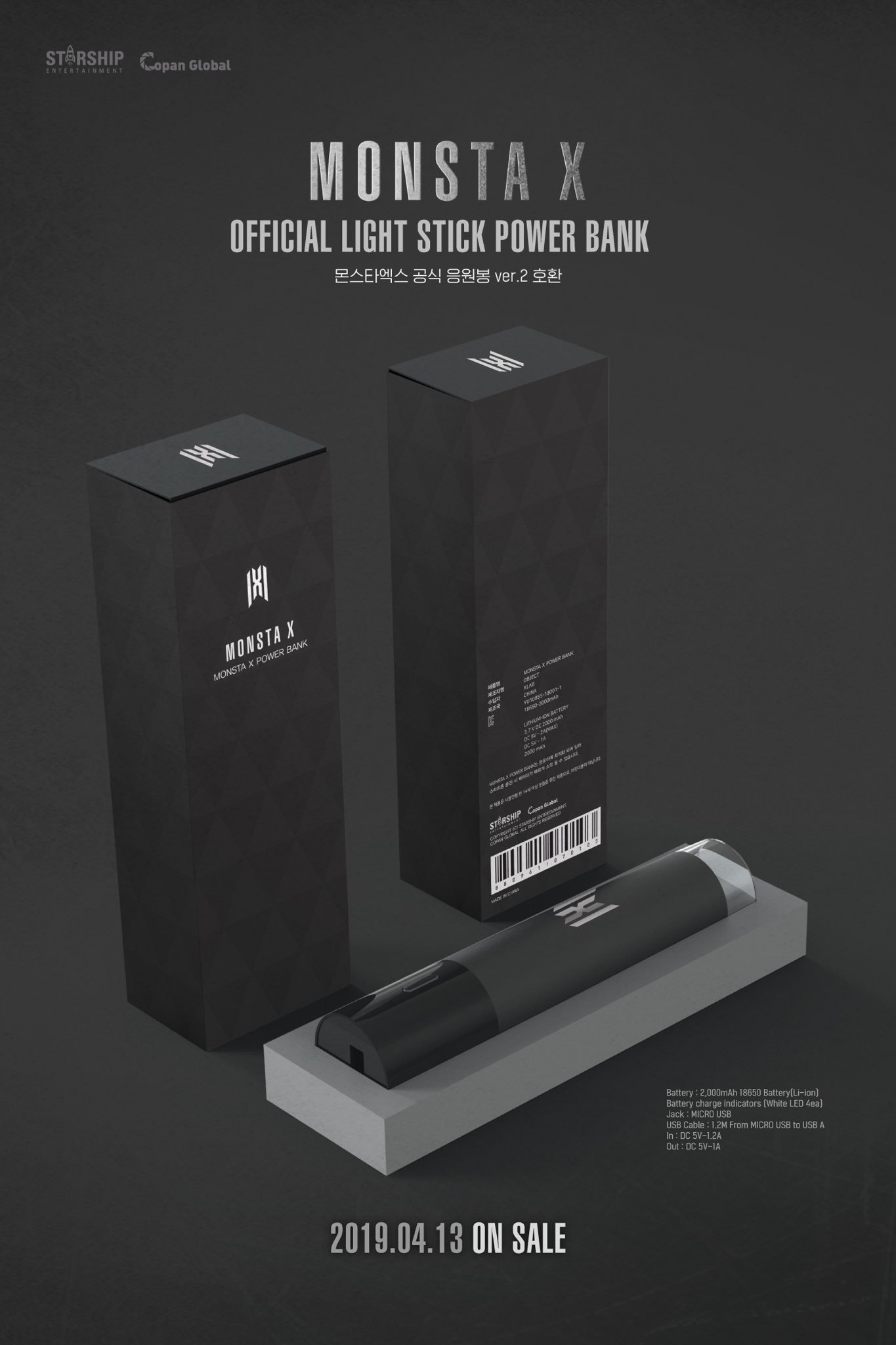 The light stick will be available for pre-order on April 5 and will officially go on sale on April 13.

MONSTA X previously announced the first version of their light stick on May 14, 2017 to commemorate the anniversary of their debut.