“Nokdu Flower” is about two brothers who have different mothers but share the same father. They get separated during a riot that is now known as the Donghak Peasant’s Movement in 1894, where religious leaders of Donghak (which translates to “Eastern Religion”) and the peasants of Jeolla Province joined forces together against the government that was pushing for the growth of Catholicism at the time.

Jo Jung Suk will play the older brother Baek Yi Kang, while Yoon Shi Yoon will take on the role of the younger brother Baek Yi Hyun. Han Ye Ri will appear as Song Ja In, the only child of Song Bong Gil, the peddler of peddlers in Jeolla Province.

In the released stills, Han Ye Ri walks around a crowded market place with Kim Sang Ho (played by Choi Duk Ki) while peering at various places. Her posture and expression are full of confidence, which contrasts with her finely braided hair and elegant hanbok. 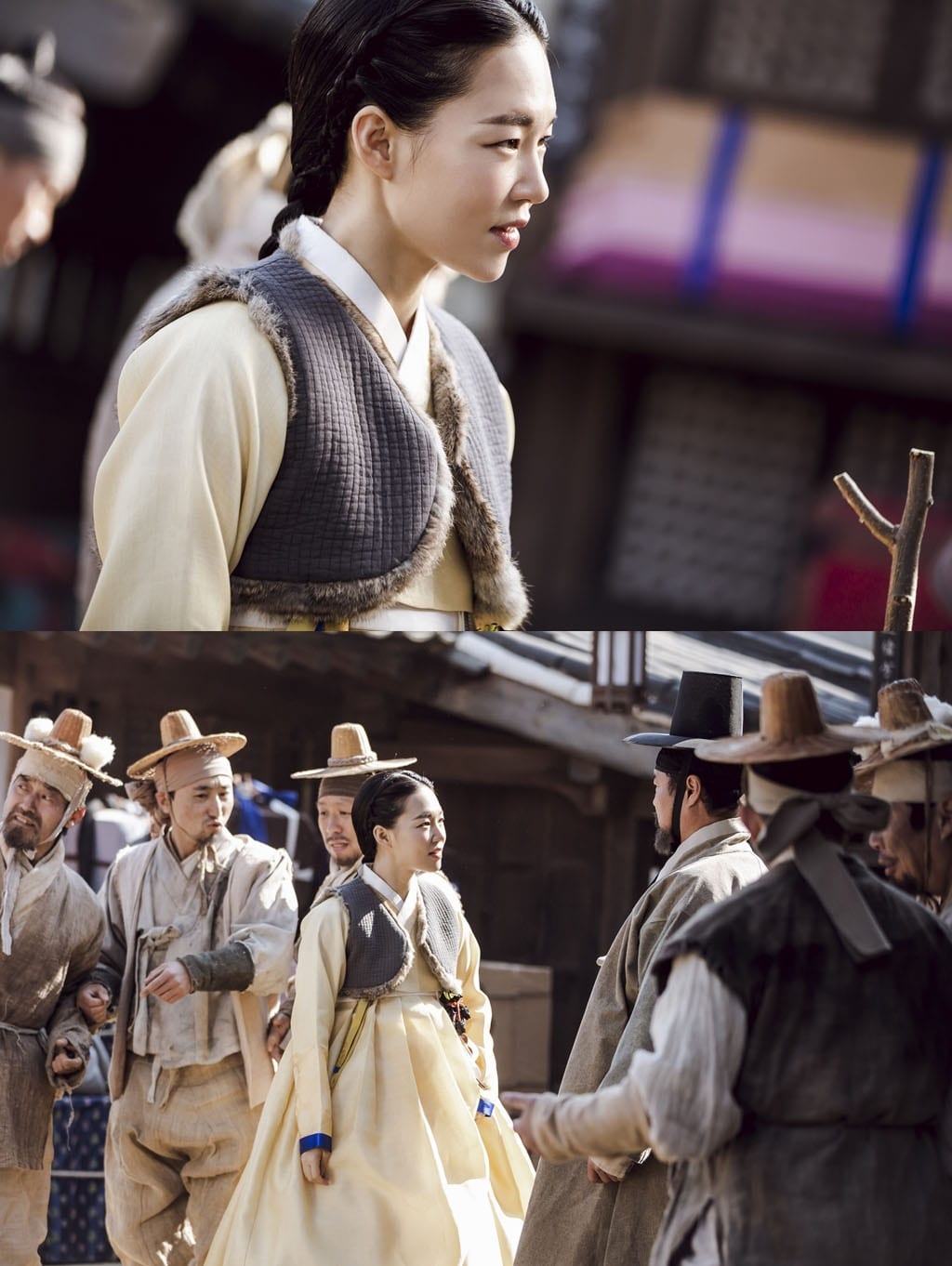 In the drama, Song Ja In, nicknamed the “Iron Lady,” dreams of becoming Joseon dynasty’s greatest merchant. She is known for intimidating others with her cool charisma.

The production staff of “Nokdu Flower” stated, “Just like the character description of the ‘Iron Lady,’ Song Ja In is an independent woman who will see through the chaotic world and pioneer her own path. We believe that Han Ye Ri, who combines her marked individuality and acting skills, is the best actor for Song Ja In. In fact, Han Ye Ri completely surpassed the expectations of the production team even from our first filming by portraying Song Ja In herself. Please look forward to it, viewers.”

“Nokdu Flower” is set to premiere on April 26 at 10 p.m. KST. If you haven’t already, check out a teaser for the drama here!

Han Ye Ri
Nokdu Flower
How does this article make you feel?