On the April 3 broadcast, Jang Won Young and Block B’s P.O appeared as guests on JTBC’s “Let’s Eat Dinner Together.”

When MC Kang Ho Dong asked how she debuted as an idol, the singer replied, “I was a student when I got cast and then debuted.”

The MC asked if she was cast on the street, and she replied, “[I was cast] when going to my older sister’s graduation.”

P.O then made everyone laugh by commenting, “That only happens to pretty people. That’s something that [WINNER’s] Mino and I can’t imagine.” 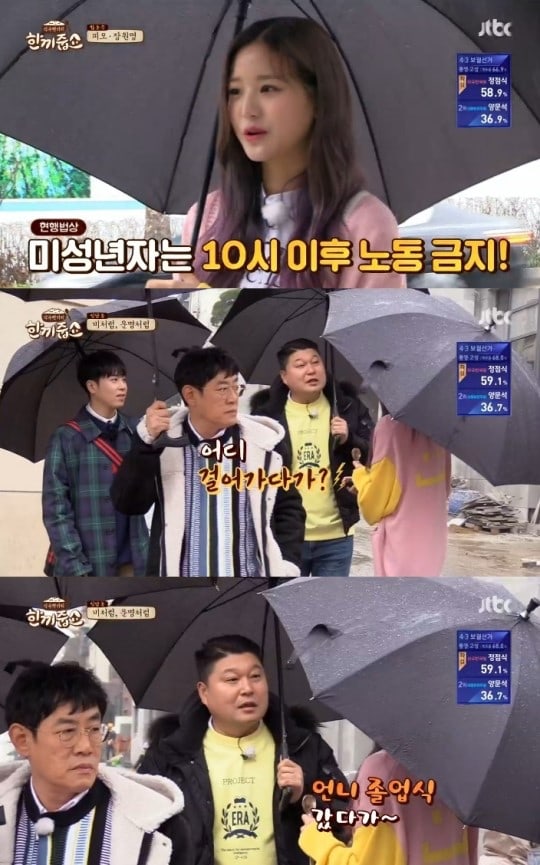 Jang Won Young
Let's Eat Dinner Together
IZ*ONE
How does this article make you feel?