“Abyss” is a fantasy drama that tells the story of two people who are brought back to life with the help of a soul-reviving marble called Abyss. They are revived with completely different faces and set out to find their killers. Director Yoo Je Won of the 2015 drama “Oh My Ghostess” will be reuniting with Park Bo Young to direct the drama.

Park Bo Young will take on the role of Go Se Yeon, a breathtakingly beautiful prosecutor who is reincarnated as a girl with a “typical” face. Ahn Hyo Seop will play Cha Min, a “visual terror” chaebol who was perfect in every aspect except for an unfortunate face and is reborn looking better than ever.

In the newly released poster, Park Bo Young and Ahn Hyo Seop are standing inside the marble Abyss. The tagline on the poster reads, “Because of the marble, we were reincarnated and so was the murderer.” 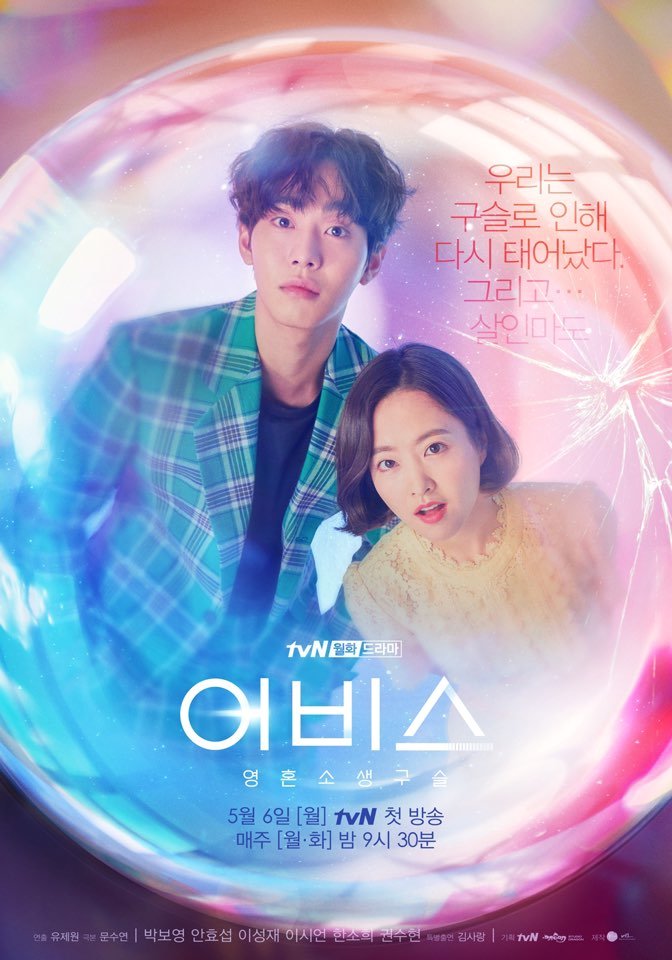 The production team of “Abyss” said, “The drama’s story about being reincarnated with a look that is 180 degrees different from the previous life due to a soul-reviving marble called ‘Abyss’ will provide unique plot twists and amusement that is not as easily found in existing fantasy dramas. Please look forward to ‘Abyss,’ which will premiere on May 6.”