During the show, DJ Kim Tae Kyun asked the MONSTA X members about the body parts they were most confident in, since the group is known for being “exercise idols.” In response, Shownu remarked, “My collar bone and elbow.” Hearing this, one listener called in, “I want to take a photo of Shownu’s elbow,” and Shownu answered by turning his body towards the camera and leaning in with his elbow. 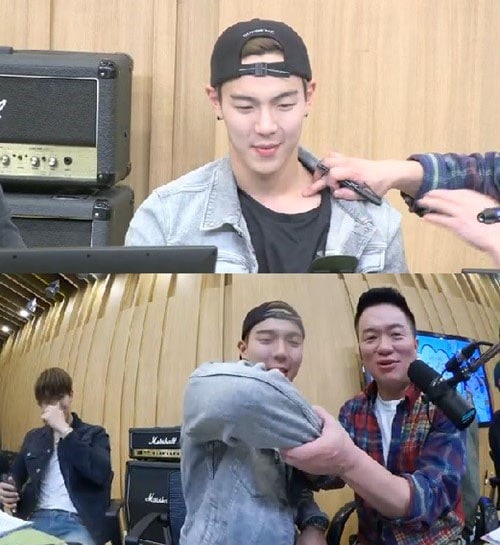 After taking a moment to think about the question, Wonho confidently answered, “Every [part of my body] is good.” Shownu agreed as he added, “Wonho’s pecs are great. It’s really sparkly there.”

When it was revealed that Wonho was not only muscular, but skilled in stretching as well, he immediately began to do the splits, causing everyone to burst out in laughter.

Shownu and Wonho then expressed their love for exercising as they revealed that they had exercised in the morning before arriving to the radio show. When the DJs asked whose body was better, Wonho said, “When it comes to bodies, mine is better.” Shownu remarked, “Wonho’s body is better. I can’t manage my diet.”

Later, when one listener requested the MONSTA X members to show off their six-packs, Wonho got up from his seat and lifted up his shirt, causing everyone to cheer. He revealed, “My chocolate [six-pack] has never melted before. I’ve had them for seven years now.” 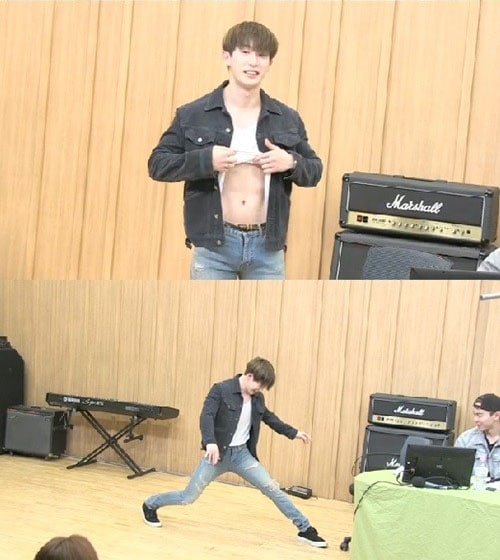 Shownu and Wonho were then questioned about their most memorable fans. Wonho replied, “When we go to Brazil or South America, fans will throw their underwear. We asked them not to throw those things since it’s dangerous, but it seems to be the culture of those places.”

Shownu continued, “The South American fans sing along to our songs but I was really surprised because their pronunciation is so precise.”

MONSTA X
Wonho
shownu
How does this article make you feel?