On the April 5 broadcast, the weekly entertainment news program conducted an interview with Minho at his fan meeting before his military enlistment.

Minho previously announced that he was accepted into the Marine Corps and would be enlisting on April 15.

“In some way, I’m enlisting late so I feel apologetic,” began the SHINee member. “But despite the fact that I’m going late, my mind and body are so healthy that I thought it would be okay for me to go to the Marine Corps.”

When asked what girl group he hopes will visit when he’s in the military, Minho became a bit flustered before naming Red Velvet. He said, “I’d be so proud if Red Velvet came. I’ve never asked for a favor, but please pay me a visit.”

The interviewer then listed some nicknames Minho has earned over the years such as “the man who doesn’t know what quitting is” and “flaming charisma,” as well as his “membership” in SM Entertainment’s “passion line” alongside EXO’s Suho and TVXQ’s Yunho.

“I can’t deny it,” replied Minho. “We try our best and try our best until the end. I do think that our personalities are pretty similar. Since I like sports, I play about two or three kinds of sports. I can’t fall asleep if I don’t exercise like that. I need to use all of the energy in my body in order for me to fall asleep.” 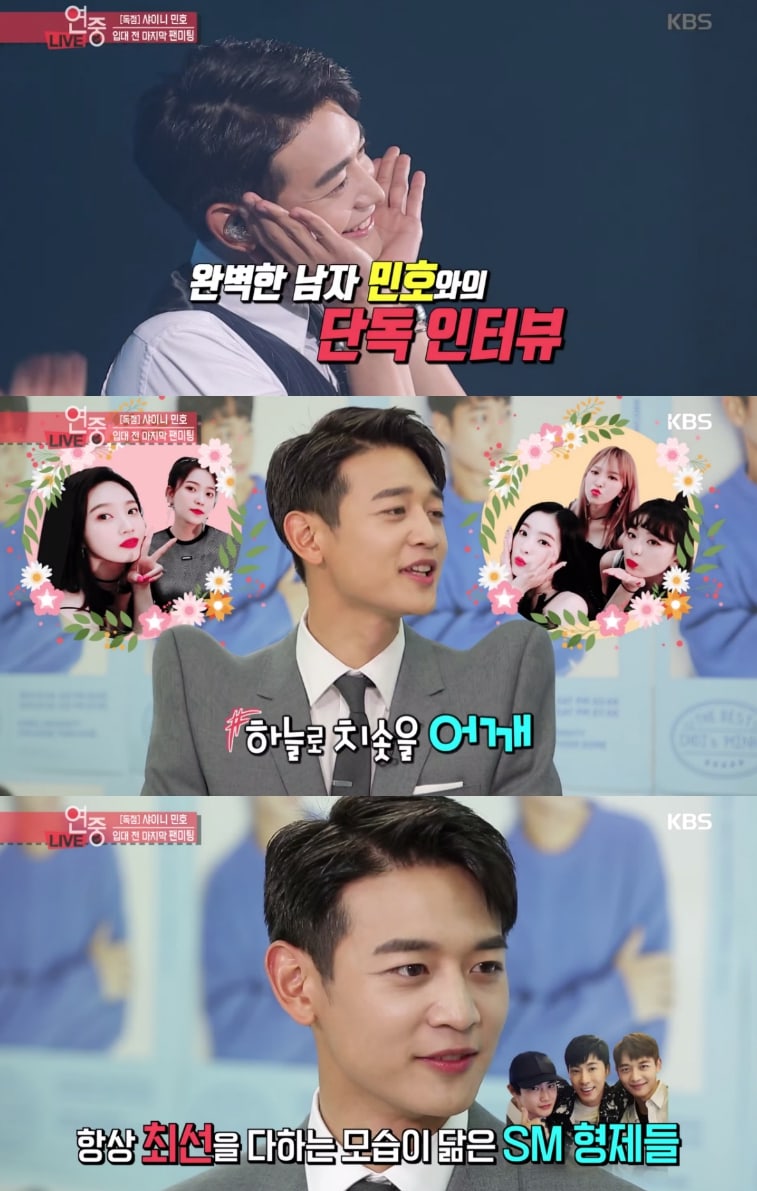 SHINee
Entertainment Weekly
Minho
How does this article make you feel?