Ever since Honey Lee’s character in “The Fiery Priest” left the dark side to join Kim Nam Gil, the viewers have been thrilled by her comic lines and refreshing authenticity in her quest to eliminate corruption.

Honey Lee plays Park Kyung Sun, a charismatic prosecutor who was once too blinded by her career to see justice done. Her character recently teamed up with the priest Kim Hae Il to catch the bad guys and bring justice once and for all.

Here are three delightful lines from Park Kyung Sun that made us all go “yes!”

1. “If you hang around me one more time, I’ll have a restraining order on you.”

Park Kyung Sun is one of the few people who isn’t afraid of Hwang Chul Beom (Go Joon). Rather, she hits back at him with her outspokenness.

Previously, she visited him to return the car she received from Jung Dong Ja (Jung Young Joo) as a bribe with the excuse that she was too lazy to drive it.

Hwang Chul Beom offered to hire a chauffeur for her and she retorted, “What kind of prosecutor would be in a car driven by a chauffeur hired by a gangster? If you hang around me one more time, I’ll have a restraining order on you.”

Park Kyung Sun, who never loses her dignity under any circumstances, amuses the viewers with her confident way of speaking.

2. “I’ll give you one minute. All the druggies step up voluntarily.”

Park Kyung Sun’s relentless response to corruption as a conscientious prosecutor gives the viewers a sense of catharsis.

After finding out that Kim Gun Yong (Jeong Jae Kwang) was behind the mysterious man who had trespassed into her home and threatened her life, she vowed revenge and joined hands with Kim Hae Il. She personally raided Rising Moon, which was being used by a group of cartels as a drug distributor.

Park Kyung Sun ruthlessly demanded Anton (Choi Gwang Jae) speak politely to her and ordered all the drug users to line up in front of her. The viewers felt refreshed after seeing her side with justice.

3. “I was never taught to let off an obvious murderer.”

Park Kyung Sun’s belief in justice also arouses sympathy from viewers. She was summoned to the prosecutor’s office after the invasion of Rising Moon, and she bravely told her superior that she had never learned to overlook a killer who was obviously at fault. In addition, she returned the box of money from Kang Seok Tae (Kim Hyung Mook) and said, “If this is worth my life, I’ll just give it back.”

With the growing number of viewers cheering for the conscientious prosecutor Park Kyung Sun, expectations are building over whether she will be able to eliminate the cartel and bring justice. 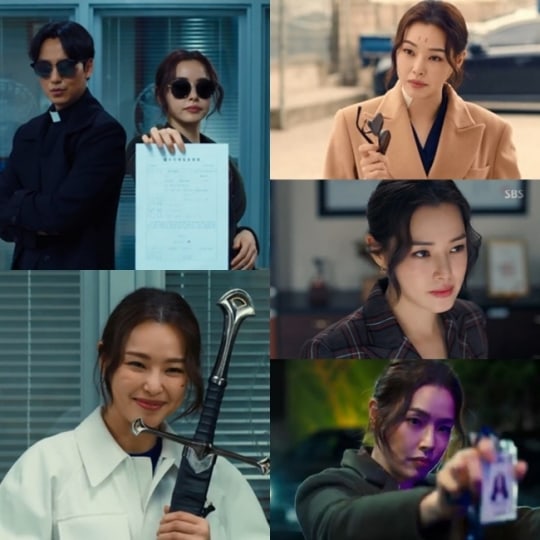 Watch the latest episode of “The Fiery Priest” below!

Honey Lee
The Fiery Priest
How does this article make you feel?