In the released stills, Jung Il Woo transformed into a prince holding a broomstick. Behind-the-scenes, Jung Il Woo appointed himself as the youngest staff member on set. While moving around the filming location, he helped the staff with post-filming clean-up by enthusiastically sweeping with his broom. Jung Il Woo’s willingness to take initiative and efforts to help out with whatever he can continues to bring out viewers’ smiles. 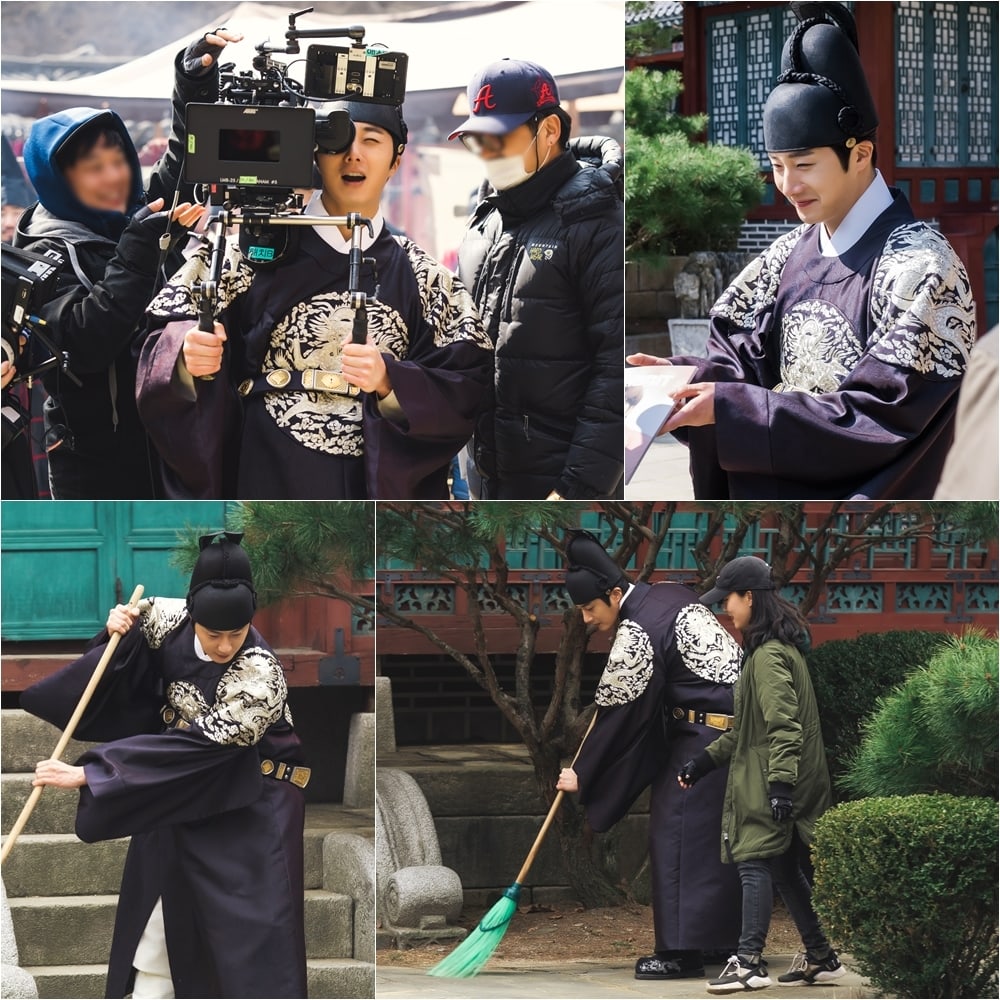 In particular, the picture in which Jung Il Woo transforms into a cameramen caught viewers’ eyes. With the large camera on his shoulders, he playfully decided to experience the filming process for himself.

During breaks, Jung Il Woo showed off his enthusiasm while getting along well with the staff members on set. His ability to look over the staff in order to create a good vibe was similar to Prince Yeoning’s reliable personality.

The production staff of “Haechi” shared, “Jung Il Woo is an actor who always does his best.” They added, “He helps foster good vibes on set with his deep thoughtfulness and playful attitude that always makes the staff laugh. Please look forward to his large role in the remaining episodes.”

“Haechi” airs every Monday and Tuesday at 10 p.m. KST. Watch the latest episode below!