TWICE has shared new details about the North American leg of their upcoming world tour!

Starting on July 17, the group will be performing in three cities across the United States: Los Angeles, Newark, and Chicago. Check out the venues and ticketing information below!

Tickets will go on sale starting May 10 at 4 p.m. local time on Ticketmaster and www.livenation.com. 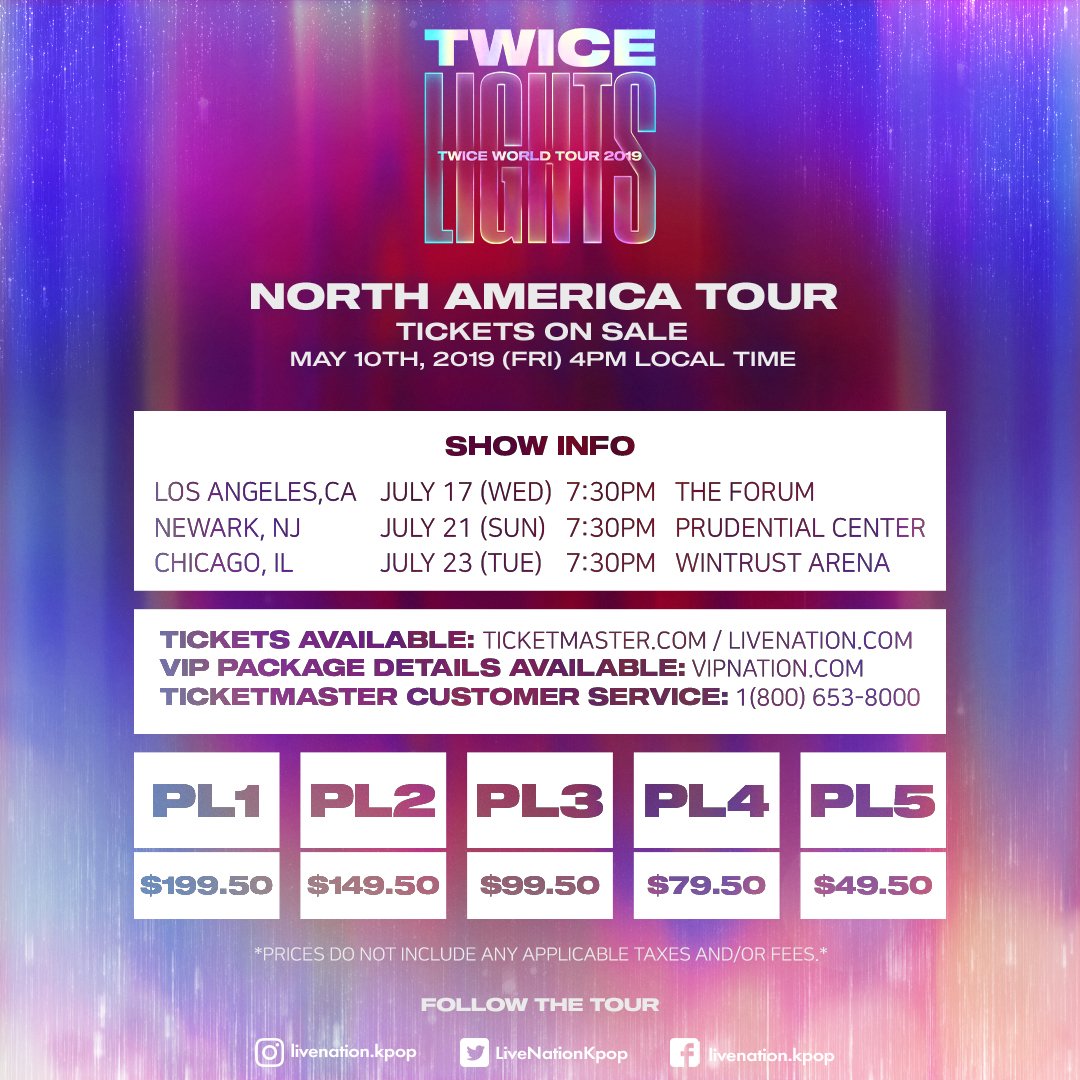 TWICE will soon be embarking on an exciting new world tour!

TWICE officially announced the concert dates and locations for their upcoming 2019 world tour.

After kicking off their tour in Seoul on May 25 and 26, TWICE will be heading abroad to perform in Bangkok on June 15, Manila on June 29, and Singapore on July 13. TWICE will then take their tour to North America, where they will perform on Los Angeles on July 17, Mexico City on July 19, Newark on July 21, and Chicago on July 23.

Check out the newly announced dates and locations for TWICE’s world tour below! Tickets will go on sale starting May 10 at 4 p.m. local time at www.livenation.com. 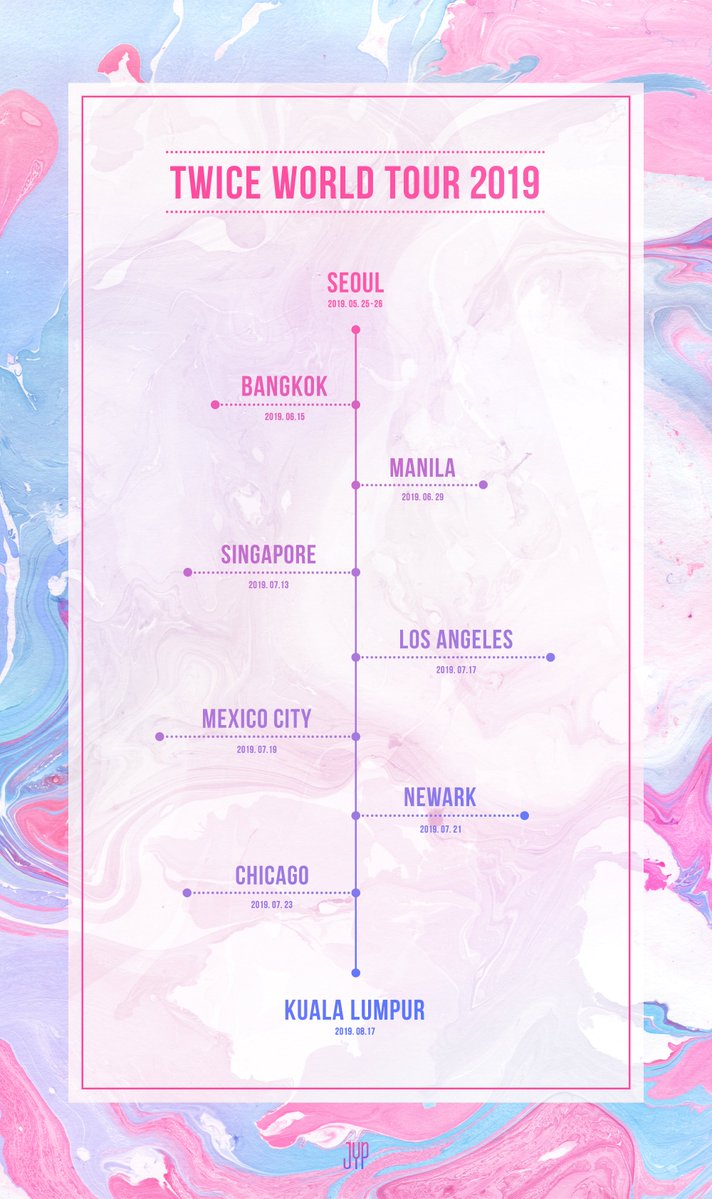