SHINee’s Minho Gives Acting Lessons To Si An, Soo Ah, And Seol Ah On “The Return Of Superman”

SHINee’s Minho transformed into an acting coach for Seol Ah, Soo Ah, and Si An!

On the April 7 broadcast of KBS 2TV’s “The Return of Superman,” Lee Dong Gook’s three kids practiced for their cameo appearance in the KBS drama “I Don’t Wanna Work” where they will appear as the CEO’s grandkids. This is their second cameo appearance after their previous experience on KBS 2TV’s “Laurel Tree Tailors.”

At home, they watched clips of dramas and reenacted certain scenes such as spitting out orange juice due to a shocking reveal or the iconic scene between Song Hye Kyo and Won Bin in “Autumn in My Heart.” Si An also dressed up to transform into So Ji Sub from “I’m Sorry, I Love You” and Song Joong Ki in “Descendants of the Sun.” 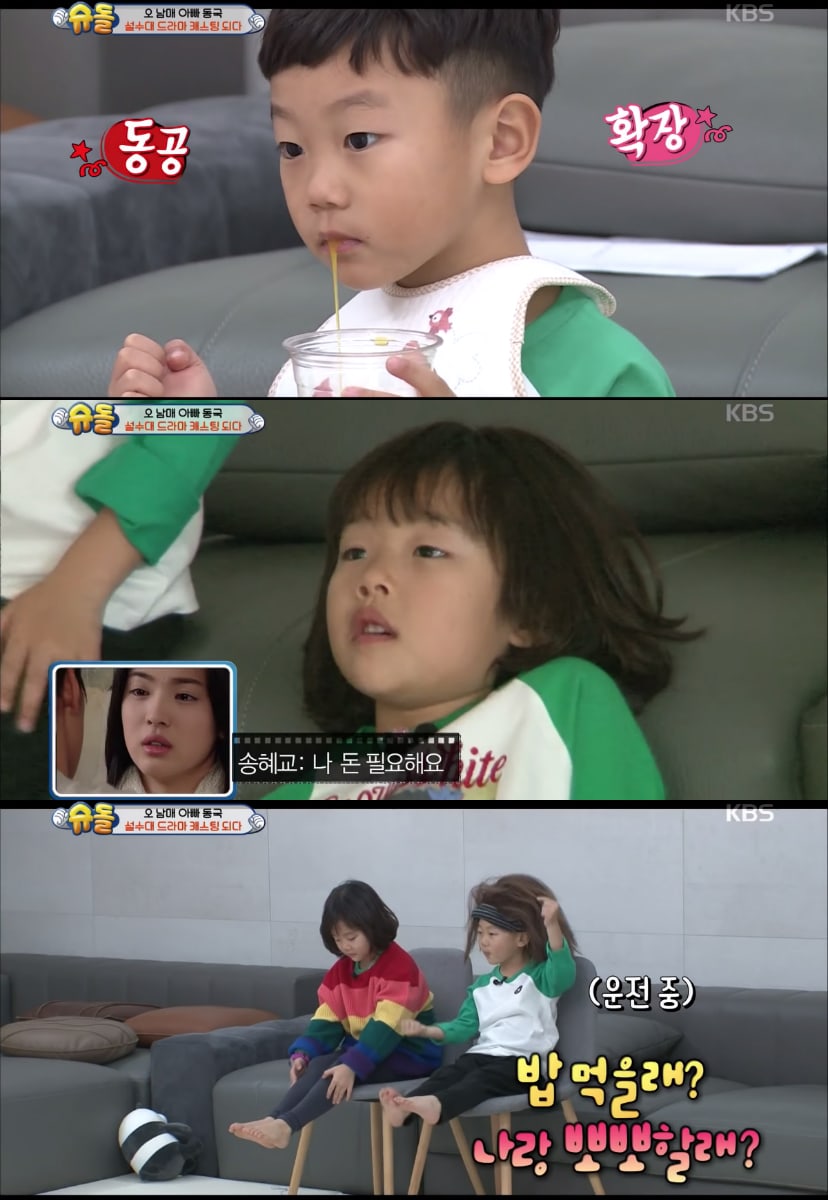 Lee Dong Gook then called in Minho to become their acting coach. The singer-actor gave his first tip which was to make a good first impression to the director, and the three kids dressed up in luxurious clothing to fit their characters.

Minho’s second tip was to practice pronunciation while holding a pen in his mouth followed by improvisatory acting. Si An suddenly fainted on the spot to pretend as if he was dead and didn’t wake up even when his dad and siblings hit him.

Minho asked, “Are you happy to see me after a long time?” and the kids answered yes. He continued, “But after I see you today, Si An, I might not be able to see you for a long time.” The kids asked why and Minho revealed that he was going somewhere. Soo Ah correctly guessed that he was going to the military, and Minho explained, “I am going to protect the country.” Minho will be enlisting in the Marine Corps on April 15.

Minho, Seol Ah, Soo Ah, and Si An gathered their hands to wish each other good luck. 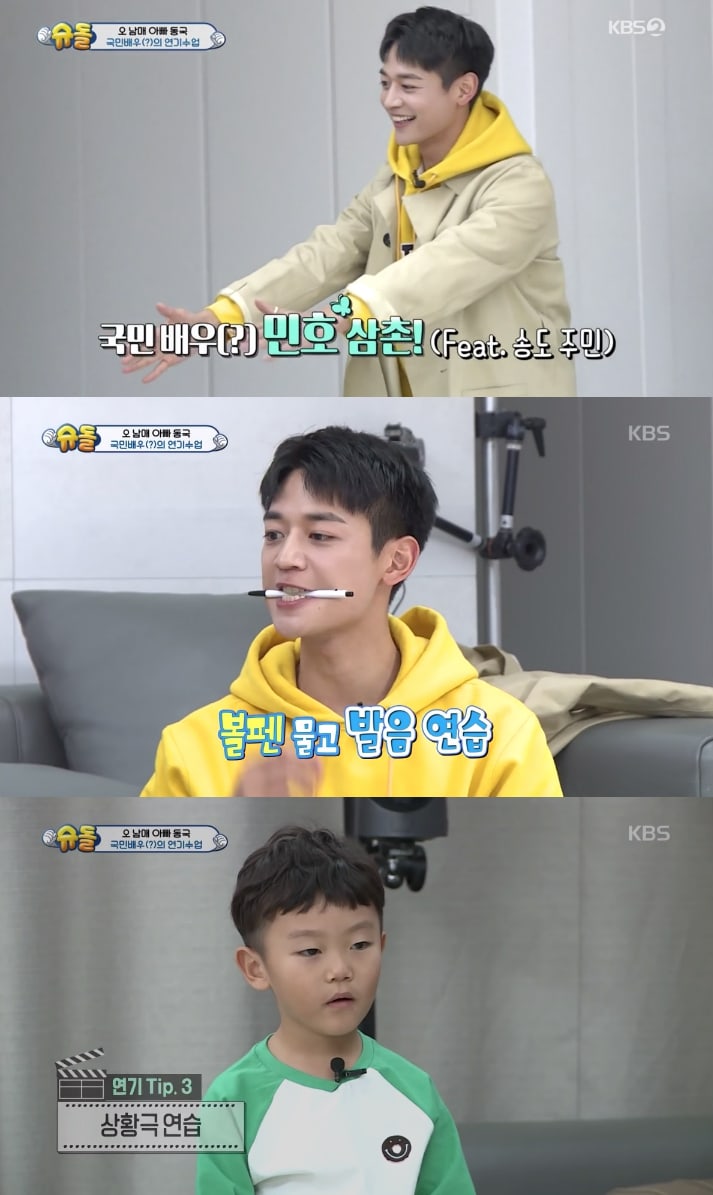 Check out the full episode of “The Return of Superman” below!

SHINee
Soo Ah
The Return of Superman
Seol Ah
Minho
Si An
How does this article make you feel?