A group of fans got to perform with Red Velvet on JTBC’s “Stage K”!

“Stage K” is a K-pop dance cover competition program where fans from all over the world compete to perform on a dream stage with a K-pop star.

On the April 7 broadcast, Red Velvet was the show’s first “dream star” who watched many teams perform covers of their songs on stage.

In the end, the final two teams were from Canada and the United States. The U.S. team was announced as the winner with 235 votes versus 184 votes, and the members began to cry. Chanelle from the U.S. team said, “I don’t know what to say. This is an unforgettable experience. It’s an honor to be able to perform with such talented artists.” The members of the eliminated German and Japanese teams also showed tears, saying they were thankful for the experience.

Red Velvet and the winning team then performed “Red Flavor” together, and the contestants were moved to tears as soon as the performance was over. After filming ended, Red Velvet consoled the teams from Japan, Germany, and Canada with hugs. 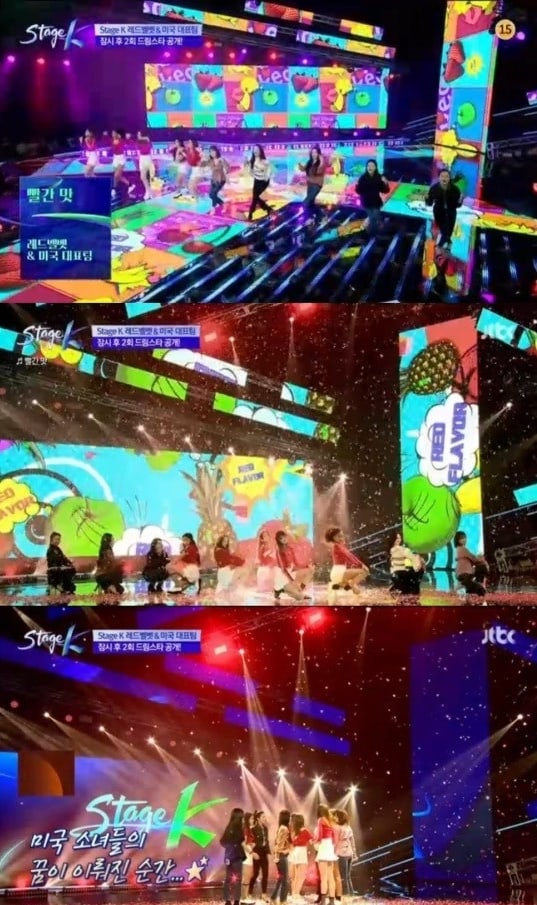 Check out Red Velvet and the winning team’s performance of “Red Flavor” below!

Red Velvet
Stage K
How does this article make you feel?