The distribution company CJ Entertainment has confirmed that “Girl Cops” will premiere on May 9. The film will tell the story of a pair of female detectives who come together uner unlikely circumstances to solve a digital sex crime case that most of the police force has written off. The film promises to provide fast-paced action and excitement as they deal with the highly relevant modern day issue of digital sex crimes.

Ra Mi Ran will be Mi Young, a former detective who was legendary in 1990s. New stills show her wearing a leather jacket and running at something with a hard glint in her eye in the past, whereas now she works as an action officer at a public service center.

Alongside her is Lee Sung Kyung playing Ji Hye, a hotheaded detective who receives disciplinary action after her actions gets her in trouble. She is sent to Mi Young’s division as a punishment and by chance, they stumble on evidence related to a digital sex crime. Most of the police force had written the case off due to the complicated procedures involved, but Mi Young decides to jump back in the field and team up with Ji Hye to solve the crime before it’s too late.

Ra Mi Ran and Lee Sung Kyung’s chemistry is set to make viewers laugh as they sit on the edge of their seats in “Girl Cops,” which will premiere on May 9 in theaters across Korea. 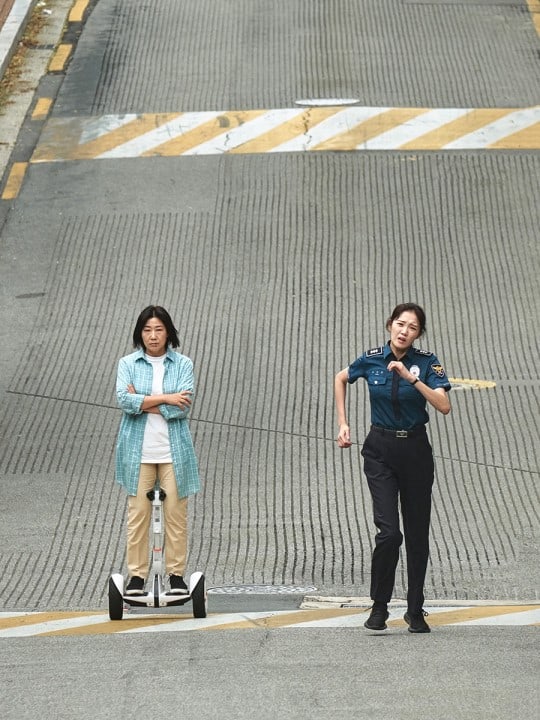