Park Hyung Sik has opened up about his upcoming military enlistment.

On April 9, Park Hyung Sik appeared on SBS’s “Night of Real Entertainment” with Moon So Ri to promote their film “Jurors” (literal translation).

When asked about her first impression of Park Hyung Sik, Moon So Ri said, “His face just shined and he has such a pretty face that looks like it came straight from a comic book. To be honest, I was curious at first of whether he’d be able to play the role of a young juror, but we got to know each other after a few days and I knew he’d do well.”

She added, “He has an innocence to him that makes me sometimes feel like he’s still a high school student, but now he’s enlisting in the military and I’ll be sad to see him go.” 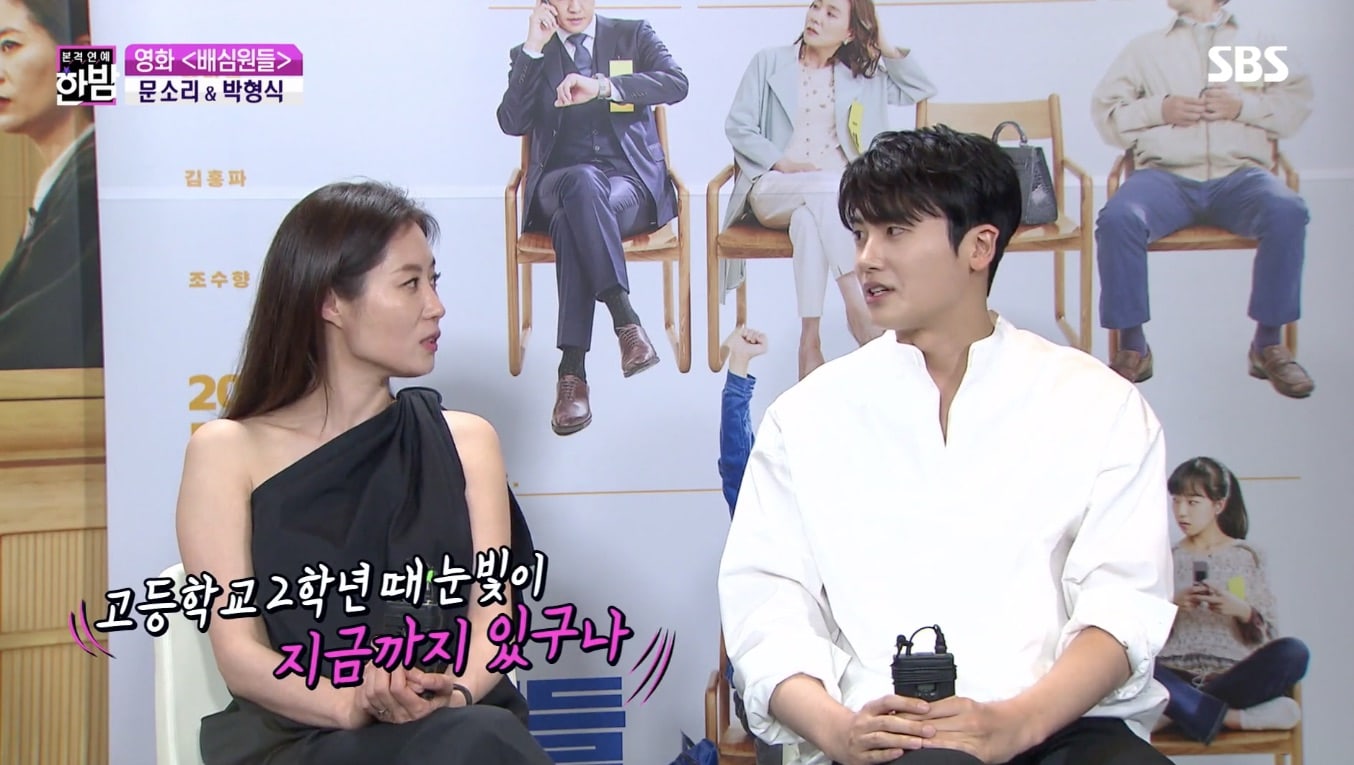 It was recently announced that Park Hyung Sik had applied to serve as a military police officer of South Korea’s Capital Defense Command. If he is accepted, he will enlist in June and if he is not accepted, he will enlist as an active duty soldier at the end of May. Park Hyung Sik had previously been praised for adjusting to military life well on MBC’s “Real Men,” and he said, “I didn’t know this, but military life suits me pretty well.” He also joked, “Since I have to go eventually, I wanted to apply to the division I received praise in.”

He also had a message for fans as he said, “I’ll be healthy and do well in the army. Please don’t worry about me, and thank you for always supporting me.” Hearing his heartfelt message, Moon So Ri teared up and said, “I think I’m going to cry.”

Moon So Ri
Park Hyung Sik
E-news Exclusive
How does this article make you feel?