Lee Jung Hyun talked about her marriage and husband on SBS’s “Night of Real Entertainment.”

Seohyun commented, “I was actually the first person to hear about her marriage. She told me while I was eating with her and it felt so dreamlike that I couldn’t sleep because I was so excited.” She joked that Lee Jung Hyun’s husband must have been someone who saved the world, since he is getting to marry her. She added, “Please take good care of her.”

During her interview, Lee Jung Hyun said, “I met my husband when I was introduced to him by a close friend. He’s a bit younger than me, but he’s really mature. He’s really sincere and kind. I really like children, so I hope to have three children if I have the time to do so.” Park Kyung Lim was the MC of the wedding and Baek Ji Young sang the congratulatory song. 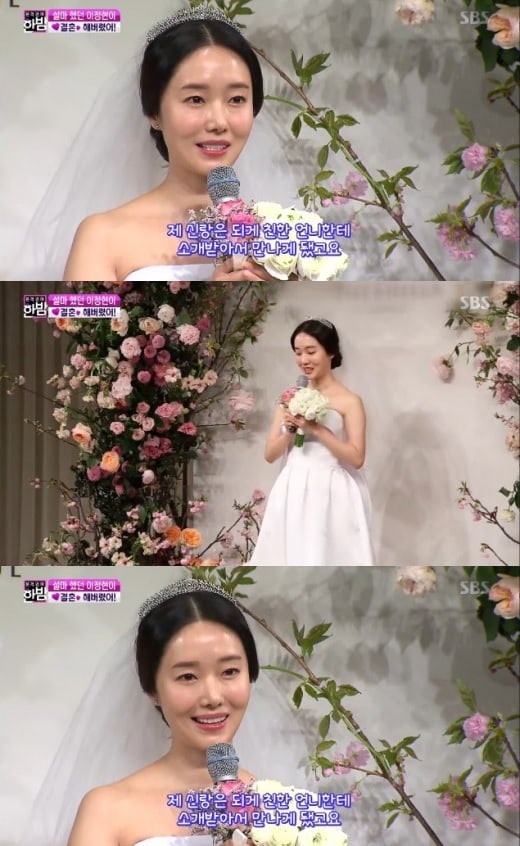 After the wedding, Lee Jung Hyun said, “I was really nervous. I don’t know if this is real or a dream. It doesn’t feel real.” When asked about a memorable moment, she revealed, “A male guest caught the bouquet, so Sung Yuri who was next to him was sad. It was a concept where married people could still catch the bouquet.”

The singer-actress said that she missed her husband since she was separated from him right after the wedding, and revealed that her pet name for him is “baby.”

“As soon as I saw him, I hoped that he’d like me, and we began dating because he liked me so much,” continued Lee Jung Hyun. “After work, he would look at his patient’s x-rays again and think about their treatment. Those kinds of things made me think he was great.”

She added, “He’s younger, but he doesn’t feel younger at all. He seemed like someone I wanted to be with forever until I died and it felt as if I couldn’t live if it weren’t for him.”

Lee Jung Hyun concluded with a video message to her husband, saying, “Honey, I love you so so much and thank you for choosing me. Let’s be together until the day we die. I love you.” 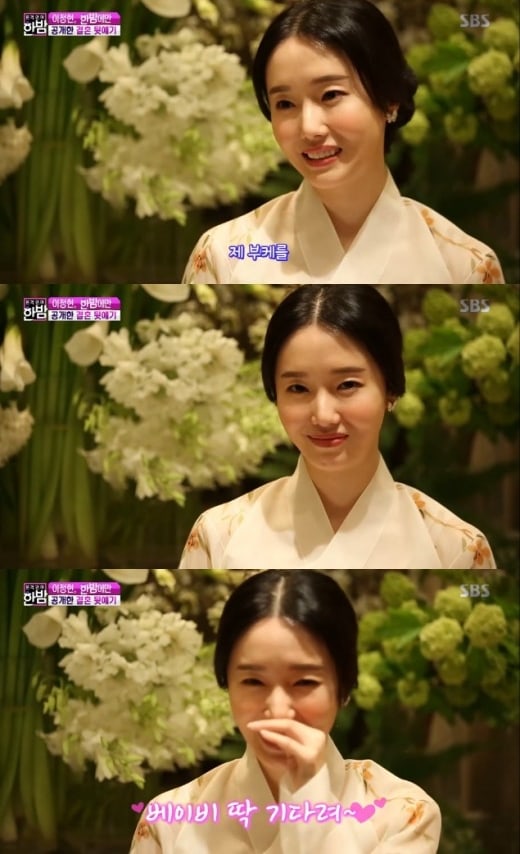 “Night of Real Entertainment” airs on Tuesdays at 8:55 p.m. KST. Check out a full episode below: