On the latest episode of MBC every1’s “Video Star,” iKON dished on some shocking secrets about their underwear!

The April 9 broadcast of the talk show featured a compilation of unaired footage from several of its past episodes, including iKON’s hilarious guest appearance from October of last year.

In newly aired footage from the show, Chanwoo revealed that Yunhyeong wrote his name on his underwear to mark it as his own. Yunhyeong responded by explaining, “Since we’re always together, we end up buying our underwear from the same places. So all of our underwear is the same.”

The other members agreed, with B.I recalling, “Because [our underwear] is all the same, there was one day when I was wearing my pants kind of low, and Jinhwan saw my underwear and suddenly asked, ‘Wait, is this [underwear] yours?’ I told him, ‘It’s mine!’ and he said, ‘No, it’s mine!'” Yunhyeong chimed in, “If you don’t write your name [on your underwear], that sort of thing happens.”

Jinhwan added with a laugh, “We had all been taking turns wearing that same underwear for months.” 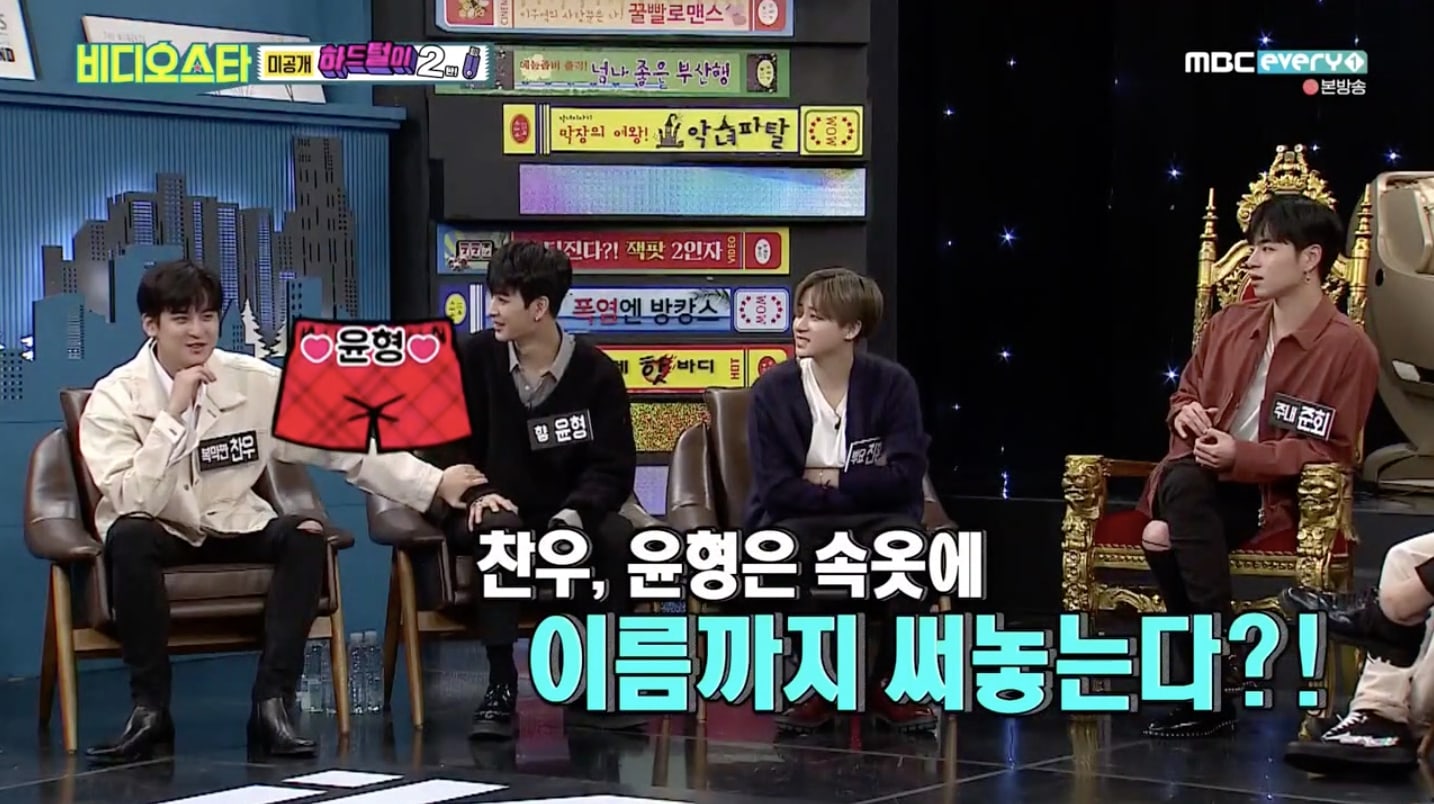 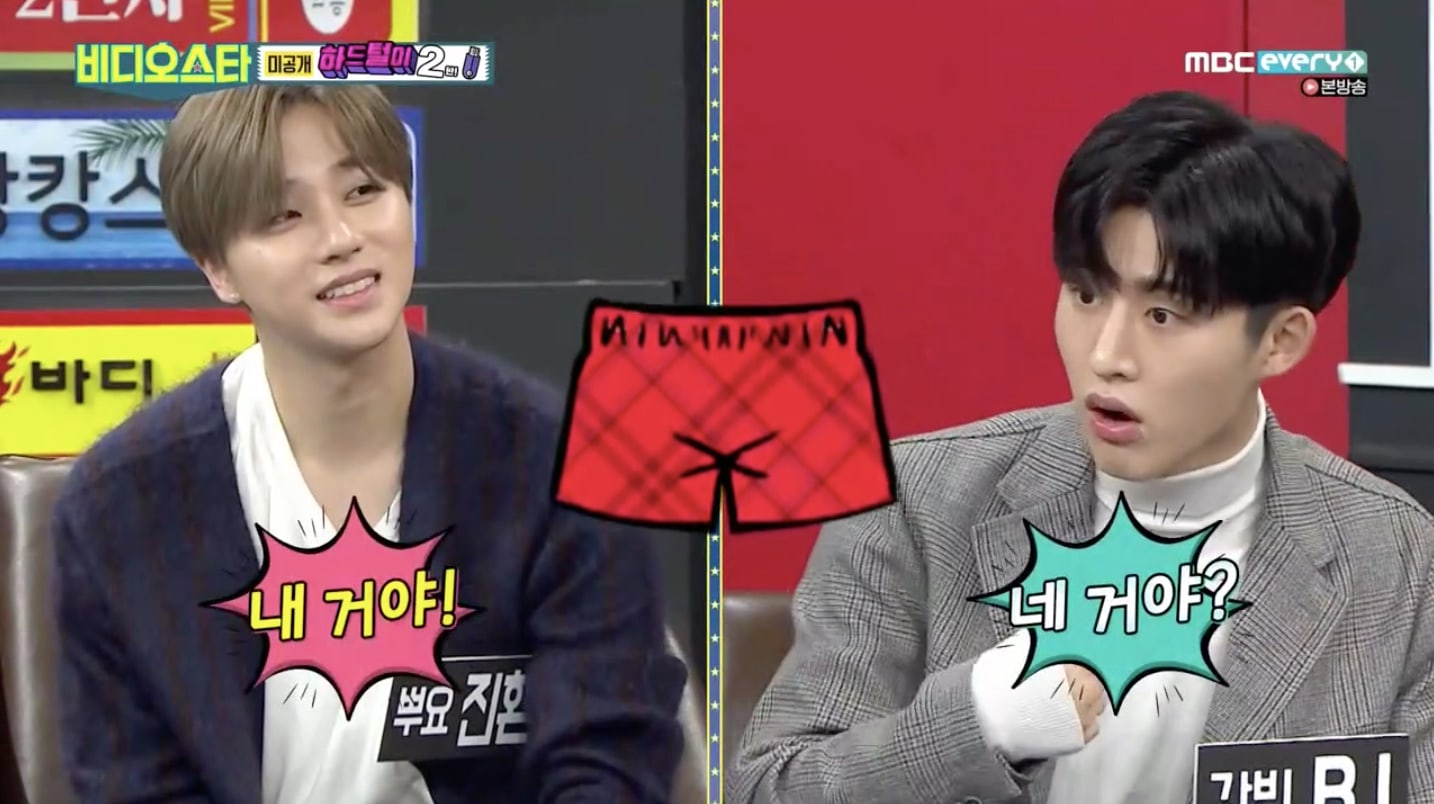 Junhoe remarked with amusement, “The [iKON] members aren’t that cool about it. What’s the big deal with just wearing whatever underwear’s available?”

As Junhoe protested, Yunhyeong explained to the hosts, “Junhoe is the most frugal out of all the members. He still wears the underwear that he wore six years ago, when he was a trainee.”

Junhoe defended himself by saying, “I wash it all the time. What can I do if the color changes over time? Isn’t it inevitable that white underwear will become less white over time?”

Yunhyeong went on, “So when I saw [Junhoe’s old underwear] lying out to dry, it made me so sad that I threw it out without telling him.” 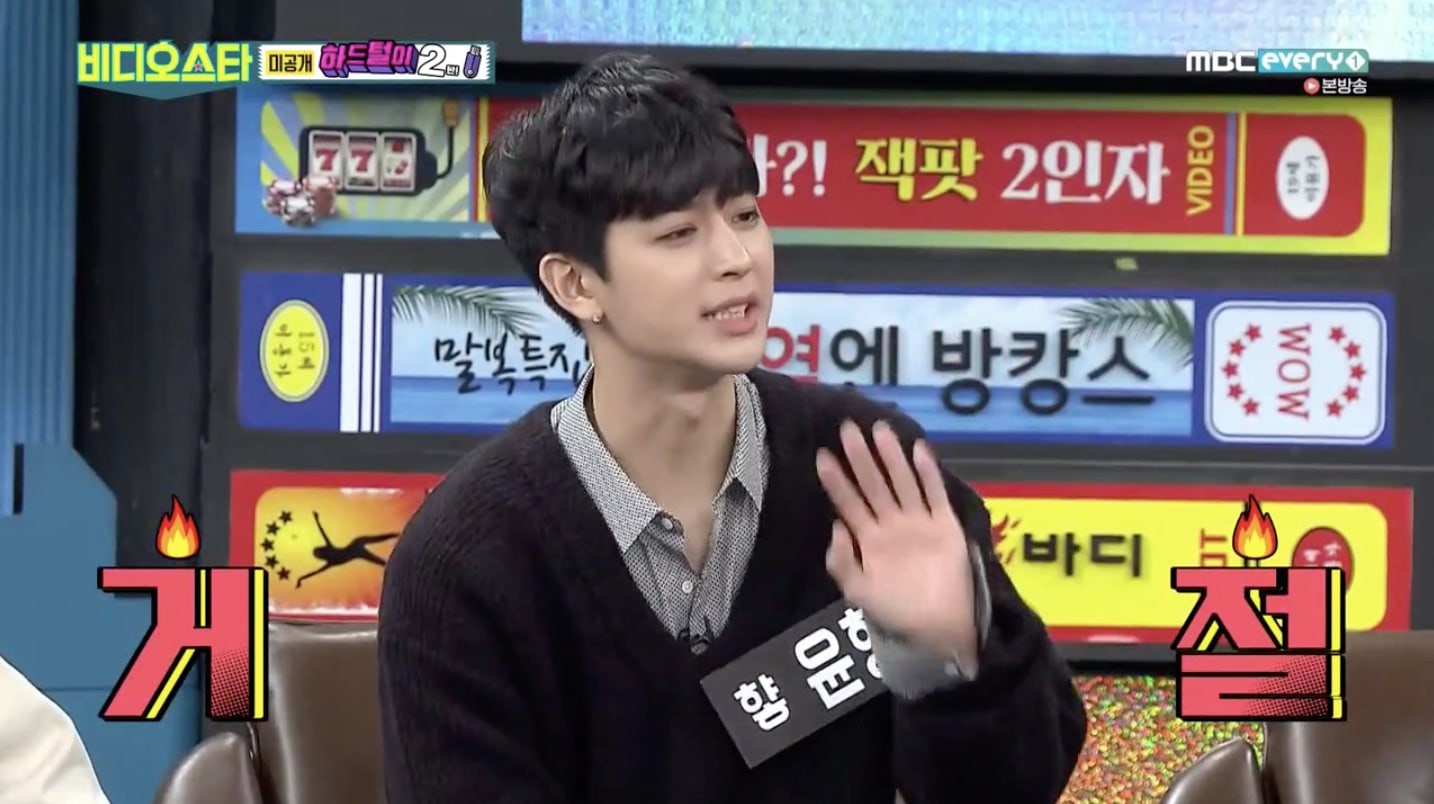 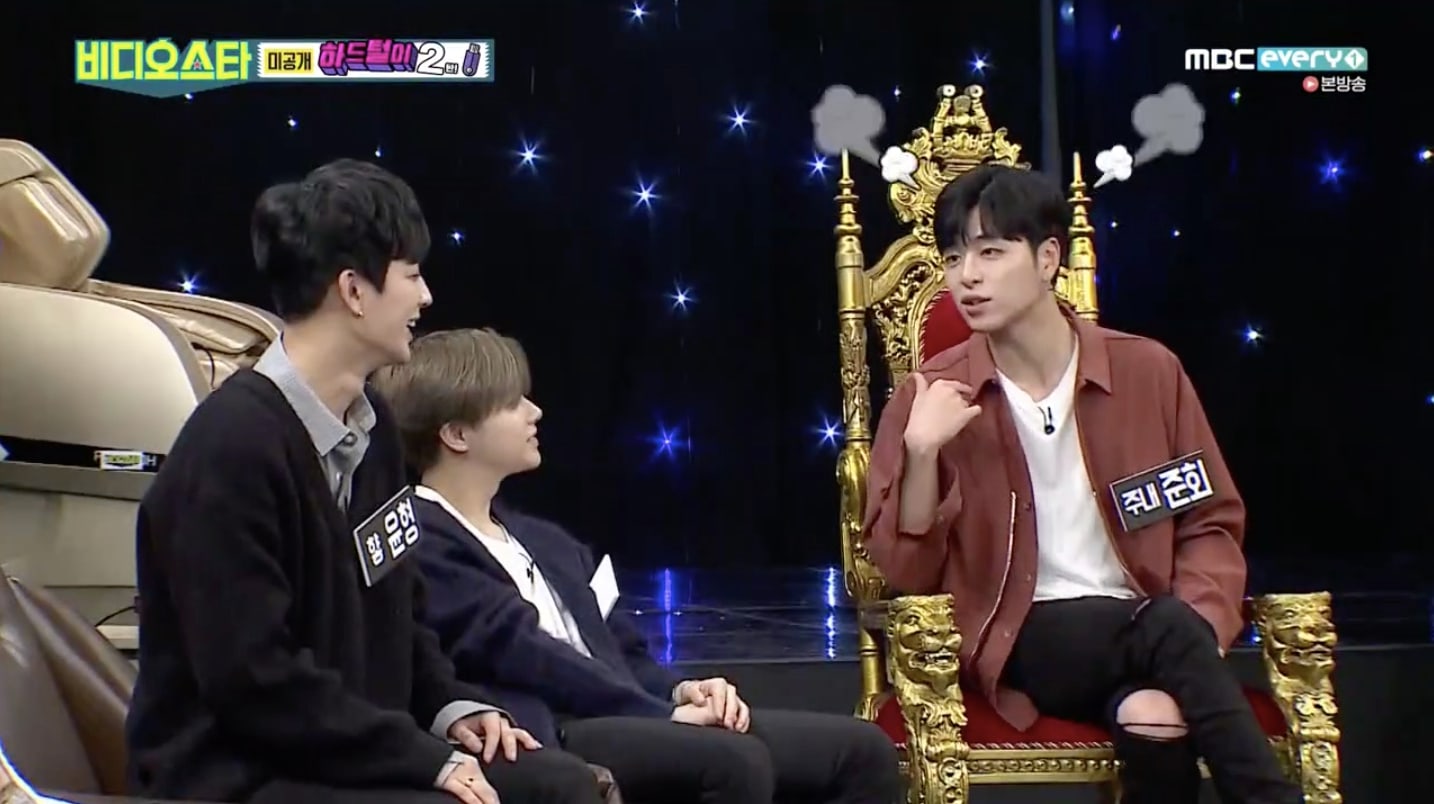 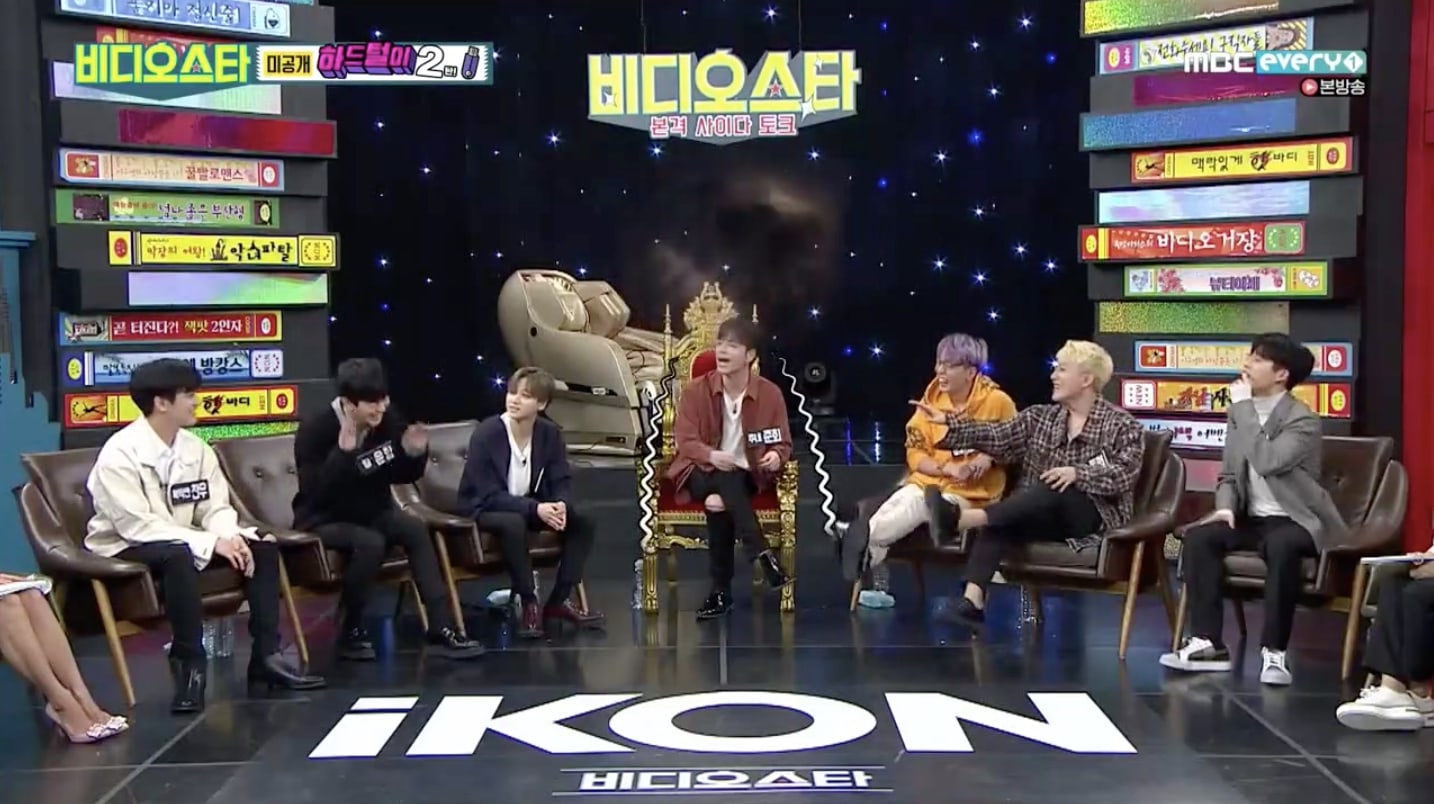