Exclusive: Epik High On Insomnia, The Inception Of “Sleepless In __________,” And Their North American Tour

“Legends only.” It’s how Epik High describes the people they’ve worked with on their latest release, like Isley Juber, BTS’ Suga, CODE KUNST, and EL CAPITXN. But it’s also how many describe Epik High.

The group’s been in the game since 2003, and they’ve always been unapologetically themselves. In an industry where countless new groups debut every year and groups are always trying out new looks and new sounds, Epik High remains unequivocally Epik High. “It’s possible for us to not rely on trends and waves because our music has always been diverse when it comes to styles and sounds,” says Tablo. “So, ironically, sticking to our guns is how we stay current.” Tukutz adds, “It must be working because even after 16 years, we are doing great and our fandom is still growing and expanding.”

Epik High’s latest EP, “Sleepless in __________,” is a sublime example of this versatility within a defined, but malleable sound. Tablo says that this time, “the inspiration came from within,” revealing that he was and still is suffering from insomnia. “We had one song done (‘Lovedrunk’) with which we developed the concept and made the other songs within this sleepless concept.” 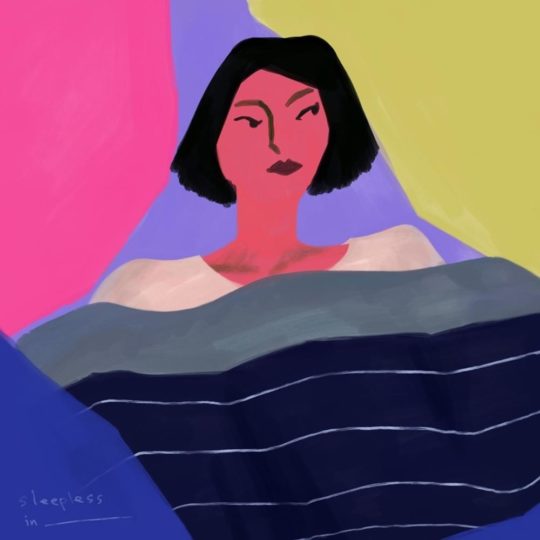 With deeply relatable lyrics like “Don’t feel pressured to keep up / The grown-ups saying ‘hurry, hurry’ / They’ve come to a stop / With their unfulfilled youth / they pass their impatience on to you,” Epik High strikes a deep chord with listeners, a distinct draw of the trio’s work since their “Remapping the Human Soul” era. Tablo, who initially dreamed of a career in film, describes Epik High’s albums “as soundtracks to films that don’t exist.”

“We want your life to be that film. Hopefully our music can accompany all of your beautiful dreams and struggles.”

With his passion for film, when asked if he has ever written for the screen, he said, “I’m always working on stuff, be it musical notes or words on a page. Till now I’ve been focused on music to tell the stories in my heart, but I’m always open to exploring the visual world. And of course, I’m still waiting to be cast into a Marvel film.”

While Tablo studied English in university as a gateway to film, Mithra dropped college early to pursue music. He said, “I started rap in high school and dropped out of college to pursue my music career, so my parents weren’t happy, but it didn’t matter. I’ve always been my own man. If I didn’t do music, I think I would have done art or design.” Tukutz, who also jumped off the college wagon, said, “If I didn’t do music, I’d be dead.”

And now, nine studio albums and two EPs later, Epik High finds themselves on a North American tour — their second — after making their maiden voyage across Europe earlier this year. The trio couldn’t express enough gratitude for the response that they’ve gotten, now six cities into their trek across North America.

“We really, really missed our fans and also wanted to say hello to our new ones.” 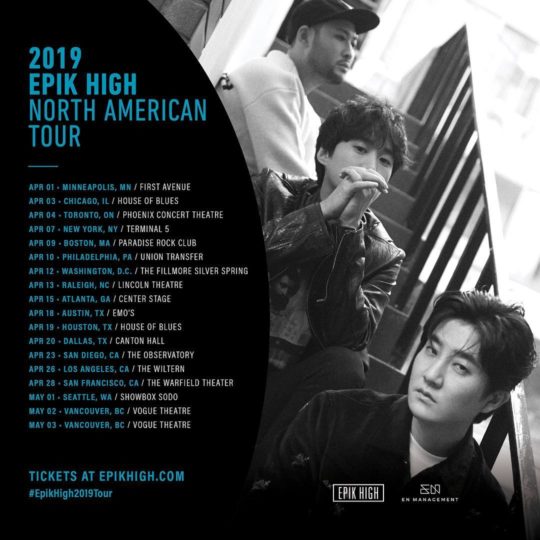 On their European leg, Tablo said, “We did 7 shows in 8 days. People told us we were crazy to even attempt that. And they were RIGHT (about us being crazy). We didn’t have time to sightsee much but the shows were beautiful. It was our first time touring there and definitely won’t be our last.”