On April 10, Sooyoung appeared as a guest on KBS KkulFM’s “Park Won’s Kiss the Radio” to promote her upcoming film “Memories of a Dead End.”

“Last year, I held an exhibit and released my first solo song,” said the singer-actress. “This year, the films that I’ve done will premiere one after another. I’m half excited and half worried.”

When asked about the difference between the feelings she experiences before the release of an album versus a movie, Sooyoung replied, “When I released my solo track, I didn’t expect the description of a ‘solo debut.’ I just wanted to let my fans hear my voice. The title of a ‘solo debut’ felt burdensome.”

After listening to Taeyeon’s latest title track “Four Seasons,” Sooyoung said, “Although this was a song released in spring, it felt like fall. It’s a song that can change the atmosphere. There isn’t a genre that I think of when I think of Taeyeon because she can pull off all genres. She’s a singer who makes me look forward to what song will come out every time a new song is released.” 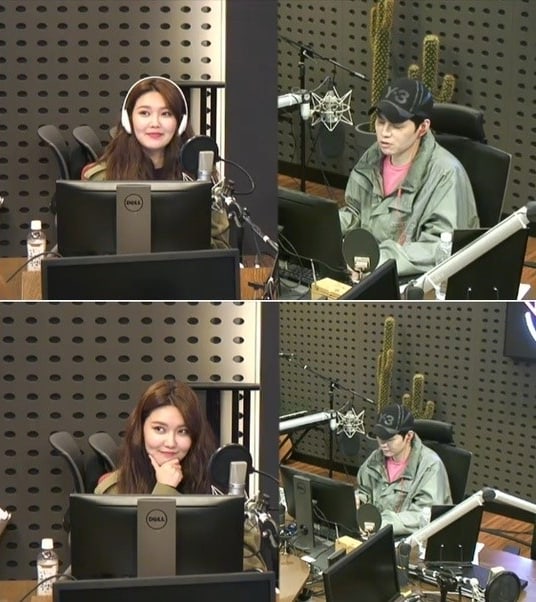 Sooyoung then introduced the film “Memories of a Dead End.” She said, “It’s a film based on Yoshimoto Banana’s book. It’s a story about a Korean tourist named Yumi (played by Sooyoung) who goes to Nagoya in search of her boyfriend, unexpectedly goes through a breakup, and finds healing after running into café manager Nishiyama (played by Tanaka Shunsuke) at the end of an alley.”

She continued, “Since it’s a collaboration between Korea and Japan, many people ask which side it falls under. It’s a film with Japanese sentiment. There are some unkind parts and there are also people who are comparing it to the original novel. I think it’s a film that resolves the growing pains of life.”

Sooyoung concluded with a laugh, “I want to try playing a strong role of a conman who has the vibes of a big boss.”

Girls' Generation
Sooyoung
Park Won's Kiss the Radio
How does this article make you feel?