Park Min Young has arranged a special dinner for the actors and staff of tvN’s Wednesday-Thursday drama “Her Private Life” to celebrate its first episode! 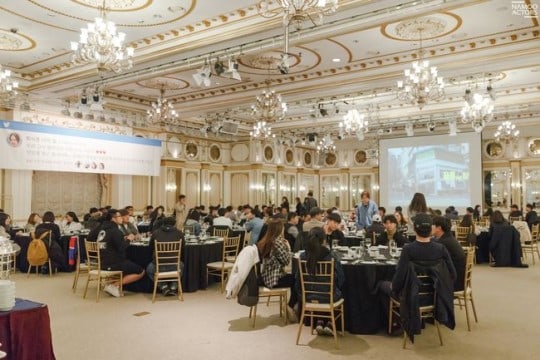 Cast members including Kim Jae Wook, Ahn Bo Hyun, ONE, Park Jin Joo, and Kim Bo Ra, as well as 150 staff members, attended the dinner that night. As the mood maker and a figure who leads the filming from the front lines, Park Min Young showcased her characteristically bright attitude to create a cheerful atmosphere at the dinner. Photos from the dinner show Park Min Young standing next to a banner reading, “Let buffets make the world beautiful. Today, Duk Mi is treating everyone!” 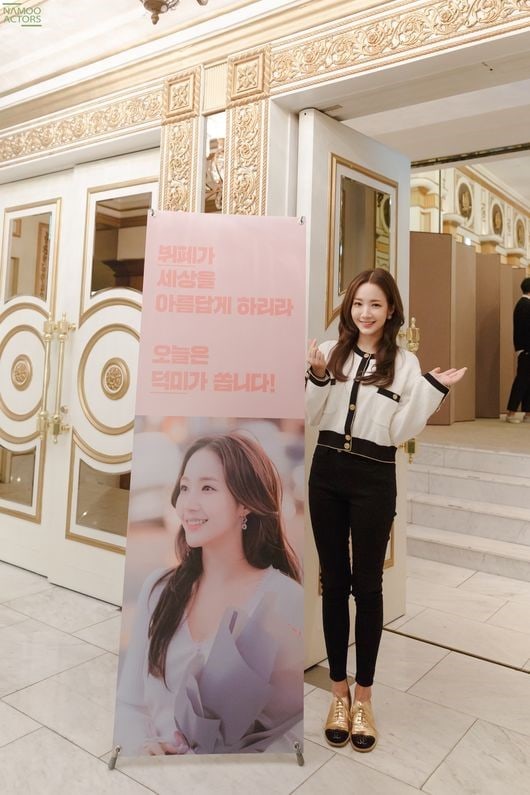 At the dinner, there was a large banner edited to look like a Twitter post reading, “Dinner support for our ‘Her Private Life’ members. You have to gain strength after eating well. Let buffets make the world beautiful.” Together, the team tuned in together for the premiere of “Her Private Life.” 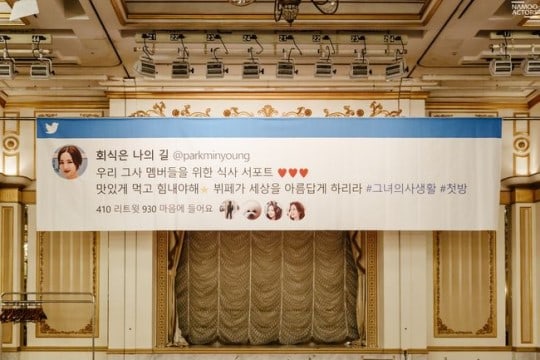 “Her Private Life” airs every Wednesday and Thursdays at 9:30 p.m. KST. Watch the first episode on Viki below!

Park Min Young
Her Private Life
How does this article make you feel?