Something is brewing between Park Min Young and Kim Jae Wook in new stills from tvN’s “Her Private Life”!

The first episode followed Sung Duk Mi and Ryan Gold crossing paths a total of three times. First was when they met at an art auction as a curator and a genius director, fighting over the same painting. Then, their second meeting was in the airport, when Sung Duk Mi was hiding her identity as a fan and Ryan Gold had been swept away in a sea of fans and bumped into her. The ending showed Ryan Gold making a surprise appearance at Sung Duk Mi’s art gallery, drawing intrigue at what kind of relationship the two will have.

The new stills show how close they unexpectedly get as Sung Duk Mi is seen holding Ryan Gold’s hand. He had been admitted to the hospital and she fell asleep at his bedside watching over him, and the two end up holding hands throughout the night. 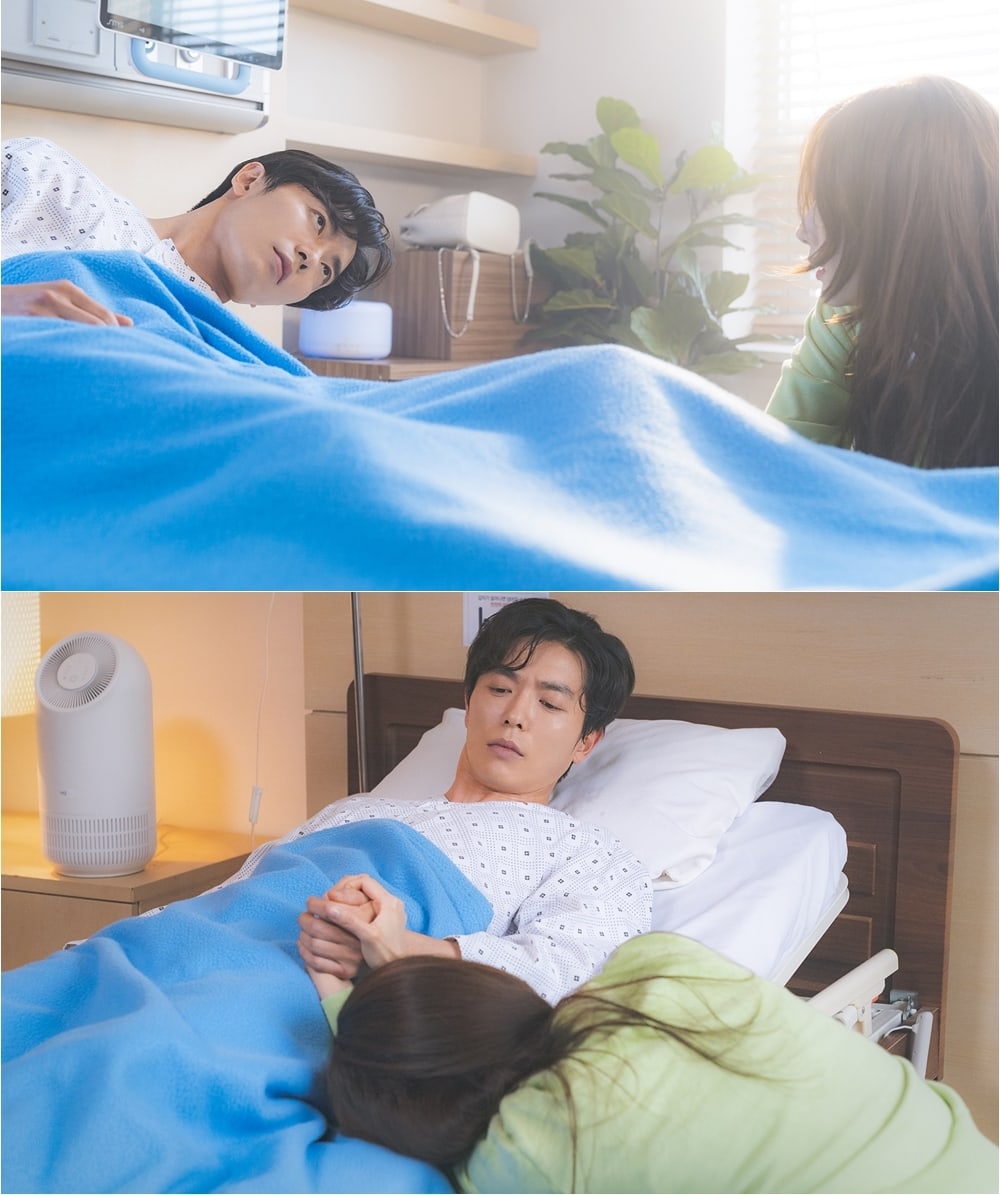 When he wakes, Ryan Gold is confused as to why they are holding hands, and he leans in to look more closely at Sung Duk Mi, which frightens her when she wakes up. Though their first encounter may not have been on the best of terms, the new stills get hearts racing as viewers wonder whether this is the start of a beautiful romance or something else entirely.

The next episode will at on April 11 at 9:30 p.m. KST. Catch up with the premiere of “Her Private Life” below!