JTBC gave further details in a report on April 11 related to the group chatrooms including celebrities and non-celebrities where illicit videos and photos of women were shared without their consent.

It is reported that a non-celebrity member of the controversial group chatrooms was recently booked by the police on suspicions of rape.

JTBC states that there are at least two mentions of the word “rape” in a chatroom that Jung Joon Young was in, as well as a word meaning “loss of consciousness.” The members of the chatroom have denied allegations of sexual assault.

JTBC’s “Lee Kyu Yeon’s Spotlight” shared an interview with lawyer Bang Jung Hyun, who submitted the contents of the group chatrooms to the Anti-Corruption & Civil Rights Commission on behalf of an original whistleblower who chose to remain anonymous.

He stated, “Firstly, there are videos and photos taken of a woman who is not conscious. There are about 10 photos and videos of what could be presumed as forced sexual assault.”

Bang Jung Hyun said the victims he’s met do not remember the events at all, and added that there is a photo of a victim where her clothes are being taken off. He stated that the victims in this case do not know that they are victims, even if they were raped. He shared suspicions that gamma hydroxybutyrate (GHB) was used.

The lawyer went on to say, “There was a situation in which a woman was moving and speaking in gibberish, but she was talking. She doesn’t remember it.”

“Her eyes were closed, she was not conscious, and her body was slumped over,” he said. “Anyone could tell that it was clearly rape. I don’t know if she was drugged. It looked serious.” 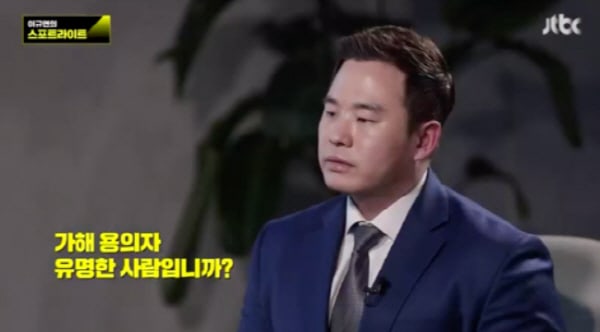 He said that the perpetrators appear to be some of the people in the group chatroom, including a celebrity. There are four people presumed to have been involved in the act, with at most six people there at the time.

Bang Jung Hyun said, “A woman is not a human being there. She only appears to be a tool, a way for them to satisfy their sexual desire. They act like, ‘Since she’s not even a human being, I can use her to satisfy my desire and then throw her away.’ There was even the expression ‘throw away’ actually used.”

He went on to say that one person has decided to undergo an investigation. When asked if the suspected perpetrator in that case is famous, Bang Jung Hyun replied that it is a famous person.