During the show, Lee Soon Jae said that there is something he wants to tell his junior celebrities. He started, “Popularity follows celebrities. In the past, popularity didn’t make a lot of money. Shin Goo and I have acted for a long time, but we don’t own a single building. However, that is not the case these days. It is profitable. Even if you film one advertisement, you make a lot of money.”

He continued “We are not formal public figures according to societal standards, but we hold the responsibility of public figures because all of our actions can influence the audience and youth.”

Lee Soon Jae concluded, “The legal judgment will be made, but I think they have the wrong mindsets. I see them as people who should drop out on their own. It is most important to manage yourself when your popularity rises.” 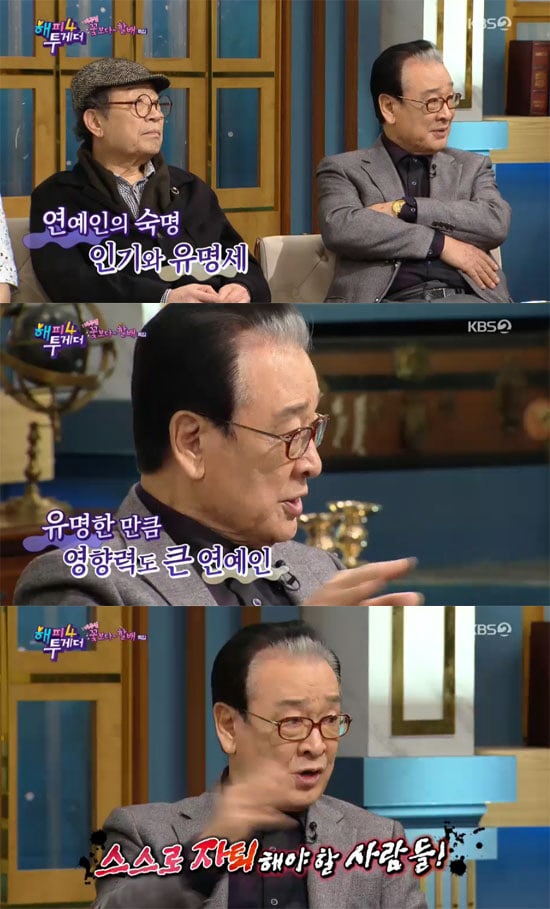 Watch the latest episode of “Happy Together” below!

Happy Together
Lee Soon Jae
How does this article make you feel?