Often at around 45 episodes, 60 episodes, or even 90 episodes, Chinese dramas are long. Veeery long. Especially when you’re super busy with your studies or work and can’t commit much time to your drama watching endeavors because you don’t want to start watching a series that will take you months to finish.

Luckily, C-dramas with only 25 or even fewer episodes also exist. They usually don’t air on TV but on Chinese streaming sites like iQIYI, Tencent, Youku, Mango TV, and Sohu TV. The Chinese web series presented in this article are light and fun and thus serve as great stress relievers from our busy everyday lives. While they are short in episodes and short on money in comparison to blockbuster productions that aim for a TV release, they nonetheless don’t fall short in terms of delivering addictive plots with endearing characters.

Here are nine C-dramas to check out when you need a breather from your busy life! 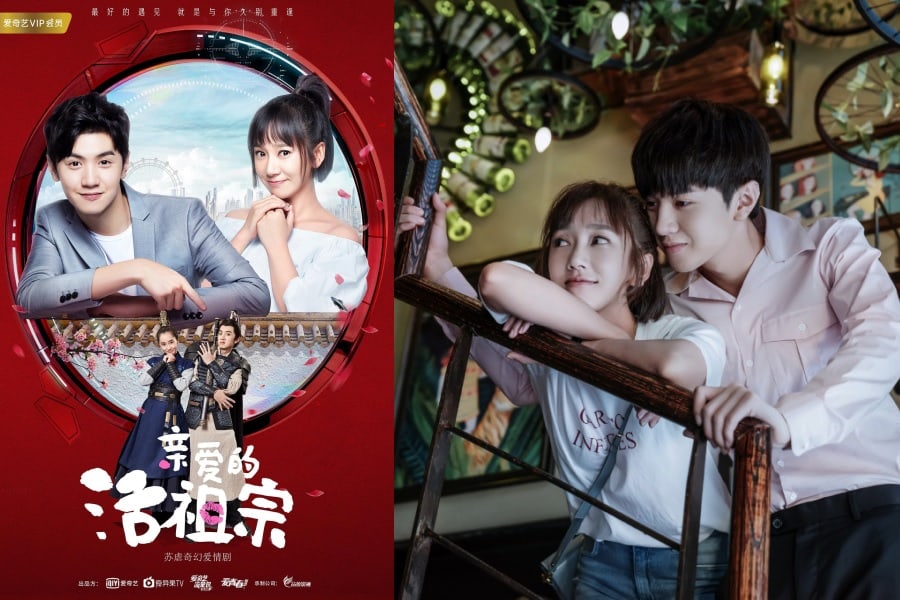 What happens when a general from the Han dynasty falls into a deep sleep to wake up in the year 2020? Find out in fantasy rom-com “Hello Dear Ancestors.” Our general Zhen Jun (Chen Zhe Yuan) is so adorably clueless about the rules of the modern world that you can’t help but love him. And female lead Zhen Ke Yi (Dong Qing) is not your average heroine either; she’s a tomboy who doesn’t need a man in her life. Fun fact: The name Zhen Jun sounds similar to “real general” while Zhen Ke Yi sounds similar to “is really something” in Chinese. 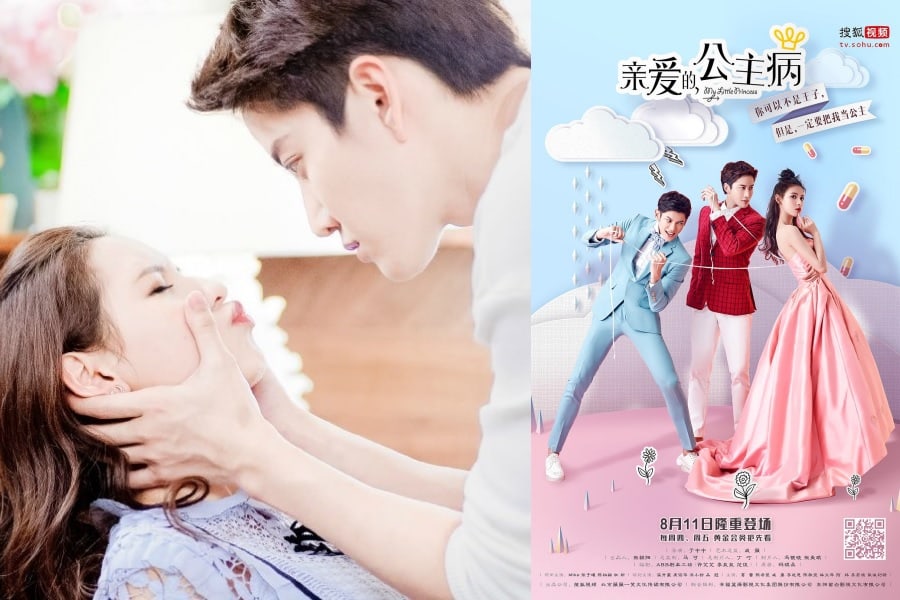 “My Little Princess” is a modern fairytale with lots of cuteness and fluff. Female lead Lin Xing Chen (Zhang Yu Xi) has a super-rich mom and suffers from princess syndrome. Her pride is broken when her arranged fiancé Zheng Chu Yao (Kenji Chen) clearly shows her that he’s only interested in a poor classmate who attends the same college. Lin Xing Chen vows to take revenge by making him fall head over heels for her and then dumping him; however, Jiang Yu Nian (Thai actor Mike D’Angelo), another student from the same college, somehow always upsets her plans.

“A Love So Beautiful” 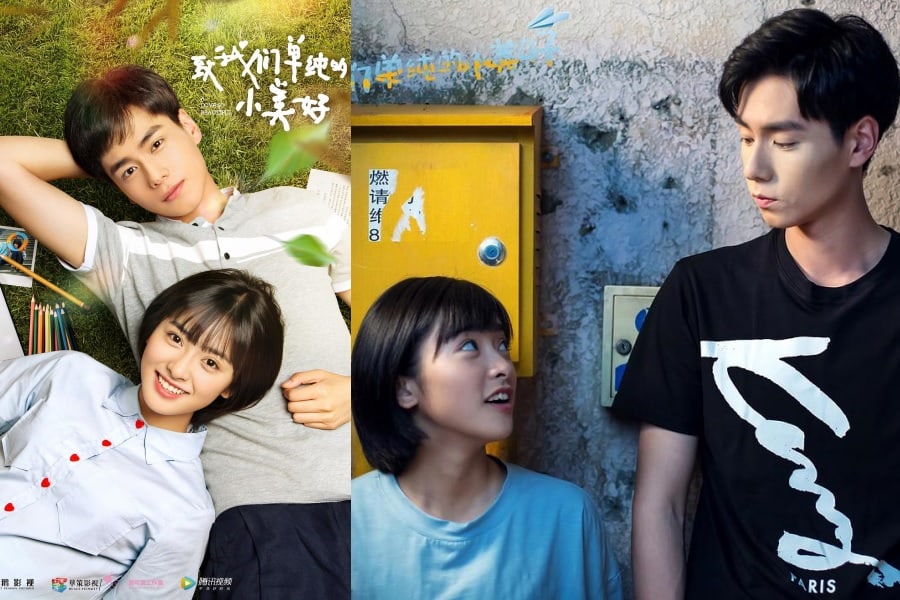 If you haven’t seen this international megahit yet, then it’s about time. Rookie actress Shen Yue captivated the hearts of international drama fans in no time with her natural portrayal of a simple and straightforward high school girl who proactively chases after her crush Jiang Chen (Hu Yi Tian), her classmate who’s cold on the outside but warm on the inside. For once it’s the girl who chases the boy, which makes for a fresh watching experience.

Start watching “A Love So Beautiful”: 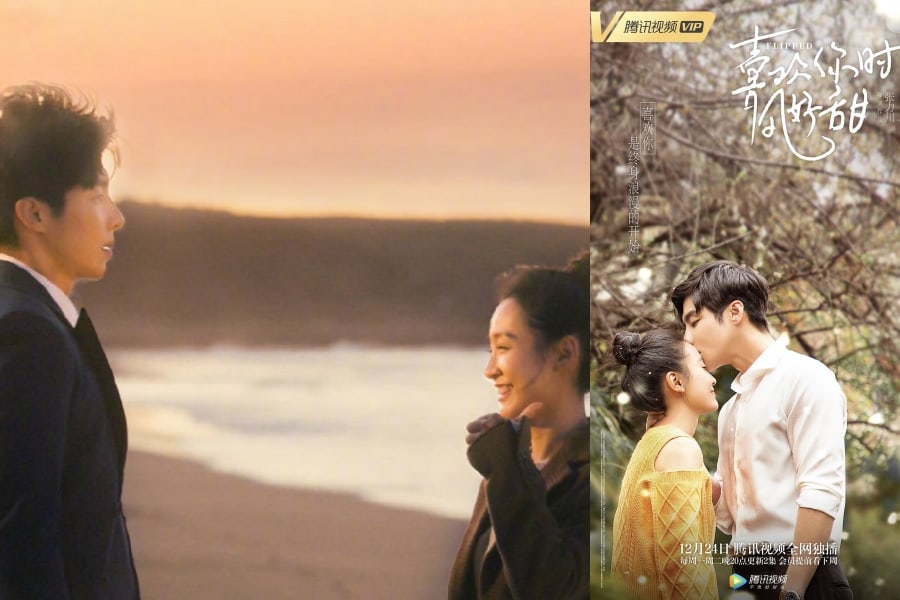 Ever dreamed of escaping reality by teleporting yourself to a beautiful summer beach in the blink of an eye? Well, the male lead in “Flipped” Qi Xun (Gao Han Yu) is capable of exactly that. He can teleport to any place as long as he sees an image of his desired destination. On top of that, his sister can see into the future. Their gifts come with some hefty side effects though, and when Qi Xun tries to approach painter Feng Shuang Shuang (Charlene Chen) who might be the one person who could possibly heal them, a sweet love story ensues. 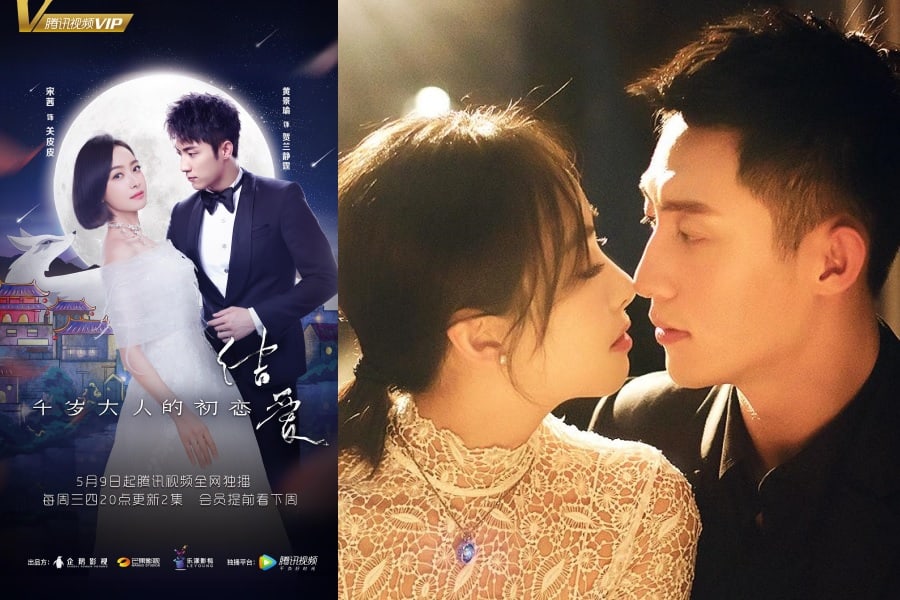 This fantasy rom-com is actor Johnny Huang‘s long-awaited drama comeback after his debut in the sleeper hit BL drama, “Addicted.” He is one of China’s most promising young actors and has recently been awarded Best Newcomer for his movie “Operation Red Sea” at the prestigious Asian Film Awards.

In “The Love Knot: His Excellency’s First Love,” he plays He Lan Jing Ting, a fox in human form who is blind during the daytime. He has been searching for every reincarnation of his human lover, who is cursed to not live past the age of 25, for a thousand years. Every time, he makes her fall in love with him again, but this time when he finds her in Guan Pi Pi (Victoria Song), things don’t go as usual. 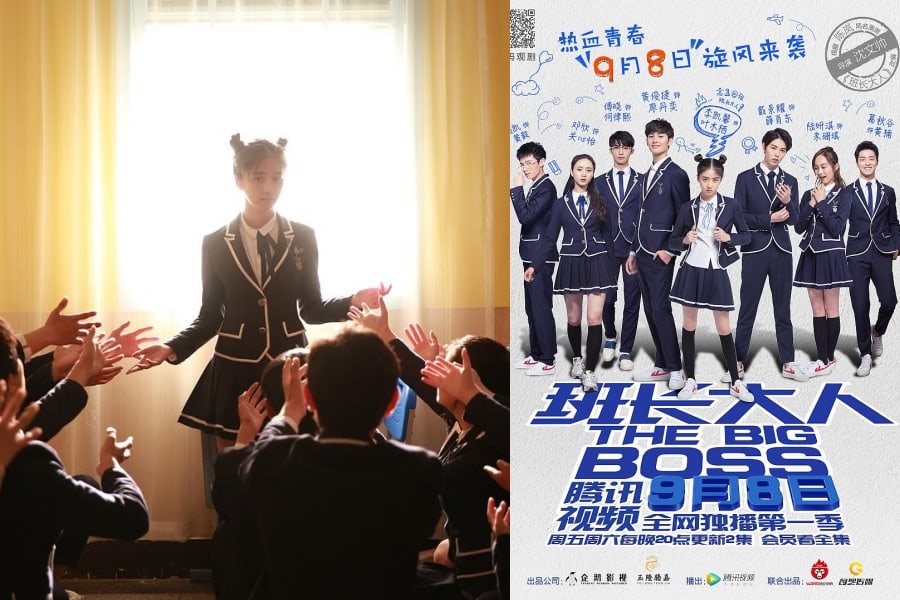 This hilarious high school drama mixes quirky female lead Ye Mu Xi (Eleanor Lee)’s lively imagination with real events. On her first day of high school, Ye Mu Xi is shocked to find out that her childhood frenemy Liao Dan Yi (Huang Jun Jie) is in the same class as her, again. On a whim, she decides to snatch the class president title from Liao Dan Yi lest he should use his power to discipline her as he used to every school year. If you’re looking for more comedy than romance, “The Big Boss” is your right bet. 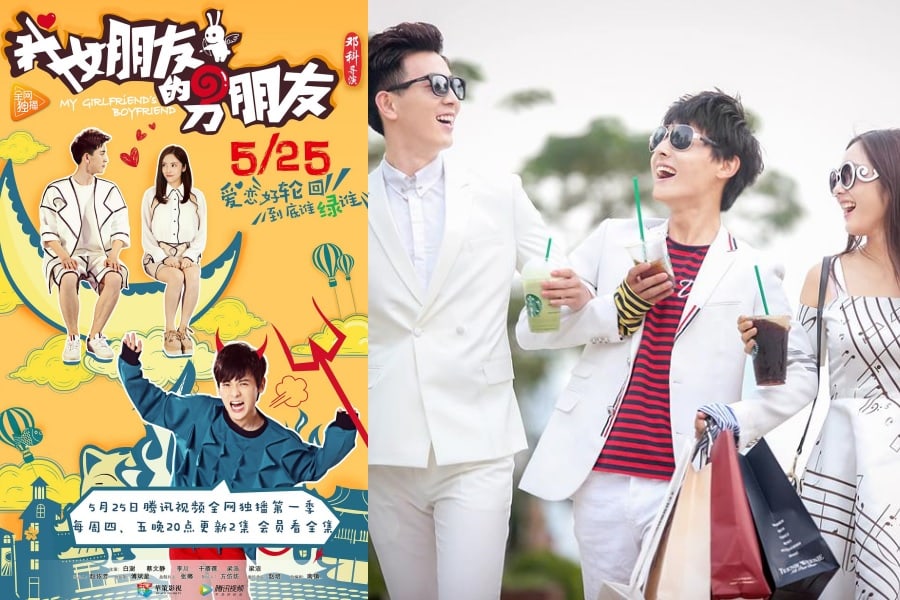 Male lead A Zhai (Bai Shu) is an otaku who gets to purchase his ideal lover robot but ends up ordering a male one (played by Leon Li) by mistake. Luckily, he can also claim a female one (played by Elvira Cai) – just to make another mistake and let her fall in love with the male robot, which creates a hysterically funny mess.

The story concept could as well be seen as a parody of the Japanese hit manga “Zettai Kareshi” by Yuu Watase, which was successfully adapted into a Japanese as well as a Taiwanese drama. If you loved “Zettai Kareshi,” mark your calendars, the Korean adaptation “Absolute Boyfriend” starring Yeo Jin Goo and Minah is coming next month! 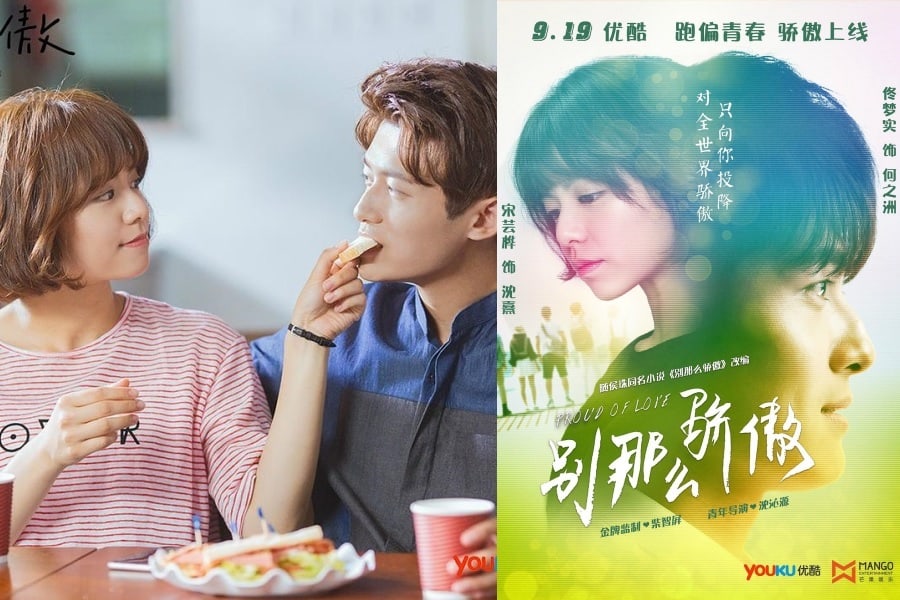 In “Proud of Love,” two university students, who had a rather unpleasant first encounter, end up swapping bodies. Even though body-swapping is an old drama trope, it always remains fun to watch. Also, the drama doesn’t take itself too seriously which results in even more hilarious situations. Leading the drama are Vivian Sung and Tong Meng Shi and joining them as the second male lead is Darren Chen, best known for starring as one of the F4 in the recent remake of “Meteor Garden,” which is based on the classic Japanese manga “Hana Yori Dango” by Kamio Yoko. 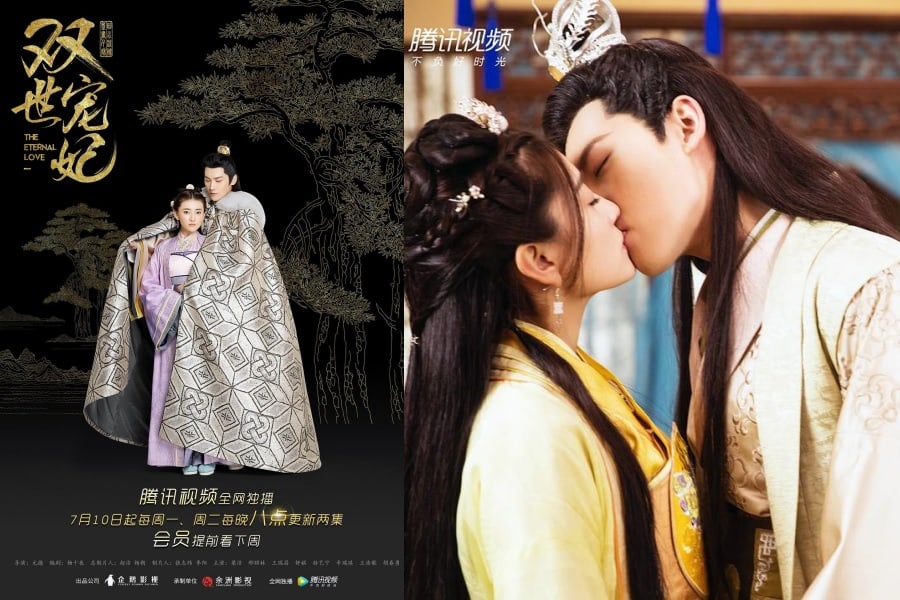 Who said historical dramas can’t be short? “The Eternal Love” has all the important elements of a palace drama: the fight for the throne, scheming concubines, assassination attempts, and many more. The main focus, however, lies on the romance between the 8th prince of the fictional Dongyue country, Mo Lian Cheng (Xing Zhao Lin), and Qu Xiao Tan (Liang Jie), a sassy woman from the present who accidentally time-traveled and now shares a body with Mo Lian Cheng’s wife, Qu Tan Er.

This little drama is full of sweet and intimate couple moments and was such a huge success that a third season is already in the making. And if you still want more of Xing Zhao Lin and Liang Jie’s sizzling chemistry, you can rejoice, for they will reunite in “You Are My Destiny,” the Chinese remake of the classic Taiwanese drama “Fated to Love You“!

Hey Soompiers! How much time do you spend watching dramas? Do you take the time to watch longer dramas or do you prefer shorter ones? Are there any other short and sweet C-dramas you’d recommend?

Currently watching: “The Brightest Star in the Sky,” “Love in Sadness,” “Welcome to Waikiki 2,” “Beautiful World,” “Special Labor Inspector, Mr. Jo”
All-time favorite dramas: “Ode to Joy,” “Back in Time,” “Children of Nobody,” “My Ahjussi,” “Welcome to Waikiki”
Looking forward to: “From Survivor to Healer,” “Detective L,” “Hope All Is Well With Us,” “A Journey to Meet Love”

Soompi Spotlight
The Eternal Love
The Big Boss
The Love Knot: His Excellency's First Love
My Little Princess
Proud Of Love
Hello Dear Ancestors
Flipped
My Girlfriend's Boyfriend
A Love So Beautiful (C-drama)
How does this article make you feel?