Several K-pop stars were honored at the 2019 Weibo Starlight Awards!

The ceremony took place on April 11 in Hong Kong, celebrating stars, topics, and corporations for their performance on Weibo —one of the largest social media platforms in China — over the past year.

While accepting his award, Nichkhun reflected on his recent solo album “ME” and his experience of composing all the tracks including title “Lucky Charm” and coming up with the album’s overall concept.

During his acceptance speech, Mark shared how he likes to post things that interest him in the moment or things he would like his fans to see on Weibo. He also added that he was continuously working to improve his Chinese, in particular his writing ability.

The idol also took to GOT7’s Twitter and wrote, “To our Ahgases (nickname for their fan club IGOT7) who made it possible for me to win this award! I sincerely thank you and love you.”

While he could not attend due to a prior schedule, Sehun thanked fans through a video message shown at the ceremony. In a mixture of Chinese and Korean, he expressed his gratitude to not only those who voted, but also to everyone who loves and supports K-pop and EXO. 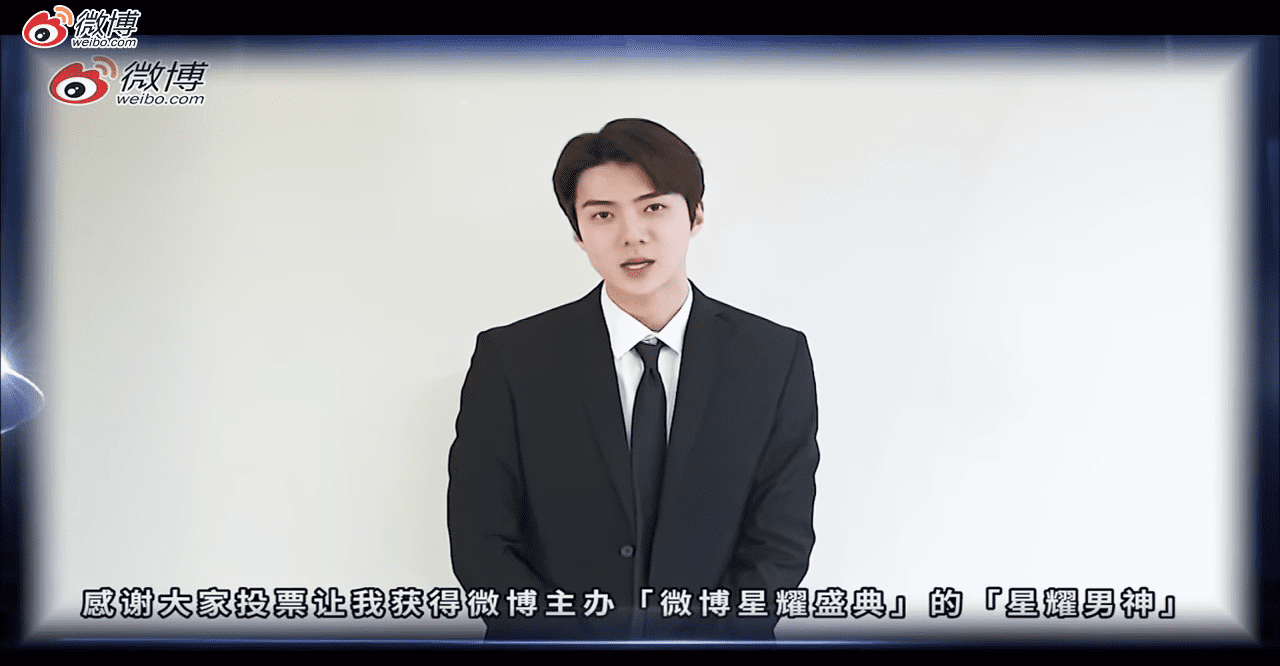 GOT7
EXO
2PM
Nichkhun
Sehun
Mark
2019 Weibo Starlight Awards
How does this article make you feel?