SBS’s Monday-Tuesday drama “Haechi” has shared new stills of Jung Il Woo and Lee Kyung Young focused on their script behind the scenes.

“Haechi” is a historical drama about Prince Yeoning (Jung Il Woo), a troublesome prince who cannot become a king. In an attempt at claiming the throne, he is accompanied by a detective (Go Ara), a royal inspector (Kwon Yool), and a street clown (Park Hoon). 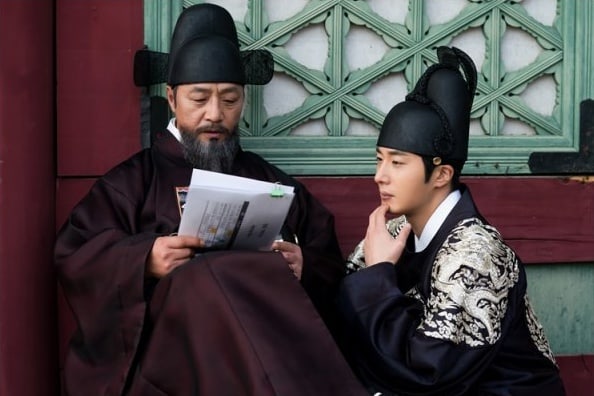 The two look like brothers as they practice their lines and share advice, making viewers more excited about their chemistry on-screen.

The latest episode marked the beginning of Prince Yeoning’s new era. Min Jin Heon (Lee Kyung Young) was revealed to have collaborated with the prince, stating that he would be by his side from now on.

The production staff shared, “Jung Il Woo and Lee Kyung Young showcase a strong junior to senior relationship on set. The two look after each other as Jung Il Woo frequently seeks advice from Lee Kyung Young, who in turn has endless praise for the younger actor. Viewers will be able to see more from their relationship in the future, so please look forward to it.”

Check out the latest episode of “Haechi” below!