Kim Dong Han has personally revealed that he is making a comeback soon!

On April 14, Kim Dong Han held a live broadcast on Naver’s V App to celebrate 300 days since his solo debut. During the show, he looked back on important moments in his career as a singer, from appearing on Mnet’s “Produce 101 Season 2” to being a part of project group JBJ and then making his solo debut. 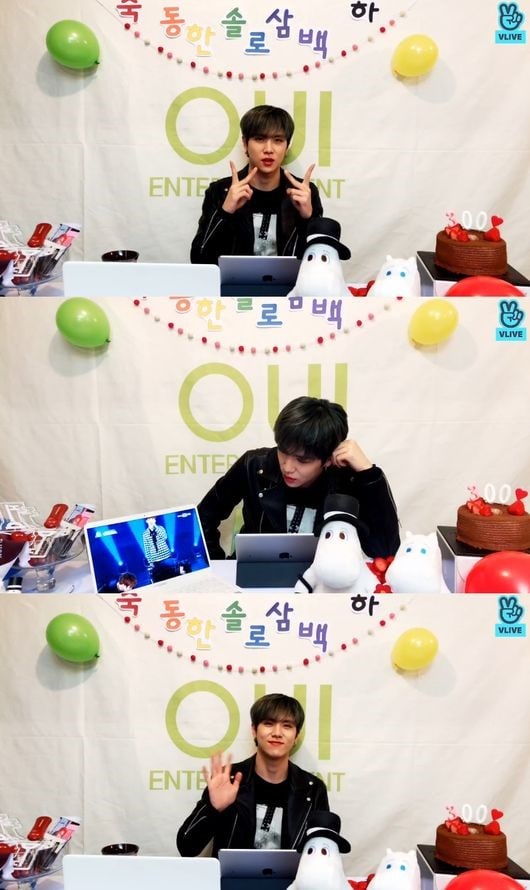 After sharing many memories and behind-the-scenes moments with fans, Kim Dong Han surprised everyone with the announcement that he will be making his next comeback on May 1.

He raised anticipation for the upcoming release as he said, “I personally participated in creating the choreography for the new song. The dance moves are so intense that while filming a practice run, my legs cramped up,” and “The concept will be powerful, sexy, and fresh. It’s going to be really different and cool.”

This will be Kim Dong Han’s first comeback in seven months since his second mini album “D-NIGHT,” and he is currently working hard to finish up preparations for his album.

Are you excited for Kim Dong Han to return?

Kim Dong Han
How does this article make you feel?