“Nokdu Flower” has given a glimpse into the drama’s first shoot!

The drama follows two half-brothers during the Donghak Peasant’s Movement in 1894, a protest where Eastern Religion leaders and peasants in Jeolla Province joined forces against the government and its push for Catholicism.

Jo Jung Suk shows stellar, intense acting as the gruff Baek Yi Kang, getting in physical fights and shooting daggers out of his eyes at everyone. He shares, “The first shoot for a drama is always full of tension and awkward. For ‘Nokdu Flower,’ the director, staff, and actors have great chemistry, and the atmosphere is great. 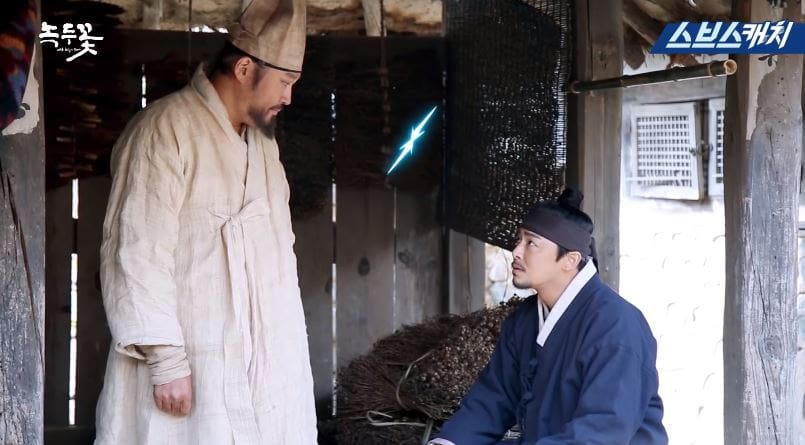 Yoon Shi Yoon is full of elegance and propriety as Baek Yi Hyun. He braves the cold winter with hand warmers and gloves, and he comments, “I feel this whenever I end a project and start a new one. It feels like everything’s been reset. I can’t remember how to memorize lines, express emotions, and move in front of the camera. It feels like I’m wearing traditional clothing and have gone through a time slip. I’m filming very comfortably.” He added, “I can feel the winter wind pretty directly, so it feels like I’m filming in basically a t-shirt. I’ve layered my clothing, but it is still pretty cold.” 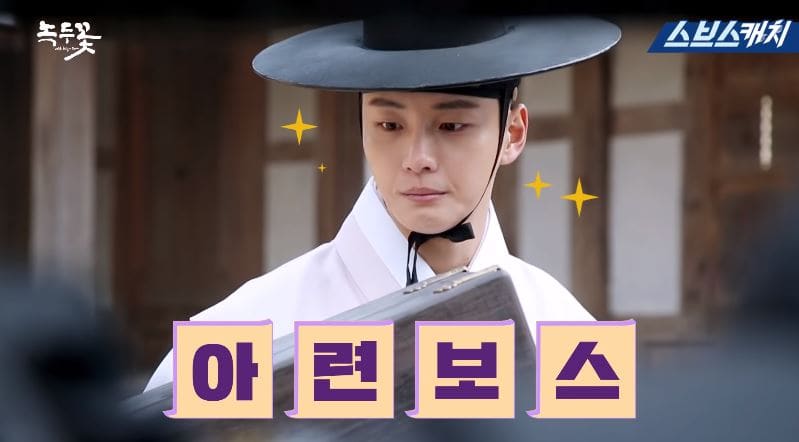 Han Ye Ri exudes a vivacious personality as Song Ja In. She has fun with her co-stars, easily laughing when she makes mistakes and hanging around with them on set. She remarks, “Even though we’ve started the first shoot, it doesn’t really feel like it. It’s a bit awkward acting as Ja In right now, but I am going to work hard to become her.” 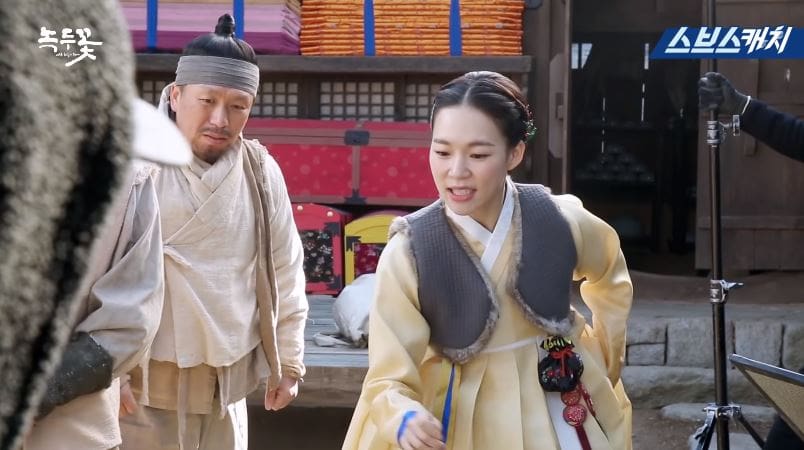 “Nokdu Flower” will air its first episode on April 26.