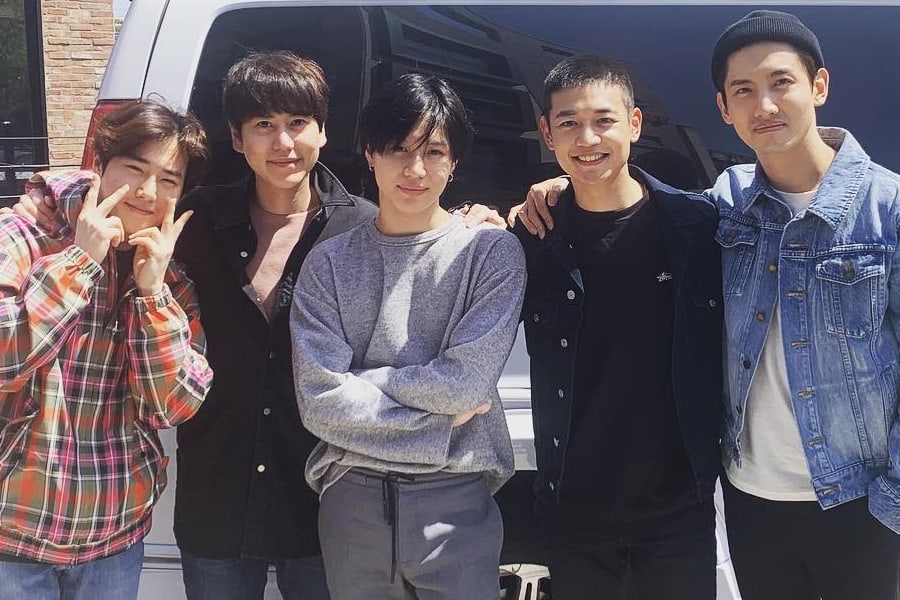 Members Of EXO, SHINee, TVXQ, And Super Junior Send Minho Off To Military

Several of SHINee’s Minho’s SM Entertainment labelmates accompanied him on his way to enlist in the military!

On April 15, EXO’s Suho, TVXQ’s Changmin, Super Junior’s Kyuhyun, and SHINee’s Taemin saw Minho off as he enlisted in the Marine Corps. Later on, Changmin took to Instagram to post a photo of the five artists posing together, along with the caption, “Time may not be on your side, Minho… People who’ve [served in the military] know…”

He added in the hashtags, “Farewell, Minho,” “Come back healthy,” and “Choongsung.” (“Choongsung” is a military greeting that Korean soldiers use to salute each other in the army. The literal meaning in Korean is “loyalty.”)

In response to the post, Super Junior’s Choi Siwon commented, “Oh, so sweet of him…”

SHINee’s Taemin also posted a photo of him posing with Minho on the group’s official Instagram account. The caption reads, “Healthily and safely.”

We wish Minho all the best during his service!