KBS’s new Wednesday-Thursday drama “Angel’s Last Mission: Love” is a love story between an angel and a ballerina. INFINITE’s L stars as the accident-prone and optimistic angel Dan, and Shin Hye Sun stars as the prickly and arrogant Lee Yeon Seo, a privileged heiress who was forced to give up her dream of becoming a dancer after losing her eyesight in an accident.

On April 15, the “Dan, Only Love” production team revealed the first stills of Shin Hye Sun, pictured wearing a simple navy blue dress and practicing ballet. She seems to be in deep thought, making viewers wonder what has her preoccupied. 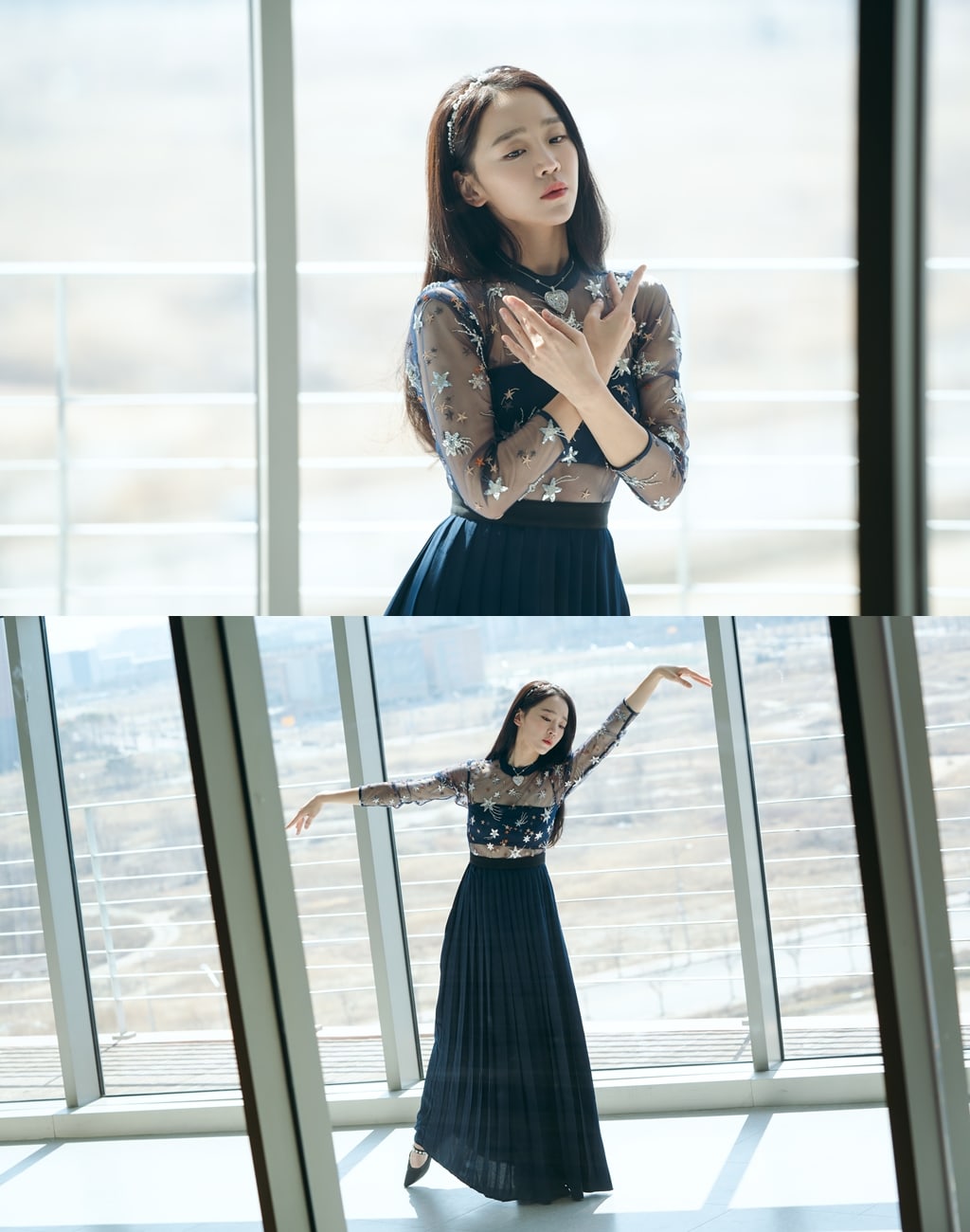 A source from the drama production team shared, “Shin Hye Sun was deeply focused on her character since the first filming. Please look forward to her return to the small screen as ballerina Lee Yeon Seo and her transformation.”

“Dan, Only Love” is scheduled to premiere on May 15.