I.M and ELHAE have shared an MV teaser for “Horizon”!

I.M first mentioned his wish to collaborate with ELHAE during a V Live broadcast in 2017. ELHAE responded positively to I.M’s request, and the two artists were finally able to meet.

ELHAE also took to his Twitter account to announce the special collaboration. Read what he had to say below:

About 2 years ago I came across a k pop group called Monsta X. Soon after i learned one of the members named I.M. was a fan of mine and wanted to work together on something. After all this time I’m happy to say it’s coming.
4.19.19 you’ll hear “Horizon”. pic.twitter.com/5vWxo1GAtR

MONSTA X’s I.M has dropped the first teaser for his upcoming solo mixtape!

On April 15, I.M shared an intriguing teaser image for his new mixtape “Horizon,” which he previously revealed will include an English-language collaboration with an American artist. The image features what appear to be lyrics to one of I.M’s new songs, as well as the words “SUN RISE AND SUN SET.”

I.M also officially announced that “Horizon” will be released on April 19 at midnight KST. 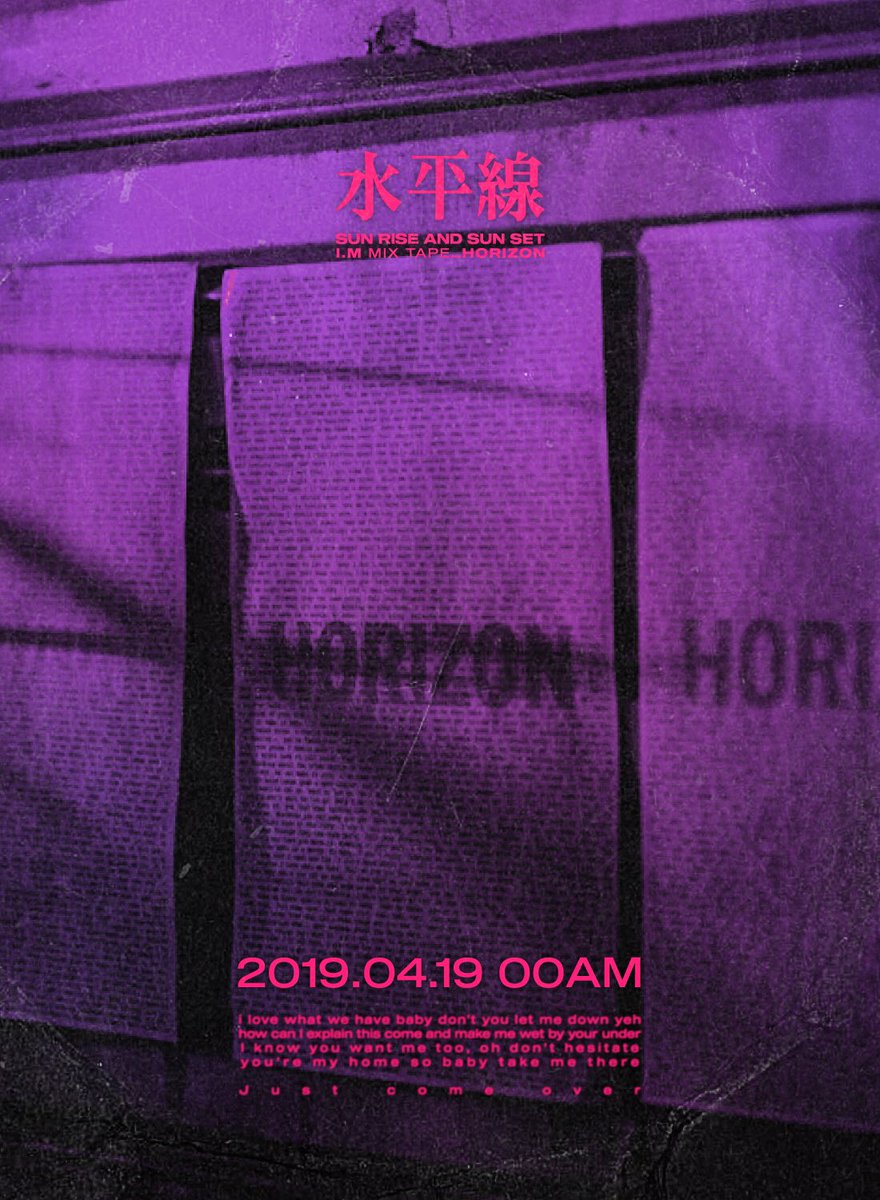 Are you excited for I.M’s new solo mixtape?