The cast of “Running Man” channeled their inner BTS on the latest episode of the SBS variety show!

On April 14, “Running Man” aired the final installment of its “date race,” in which Jun So Min went on dates with several of her former co-stars while the other seven members attempted to chase her down by completing various missions.

One of the cast’s missions during the episode was to learn part of the choreography to BTS’s “IDOL,” and the seven members made a valiant attempt to master the dance moves to the hit song. Choreographer J-Black presented the cast with name tags bearing the names of the seven BTS members and told them, “You’re free to choose whichever [name tags] you like.”

As the “Running Man” cast began selecting the BTS members whose parts they’d be covering, they immediately began teasing each other about not being able to live up to their counterparts. When HaHa claimed V‘s name tag, Yoo Jae Suk exclaimed in disbelief, “You picked V?” HaHa countered, “Then who’s going to be V? Take off your glasses! Are you confident enough [to do it]?”

As everyone laughed at HaHa’s response, Yoo Jae Suk turned to Yang Se Chan and complained, “Should you really be Suga?” Noticing that Lee Kwang Soo had picked Jungkook’s name tag, HaHa cracked everyone up by making a pun and joking, “You’re [not Jungkook] but jang kook [soup].” 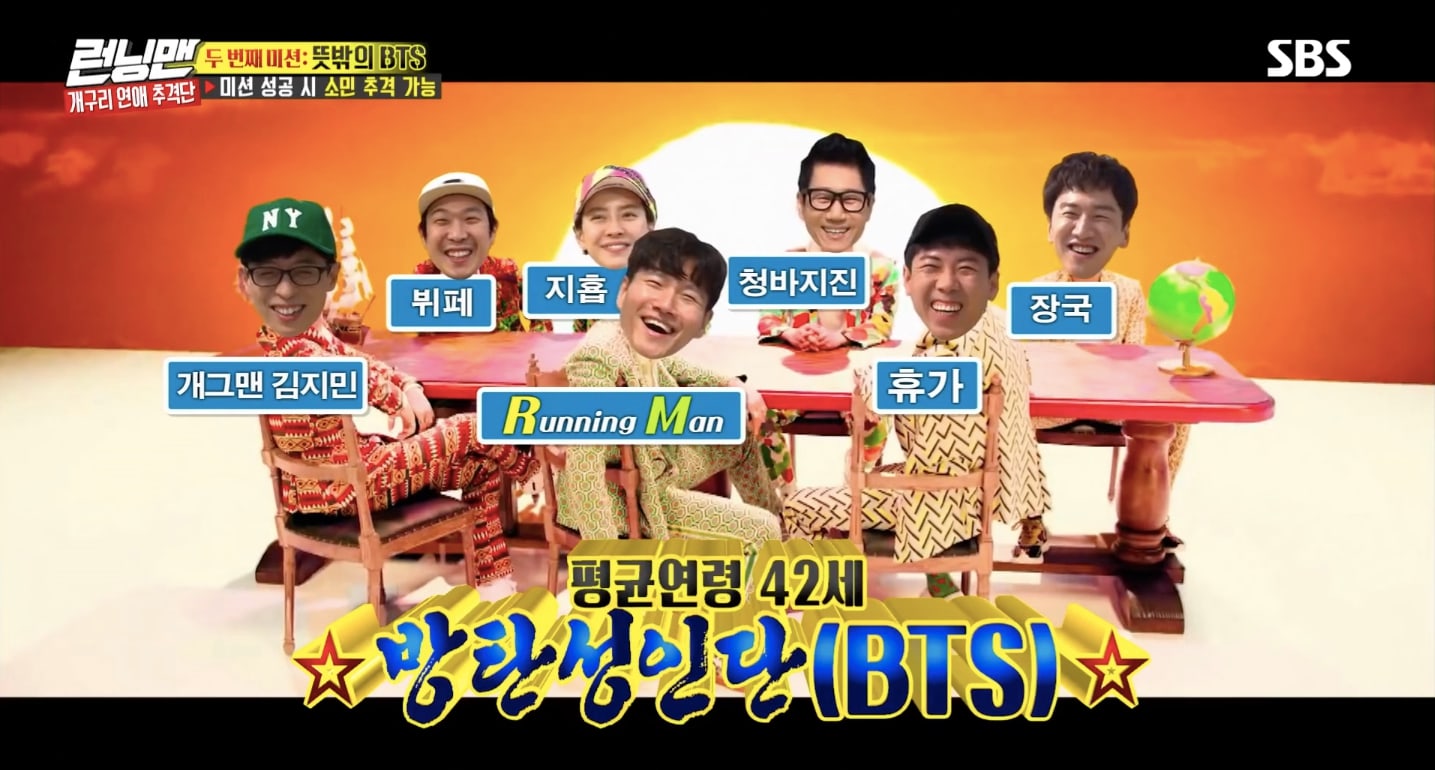 After a lot of practice, the seven members finally managed to dance the choreography to “IDOL” in unison—though not without a few stumbles along the way.

Check out the clips of the “Running Man” cast choosing their BTS counterparts and dancing to the song below! (Both videos have English subtitles.)