Lee Chung Ah uploaded a meaningful post in response to criticism after her appearance on MBC’s “The Manager.”

On April 14, the actress tweeted, “Some people will say this and others will say that. They say that the things you hear along with the wind will fly away with the wind. In the end, foam disappears and things with weight remain.”

Regarding the post, her agency said, “It’s the actress’s personal life, so we’re hesitant to talk about it.”

Lee Chung Ah revealed her everyday life on the April 13 broadcast of “The Manager.” The episode showed her manager’s workday starting at 6:30 a.m. where he filled the car refrigerator with bottles of water and emptied the trash can. He also adjusted the rearview mirror and turned off the heater right after arriving at the pick-up location after explaining, “The actress’ skin can become dry and their makeup can smudge if the heater is turned on.”

The manager’s attentiveness continued to shine throughout the episode. He prepared a mini humidifier, LED light, portable chair, umbrella, dry shampoo, hat, pencil case, mouthwash, and lip balm for the actress. Lee Chung Ah said to him, “You spend too much of your own money. Get reimbursed for it,” but her manager replied, “It’s something I’ll use every time I work, so I tend to buy it with my own money.”

A special water bottle lid also caught the eyes of the cast members. The manager said, “People usually drill a hole into the cap and insert a straw, but then the water spills. So I searched online and there was a water bottle lid for kids. I purchase that and use it.”

After the broadcast, viewers praised the manager for his passion and consideration for the actress. Some viewers, however, criticized Lee Chung Ah for overusing her power by making her manager boil her water bottle lid for sanitation and open the passenger door for her, among other things. 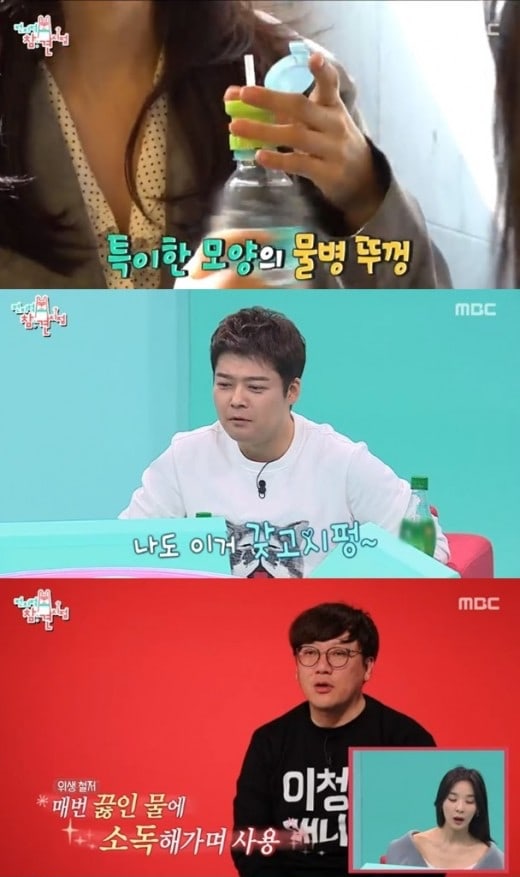 Check out Lee Chung Ah’s appearance in the latest episode of “The Manager” below:

Lee Chung Ah
The Manager
How does this article make you feel?