On the April 16 episode of MBC’s “Video Star,” HA:TFELT (Yeeun) and Suran talked about writing songs about breakups.

During the episode, the MCs asked if HA:TFELT didn’t believe in marriage, and she replied, “Rather than being non-marital, I don’t want to rush to get married. It’s not the form of marriage that’s important, but the person you’ll be with. I’m not going to get married until I meet someone like that.”

However, HA:TFELT emphasized the importance of dating and explained, “You need to date. I think it is more important to keep being in love than dating.”

When asked if she has any special memories of dating, HA:TFELT replied, “My last relationship didn’t end well. [My ex-boyfriend] disappeared. We didn’t date for a long time.” Then she added, “Whenever I’m in a relationship, I always work on songs, whether it’s a good memory or bad memory. I’m currently working on a song after experiencing a breakup where I was ghosted. The title is ‘Happy Now.'” 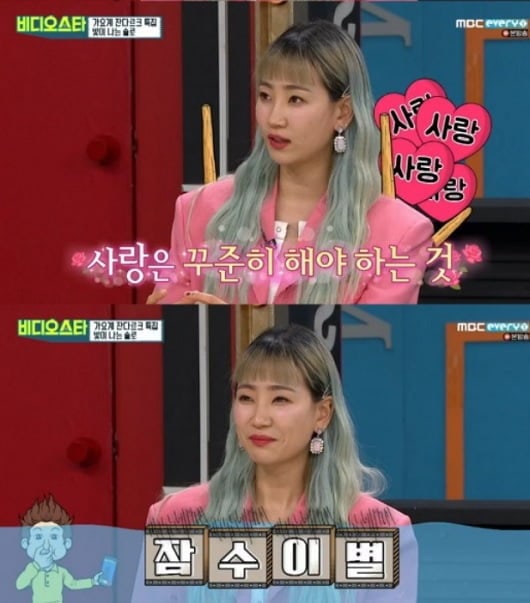 Suran also talked about the birth of her song “Wine” featuring Changmo.

Kim Sook asked if she writes better songs when she’s dating someone or after breaking up with someone. Suran replied, “When love is burning bright, there are good songs, and right after the breakup, there are great songs. ‘Wine’ was about the emotions after a breakup.” 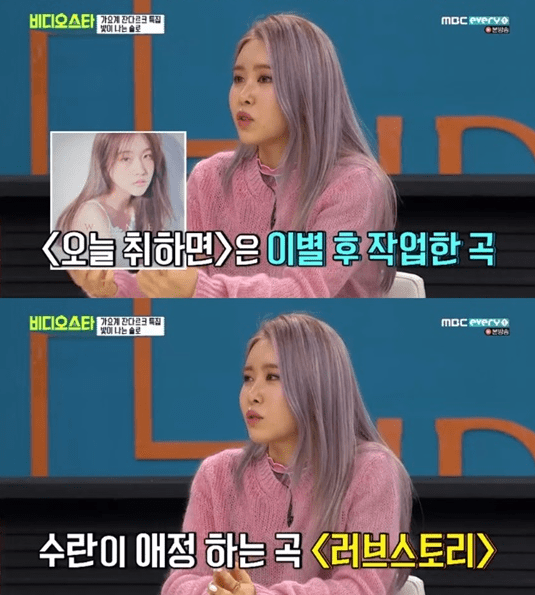 HA:TFELT (Yeeun)
Suran
Video Star
How does this article make you feel?