“Arthdal Chronicles” follows the stories and fates of heroes in the mythical city of Arthdal, said to have been the capital city of the Gojoseon kingdom, as they create legends. Song Joong Ki plays Eun Seom who fights to protect his tribe. This will be his first drama in three years since starring in the hit drama “Descendants of the Sun.”

In the released photos, Song Joong Ki blends in with the wild with his tousled hair and leather clothing. He appears quite at ease around the, stroking its head affectionately. In other photos, he gallops away atop his horse, giving a fierce look. 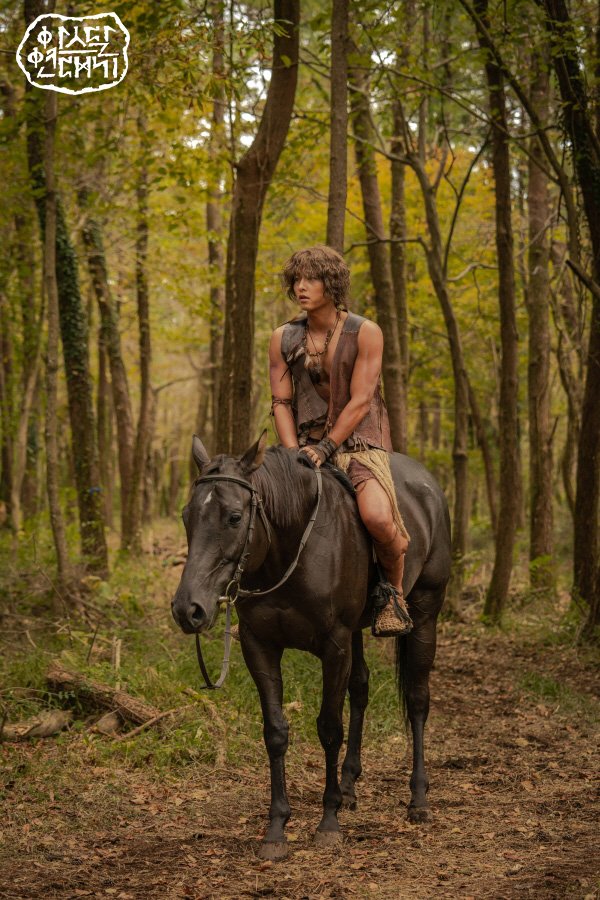 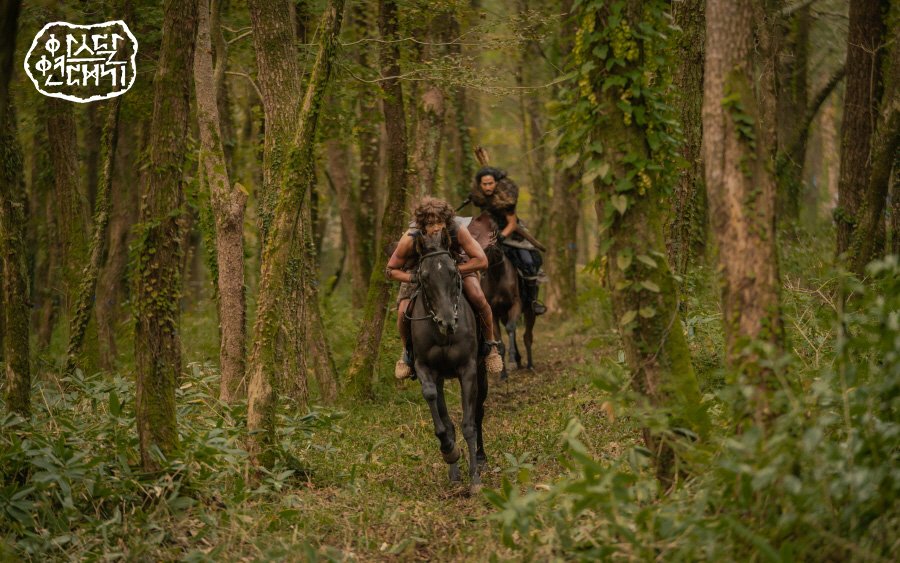 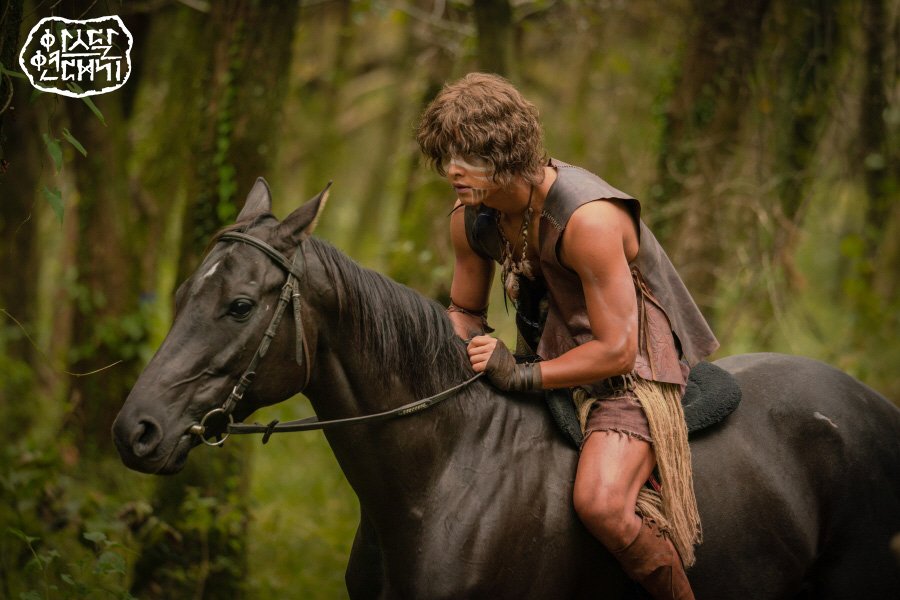 Writers Kim Young Hyun and Park Sang Yeon have previously worked with Song Joong Ki for “Tree With Deep Roots.” On working with him for the second time, they remarked, “A few years ago, there was a time when we said about Song Joong Ki, ‘Even when he explodes with emotion, there is a side of him that is rational.’ Song Joong Ki is an actor that is able to have these two conflicting aspects coexist. That is why we love him as an actor.”

The two writers added that they hoped that this dual aspect would shine when portraying the character Eun Seom. They also praised the actor, saying that when watching him act as Eun Seom, he has a gaze that says, “I don’t know anything but I am extremely clever, and I don’t have any kind of strength right now but I won’t lose in the end,” which lines up perfectly with the intention of the drama.

They shared that Eun Seom is a beautiful character with an innocent face, but when an attack comes, he reacts right away and attacks back. He doesn’t hesitate and accepts whatever emotions come after. They commented, “The most important role that Song Joong Ki must fulfill is showing a naive face with basic instinctual reactions while asking basic instinctual questions.”

The production staff stated, “He is so in sync with his character for ‘Arthdal Chronicles’ that you can only think of him as Eun Seom and not Song Joong Ki. Please look forward to Song Joong Ki’s explosive performance in ancient civilization, which will be shown for the first time in Korea.”

“Arthdal Chronicles” is slated to air in June on Saturdays and Sunday, following “Confession.”