Cliches — some of us are aware of them, some of us don’t give a damn. A lot of times, we get so used to seeing cliches and tropes in dramas that the minute a guy starts power walking towards the girl (who happens to be talking to the second lead), we’re already expecting a wrist grab. But what if it was the girl who was power walking towards the male lead instead? I don’t know about you, but I’d be surprised and curious to see what she’d do next.

Some are subtle and some are more noticeable, but whenever a common K-drama cliche is executed with the roles switched between the female and male characters, it feels like a breath of fresh air. Thankfully, as K-dramas are growing in diversity in terms of plots and characters, so are the cliches (in a good way).

Here are seven moments when K-dramas executed common cliches but with the roles reversed between the female and male characters! 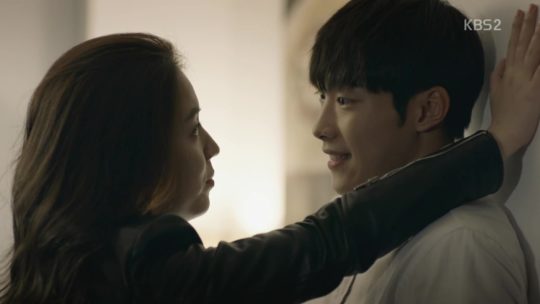 But this particular scene from “Mad Dog” is like a breath of fresh air because Jang Ha Ri (Ryu Hwayoung) isn’t even romantically interested in Kim Min Joon (Woo Do Hwan) when she’s doing the wall slam. She’s actually annoyed and doesn’t trust him, and the wall slam is meant to be a more of a warning. And while the wall slam cliche gives us mixed feelings overall (as it can be kind of aggressive), it’s refreshing to see a scene where the girl is the one doing the wall slam. 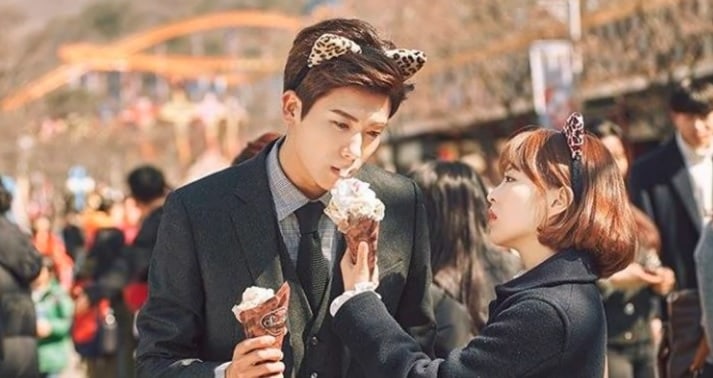 It’s no secret why so many of us love Bong Bong (Park Bo Young) and Min Min (Park Hyung Sik) as a couple: they’re not your typical combo of the helpless female character and brooding male lead. Instead, Bong Soon is a girl with superhuman strength, while Minhyuk is a CEO who never holds back on expressing his quirky self. And to top it off, they love each other just as they are, superpowers and all.

“Strong Woman Do Bong Soon” doesn’t shy away from portraying Minhyuk as the “damsel in distress” who needs saving, so while there are many moments when Bong Soon is there to help her male lead, this moment is quite possibly the funniest. Right after a surprising moment when Minhyuk gets shot in the arm, Bong Soon carries him off to safety in true “Bodyguard” style, complete with the famous “I Will Always Love You” soundtrack and all. The whole time I’m laughing, I can’t help but admire how Bong Soon swoops in to rescue her man. 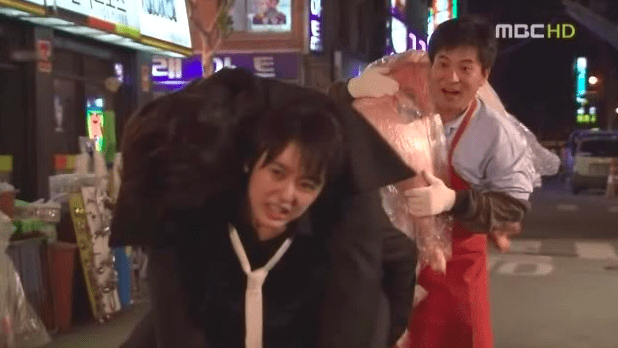 Go Eun Chan (Yoon Eun Hye) is just your average girl: she loves to eat, needs a job, and is too lazy to dress up more often than not because she’s busy providing for her family. So when she gets a chance to work at Choi Han Gyul’s (Gong Yoo) coffee shop, she hides her identity as a girl, as the coffee shop only hires good-looking men.

Because the drama technically features a gender-bender plot, there are many moments when Eun Chan’s tomboyish behavior is seen as normal and accepted because she’s pretending to be a dude. But putting that point aside, it’s still refreshing and hilarious when Eun Chan is the one to give a drunk Han Gyul a piggyback ride. It’s amusing especially because the drunk piggyback ride was a cliche that was common to almost every drama at the time “Coffee Prince” was airing. But in this case, Eun Chan is the one giving a cutely drunk Han Gyul a piggyback ride after he drinks a little bit of soju! 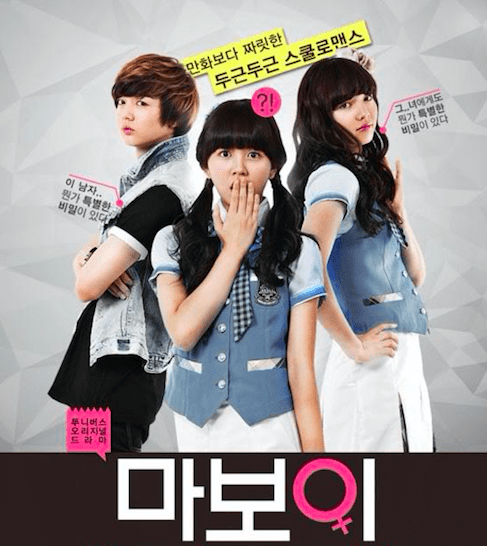 This one is quite rare. Cross-dressing is a theme that is not as cliche as it once was when it was trendy in dramas (I’m thinking “To The Beautiful You,” “You’re Beautiful,” “Coffee Prince,” and others). Most of these gender-bender type of dramas feature a female character who pretends to be a boy, but have you ever seen a drama where it’s the other way around? Kim So Hyun‘s adorable drama, “Ma Boy,” does just that, as her character’s new roommate turns out to be a boy named Hyunwoo (Sunwoong), who pretends to be a female student so that he can stay in his dream school. It’s awesome to see a boy dressing up as a woman for the sake of his dreams. And he looks amazing to boot! 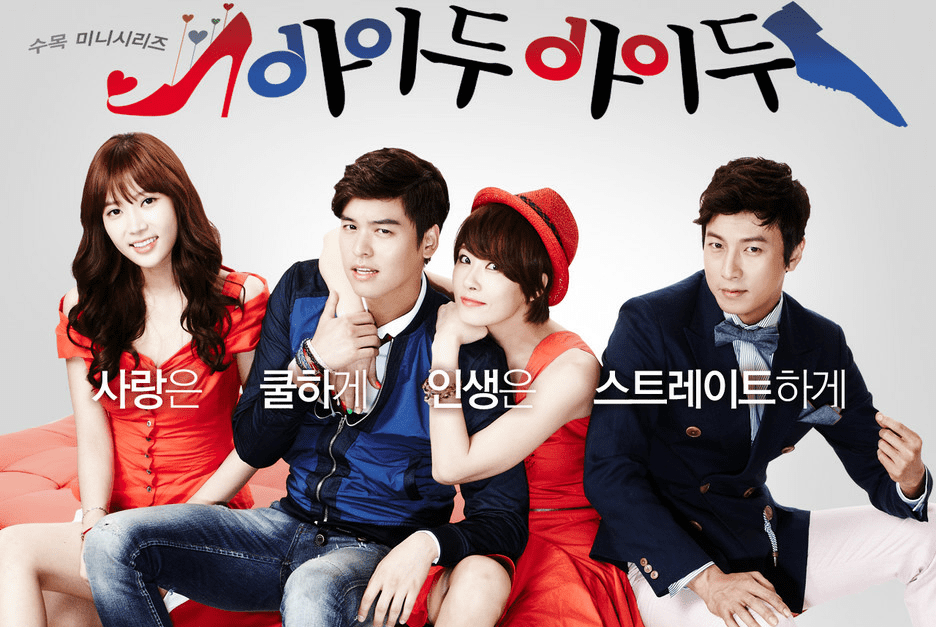 “Poor girl/rich, successful guy” love stories are a dime a dozen, and honestly, they don’t even feel like a cliche anymore but rather just the norm when it comes to dramas. But whenever there’s a story about a working-class guy and an accomplished, well-off career woman, well that’s when things get interesting. Such is the case with noona romance drama “I Do I Do,” which has the female lead in a higher career position than her leading man. Most noona romances have a successful woman falling in love with a younger man who isn’t necessarily in the same workplace, but this drama is refreshing in that Hwang Ji Ahn (Kim Sun Ah) is actually a director at the company where Park Tae Kang (Lee Jang Woo) ends up working. And her high position doesn’t stop them from falling in love! 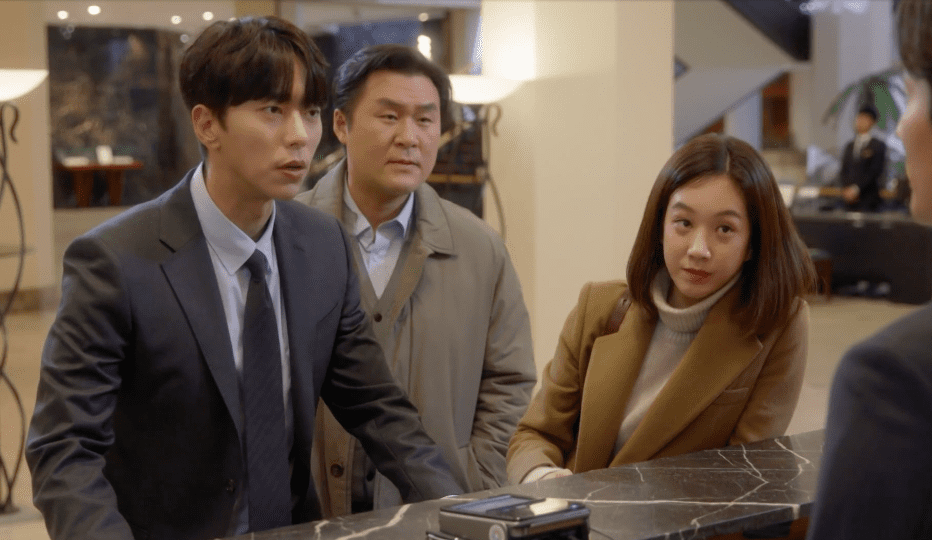 If you’re feeling frustrated by the current events that are going on in the Korean entertainment industry or just want to see some truly badass female characters, then you’ve got to check out “Witch’s Court.” Ma Yi Deum is smart, ruthless, and quick on her feet, which is a combination that’s not commonly seen in female K-drama characters.

Criminal chasing scenes are pretty common in legal and crime dramas, and many K-dramas feature a male detective demonstrating their “genius” smarts to catch the criminal while the female characters are more in supportive roles. But in one particular scene when Ma Yi Deum (Jung Ryeo Won) and her legal crew try to chase after a pimp, the drama brings Ma Yi Deum into the forefront of the action instead. Rather than Yeo Jin Wook (Yoon Hyun Min) swooping in to grab the criminal, the drama shows Ma Yi Deum using her brain and quickly grabbing a car (that happens to be a stick shift!) and slamming it in front of the criminal in a way that’s very satisfying and a bit of surprise.

Choi Ae Ra (Kim Ji Won) might be full of aegyo, but the declarations of her feelings to Dong Man (Park Seo Joon) rival that of any male lead’s. What’s great about “Fight My Way” is that Ae Ra honestly communicates her feelings to Dong Man in a way that we often don’t see female characters do. One particular scene that stands out is when Ae Ra reveals that she’d sincerely be willing to take two (out of three!) bullets for Dong Man, surprising him and us viewers as well. It’s cool to see female characters in K-dramas be more outspoken and honest about how much they love their leading men and it definitely makes Ae Ra that much of a boss character. 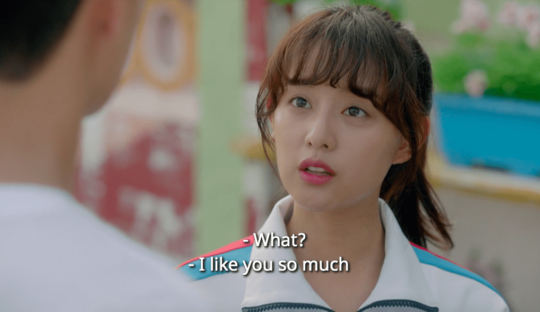 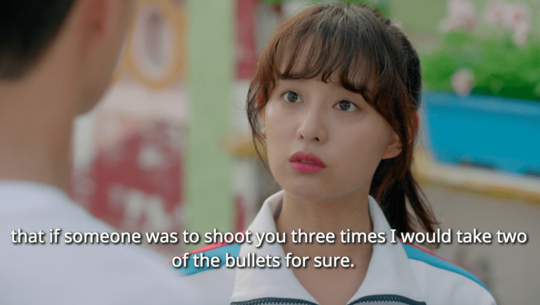 Who could forget this gem of a scene? I’m pretty sure I wasn’t the only one who thought Joon Hyung (Nam Joo Hyuk) was going to save Bok Joo (Lee Sung Kyung) from the car. This is why we need more K-drama cliches with reversed roles!

Are there any other K-dramas that execute cliches in a refreshing way? Let us know in the comments below!