On the April 18 broadcast of KBS 2TV’s “Happy Together,” the idol-actor appeared as a special MC.

MC Yoo Jae Suk read out loud fans’ posts after attending SF9’s fan signing events. One fan wrote about how Rowoon suddenly asked her what he resembled and that she answered, “The sculpture of David.” He then asked her to name an animal that he resembled. When the fan nonchalantly said raccoon, he suddenly started to do an impersonation of a character named “Raccoon” from the film “Tazza.” Even when the fan said that she didn’t know who this character was, he still continued with his impersonation, and she ended up moving on to the next SF9 member without getting to say anything she had prepared.

The MC then read another fan’s post that told the story of how she told Rowoon that she still had the hot pack he gifted her and asked if she could call him oppa. According to the post, Rowoon suddenly began to tell her about propolis and its benefits. By the time he was done, it was time for her to move on to the next person. 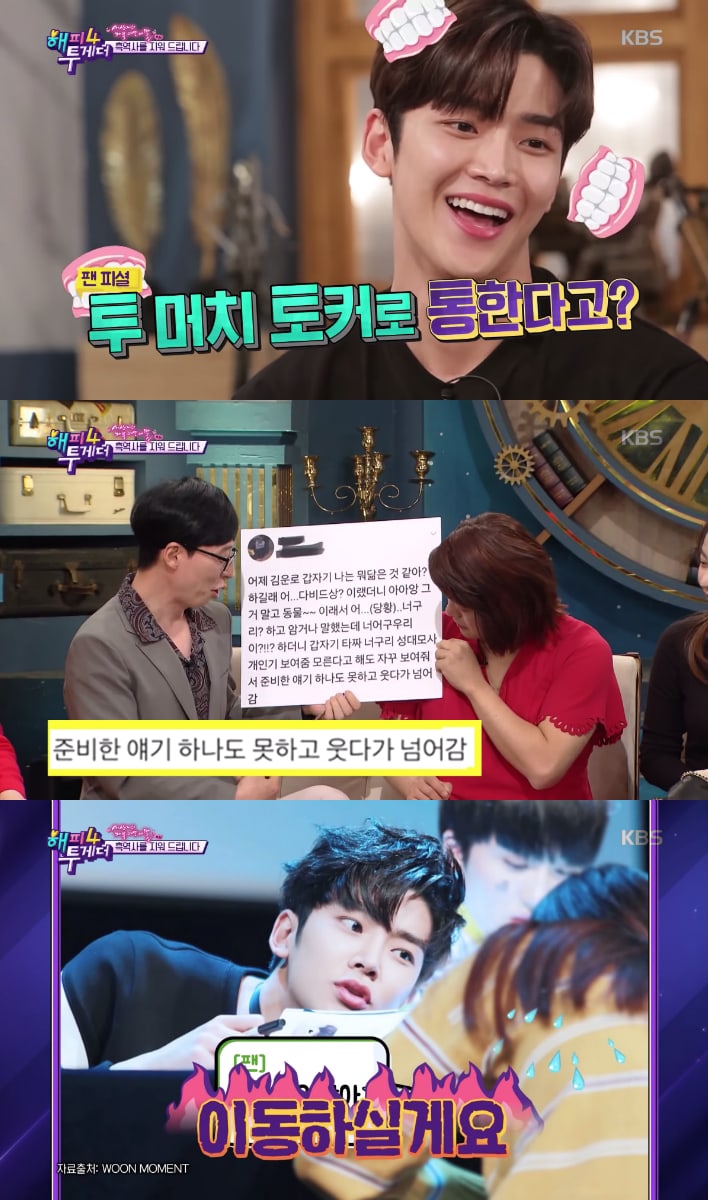 Jo Se Ho pretended to be a fan and reenacted a fan sign event with Rowoon that made everyone laugh because Rowoon took up the entire time commenting on Jo Se Ho’s hair and watch. Rowoon explained, “Posts about our promotions and fan sign events appear on our official fan cafe. But when I read them, most of them say that they couldn’t say what they had prepared because they were so nervous. They said that they came to meet me, but have no memory of it.”

He continued, “Since they’re people who came to the event because they like us, I thought that I should talk to them. If there are people who prepared something to say, I listen.” When Jun Hyun Moo interjected, “But you didn’t listen,” Rowoon replied with a laugh, “You’re right.” 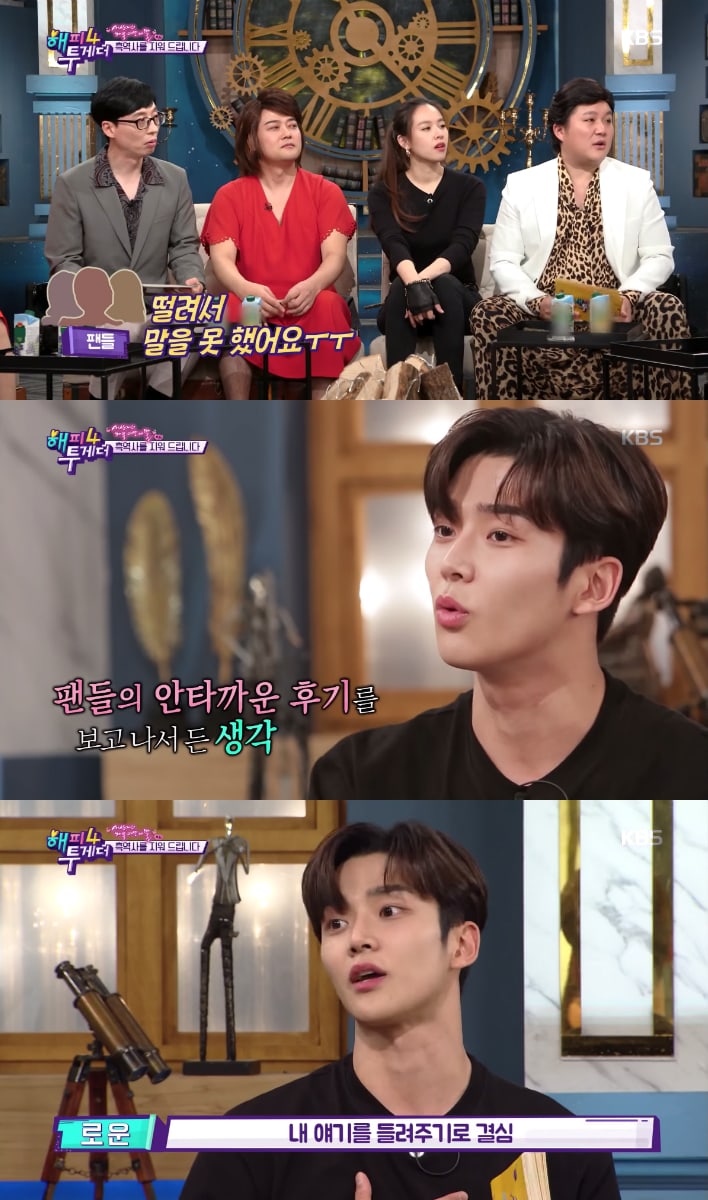 SF9
Happy Together
Rowoon
How does this article make you feel?