Kim So Yeon and Yoo Sun filled the studio of KBS 2TV’s “Happy Together” with heartwarming love stories.

On the April 18 broadcast, actors Kim Hae Sook, Yoo Sun, Kim So Yeon, and Kim Ha Kyung from the drama “Mother of Mine” appeared on the show.

Kim So Yeon began by talking about her and Lee Sang Woo‘s love story. “He made me carrot juice this morning and told me to do a good job,” said the actress. The actors first appeared as an on-screen couple on the MBC drama “Happy Home” before becoming a couple in real life.

When asked how they began dating, she replied, “We didn’t talk much when filming the drama, but he called me one morning after drinking. I found out about Lee Sang Woo’s feelings for the first time when Jung Chan Woo took Lee Sang Woo’s phone and said, ‘So Yeon, Sang Woo really likes you.’ The staff members also said that he is usually quiet on set but became really talkative when I appeared.”

She continued, “We didn’t say that we should date, but it just became that way. He called his best friend Lee Sang Yoon and said, ‘Hold on. I’ll hand the phone to my girlfriend.’ I was a bit surprised.”

Speaking about some difficulties while dating, Kim So Yeon said, “The hardest thing was starting our date at 7 in the morning.” She revealed that they went on 15-hour dates every day. She made everyone laugh by adding, “My mom said that my face looked worse than when I appeared on a 50-episode drama.” 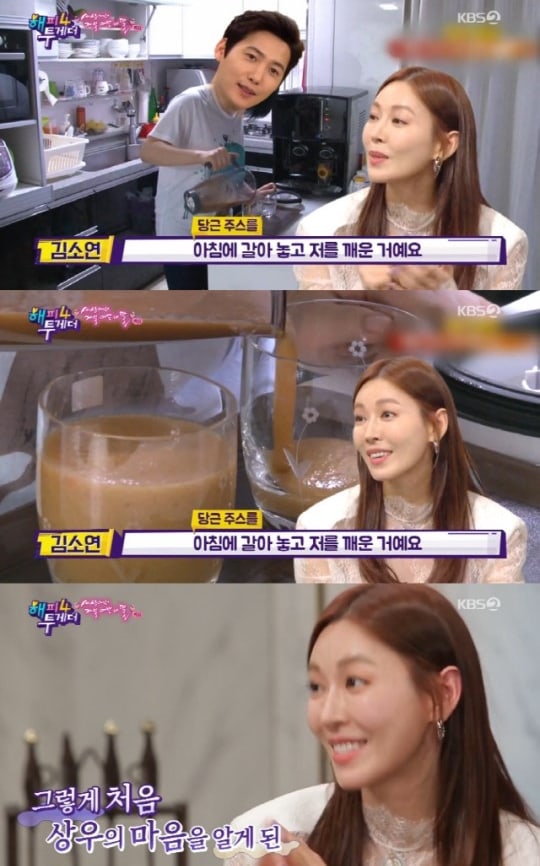 Kim So Yeon and her co-star Yoo Sun have been friends for 16 years. Yoo Sun revealed that Kim So Yeon once waited for her for three hours without saying anything, and Kim So Yeon praised her friend as well.

About dating her husband for 10 years, Yoo Sun said, “To be honest, it became 10 years because we met before that and played hard to get before settling down. He’s someone I met when I was 23 years old, and we dated for 10 years. The time that we spend together is so valuable. You can’t turn back time. I thought that this was my person, and we got married in order to preserve that time.”

She revealed that her husband was also an aspiring actor before choosing another path. Telling the story of her proposal, she said, “On the day we shot our wedding photos, he said that we should stop by a friend’s store. He got about 20 friends there beforehand and they held a celebration for us. I cried a lot. He asked me to marry him and I answered, ‘Call!'”

The other MCs commented, “It’s a battle today,” and Kim Hae Sook said, “My generation couldn’t show physical affection. I feel envious hearing stories about young couples and want to relive my life.”

Yoo Sun also expressed gratitude for a fellow actor. She revealed, “Hwang Jung Min has always been with me in the most important moments in my life. We’re from the same theater, and he took good care of me as if I were from his hometown. He sang the ceremonial nuptial song at my wedding. I was moved that he personally cast his own piano player.”

She added, “When I had my baby, he brought a bunch of baby clothes with him and came to visit me at the postnatal care center. 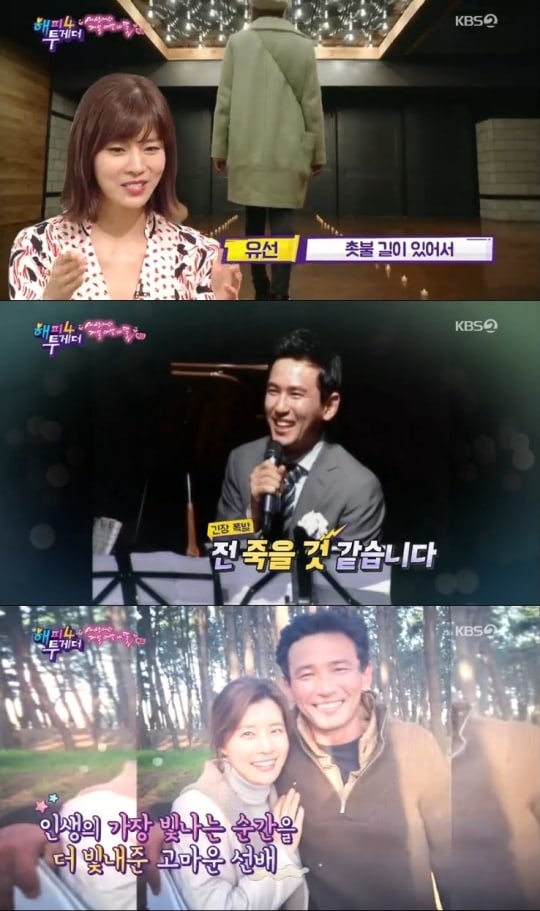 And watch “Mother of Mine” here:

Happy Together
Kim So Yeon
Yoo Sun
How does this article make you feel?