On April 18, Yoo Jae Suk appeared as a guest on the radio show.

Yoo Jae Suk rarely appears on radio shows due to his busy TV broadcast schedule, but he came on the program due to his close friendship with DJ Ji Suk Jin. As soon as the show began, many listeners sent in questions about Yoo Jae Suk, with many of them asking about him as a husband and a father.

The TV personality met announcer Na Kyung Eun on MBC’s “Infinite Challenge,” and the couple got married in 2008. Last year, the couple welcomed their daughter Na Eun after giving birth to their son Ji Ho in 2010.

Yoo Jae Suk began, “It’s a bit weird for me to talk about what I’m like as a father,” and Ji Suk Jin explained, “I know what kind of dad Yoo Jae Suk is at home. On his days off, he only stays at home. I can say it like this. He’s a father who parents.”

About the birth of his daughter, Yoo Jae Suk said, “I didn’t think I’d cry when my second child was born, but I became emotional. Without knowing, I began to cry. There’s something about it that I can’t quite put into words.”

He continued, “My second child is now two years old [by Korean reckoning], but she’s only six months old. The baby can now hold her head up flip herself over. Today, she rolled over three times, and the whole family flipped out.”

He added, “My mother saw the baby and called her a ‘human flower.’ You know how people smile when they see flowers? It means that’s how you become when you see a baby. She said that for my first child Ji Ho and she said that this time as well.” 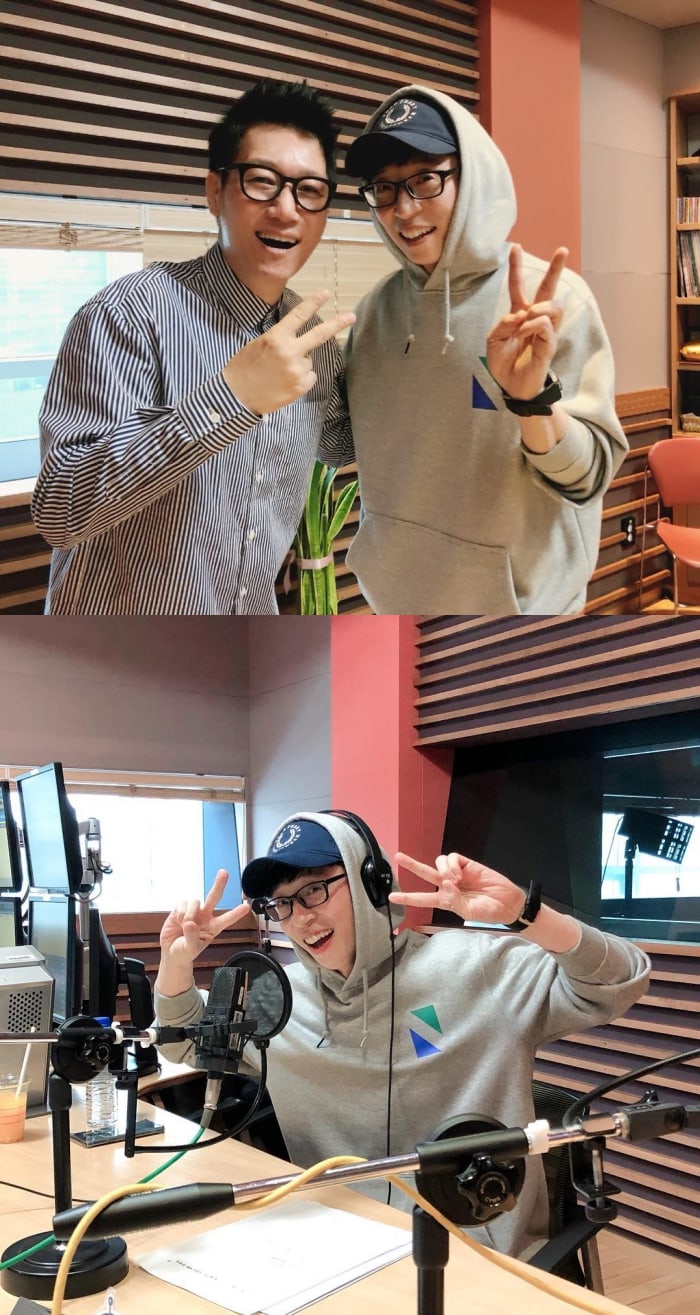 Yoo Jae Suk also expressed his love for his wife on the radio show. He revealed, “Our second child’s name Na Eun came from my wife’s name Na Kyung Eun.” About being praised as a “parenting dad,” he commented, “Right now, I have to do that. We have to parent together. Since I work, it’s really only just helping out no matter how hard I try, so I try to help a lot on Sundays or days off.”

He continued, “I run over when the baby cries at night. I go even when I’m tired. Right now, I have to do that. I can’t go if I can’t hear her. But if I hear her, I go. In the past, there was one time when I pretended not to hear her, but I became seriously tormented by a guilty conscience. I did that because I was so tired.”

“I try to remember all anniversaries,” added Yoo Jae Suk. “For birthdays and wedding anniversaries, I try to do something even if it’s not grand. Same with holidays like White Day.”

Yoo Jae Suk moved the listeners of the radio show with his love for his family. Although radio shows usually play lots of music, there wasn’t enough time to turn on requested songs due to his stories. Before playing one song on the program, he said, “I feel so sad when the talk ends [suddenly] like this. It makes my heart hurt.”