On April 18, SBS funE reporter Kang Kyung Yoon relayed a testimony from a woman identified as “A,” who claimed that she was sexually assaulted by a group of five men including Jung Joon Young and Choi Jong Hoon.

According to “A,” she went out for a drink with the five men in March 2016, immediately blacked out after accepting alcohol from them, and woke up in the morning fully naked in a hotel room. “A” argued that even though she did not question the men at the time, she later became suspicious of sexual assault following reports of their inappropriate chatrooms.

Following the reports, KBS revealed conversations from the chatroom, of which the five men were participants, that suggested the act of multiple-perpetrator sexual assault had been committed.

In the chatroom, Jung Joon Young said, “I was **ing with [Choi] Jong Hoon last night,” to which Burning Sun employee “Kim” responded, “That’s funny.” Jung Joon Young also sent a voice recording from the night before and continued, “She made these noises, so it made me laugh,” and added, “Ultimately, she just wanted to sleep with a celebrity.” 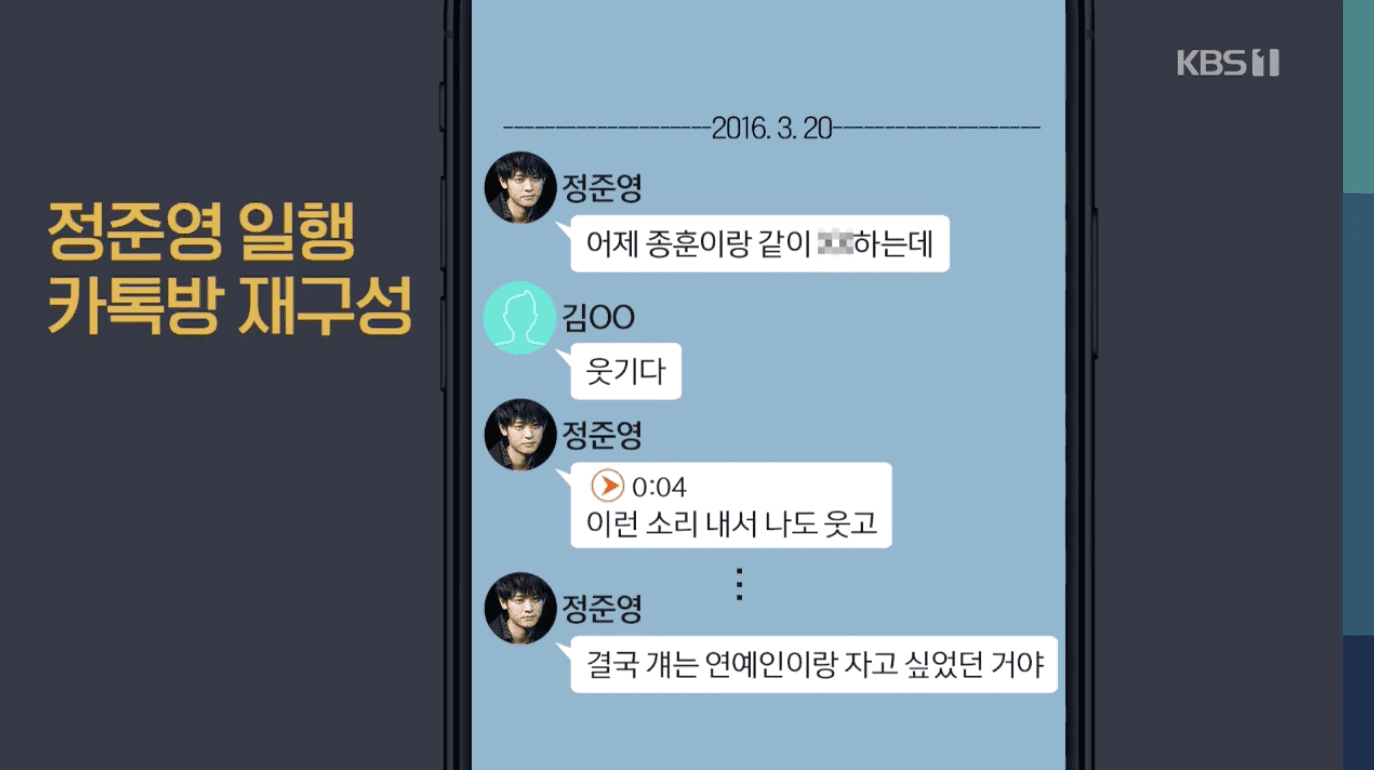 The conversation continued with Jung Joon Young saying, “Oh, you have a video? We got caught because ‘B’ hyung turned on the flash. Delete it quickly. Before Choi Jong Hoon saves it.” Choi Jong Hoon responded with multiple symbols for laughter, and “Kim” said, “We should have ** before [“A”] woke up. Props to Choi Jong Hoon for holding in his laughter to **.”

According to KBS, the asterisks are used in replacement of a slang word that implies sexual assault. 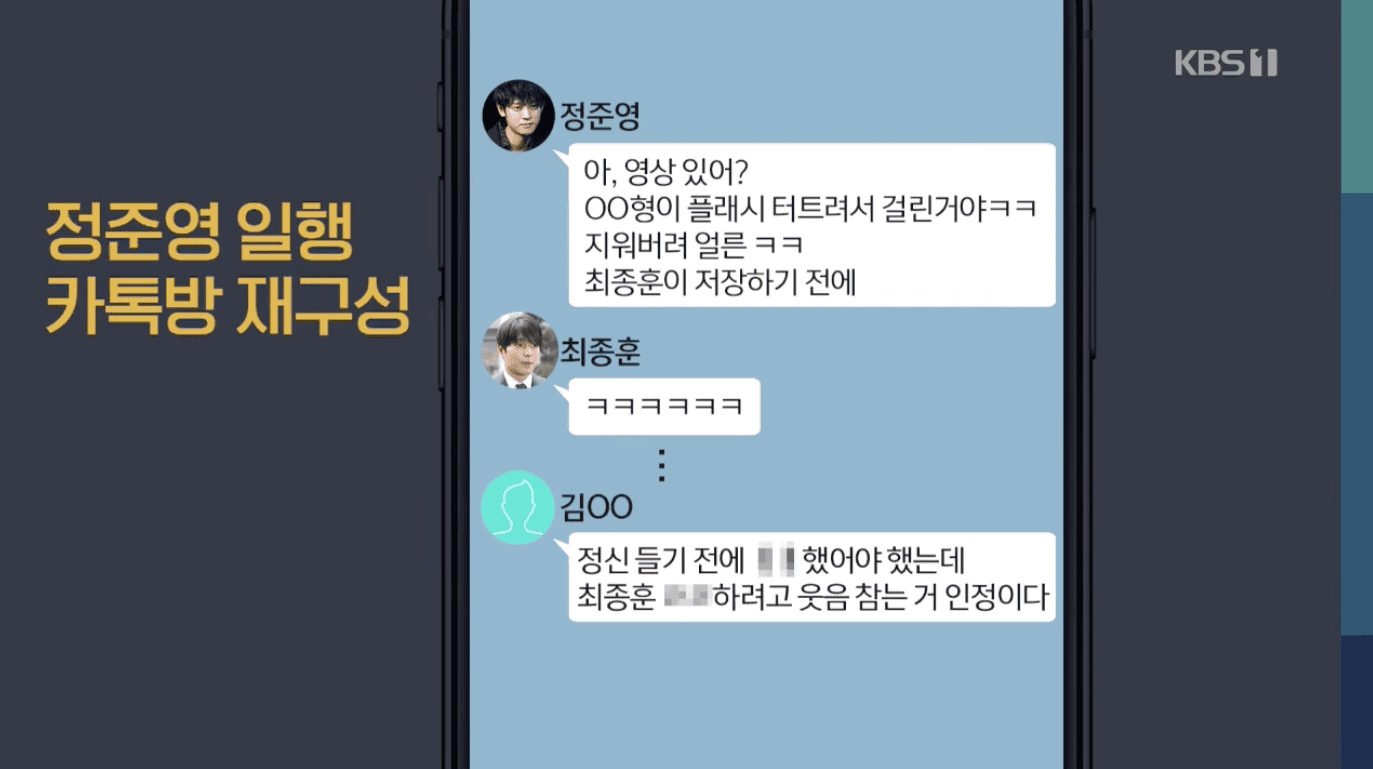 In response to allegations of multiple-perpetrator sexual assault, Choi Jong Hoon stated through his lawyer that while it is true that he was with “A,” he did not engage in sexual activity with her.