SBS’s Friday-Saturday drama is reaching its end on April with its final episode. The drama has been loved for its unique characters, satirical approach to a crooked society, fast-paced storyline, and stellar acting. With just one story left in the series, here are four things to watch for in the final episode.

Kim Nam Gil, will he lay down his priesthood and leave?

Priest Kim Hae Il (Kim Nam Gil) is a hot-headed priest whose fists speak first. Though he may not seem very much like a priest at times, he is warm person who pursues justice. But when the people he loves find themselves in trouble because of him, Kim Hae Il lays down his life as a priest and picks up a gun in order to fight against Lee Joong Kwon (Kim Min Jae).

In episode 36, Lee Joong Kwon took a nun (Baek Ji Won) hostage and threatened Kim Hae Il. A tense moment is about to ensue as Kim Hae Il holds a gun in his hands. In the final episode, he is set to reflect on things he’s done that he shouldn’t have done as priest, and he will prepare to leave everyone. It will be interesting to see if Kim Hae Il will end up leaving the church.

Kim Sung Kyun and Honey Lee quit their jobs, what comes next?

Goo Dae Young (Kim Sung Kyun) was a cowardly detective who would turn a blind eye to crime, and Park Kyung Sun (Honey Lee) was a prosecutor who cared more about climbing up the career ladder than justice. In the beginning of the series, they got in Kim Hae Il’s way as he tried to investigate the murder of a priest.

However, Goo Dae Young and Park Kyung Sun opened their eyes to Kim Hae Il’s justice over time and have changed. In the teaser for the final episode, the two can be seen quitting their jobs after reflecting on their wrongdoings. It will be interesting to see if these decisions will stick and what will become of the two. 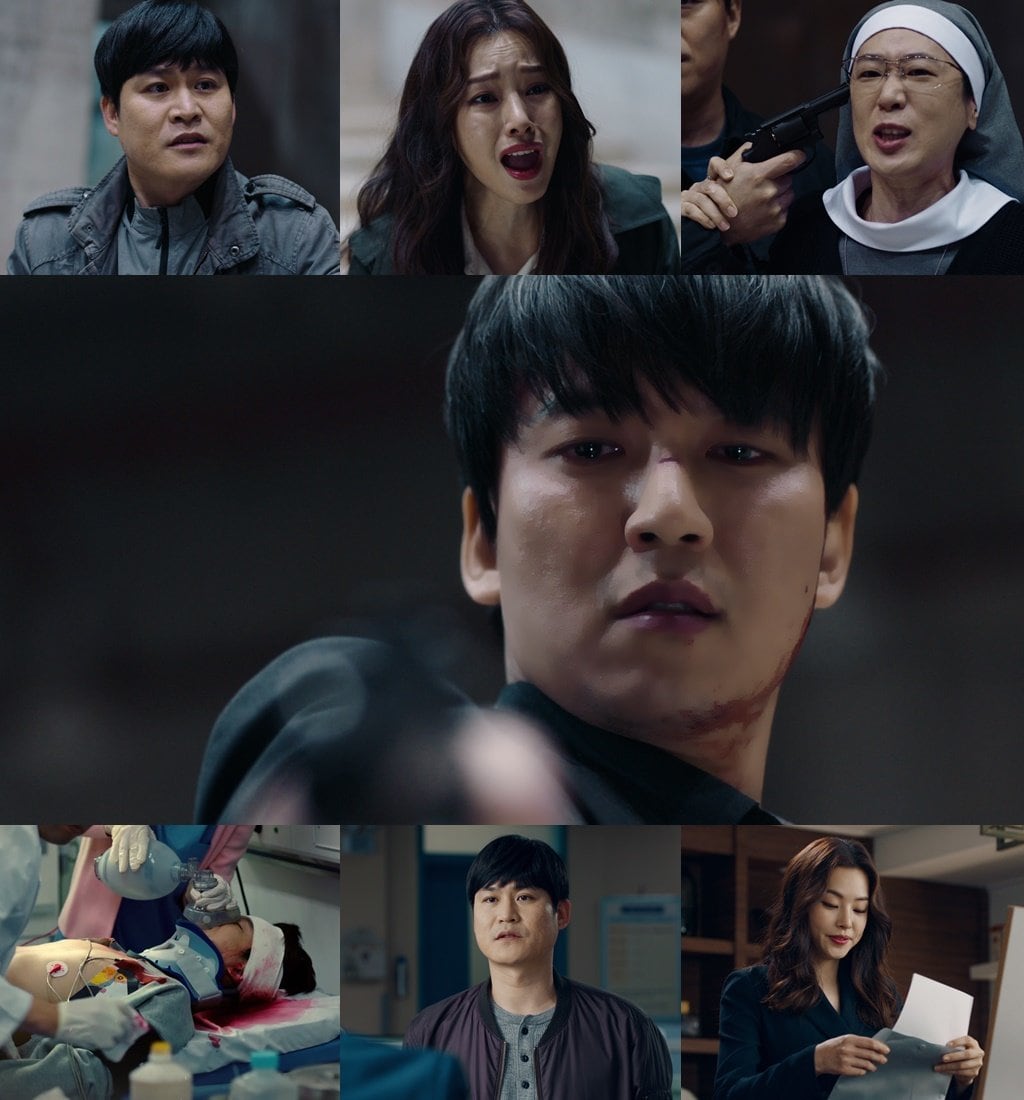 Cartel of evil, will they pay for what they’ve done?

The cartel in question has been partaking in acts of corruption, violence, and evil for their personal greed. Kim Hae Il and the heroes of the Gudam district have been taking the cartel members out one by one. Now all that’s left is Hwang Chul Beom (Go Joon), Kang Seok Tae (Kim Hyung Muk), and Lee Joong Kwon. Kang Seok Tae tries to escape by borrowing the power of a chaebol, Hwang Chul Beom only thinks of himself and isn’t repenting for his crimes, and Lee Joong Kwon is the most evil of them all. The last episode will follow Kim Hae Il as he tries to take down the final members of the cartel as well.

Jeon Sung Woo, will he wake up from his coma?

Priest Han Sung Kyu (Jeon Sung Woo) was left bloodied after being attacked by Lee Joong Kwon, and he left many viewers feeling nervous and worried. Though he has overcome the most difficult hurdles, he suffered from extensive bleeding and the doctors stated that he will need a miracle to pull through. Kim Hae Il and the others were in shock and sobbing, and it remains to be seen whether he will pull through in the end.

The production staff said, “The drama will be full of tension till the very end. The ending will show what the heroes of the area are fighting for, and what message ‘The Fiery Priest’ wants to convey. We want to thank everyone who has watched our drama. Please give it your support till the end.”

The final episode of “The Fiery Priest” will air at 10 p.m. KST on April 20. Catch up with the series below before the grand finale!