MAMAMOO Talks Honestly About Their Contracts And Dreams For The Future

MAMAMOO emphasized their unity as a team on “Ask Us Anything.”

On the April 20 broadcast, the cast pointed out that MAMAMOO was already in their sixth year of promotions and asked, “Aren’t contracts usually seven years long?”

Hwasa replied, “We have about two years, specifically a year and a half, left.” Lee Soo Geun commented, “You guys are going to be together forever anyway,” and Hwasa said, “That’s right. We’re one.”

When Kang Ho Dong asked if they feel stressed due to their popularity and how they handle stress, Solar answered, “I clean at home or dance,” before showing her freestyle dancing. 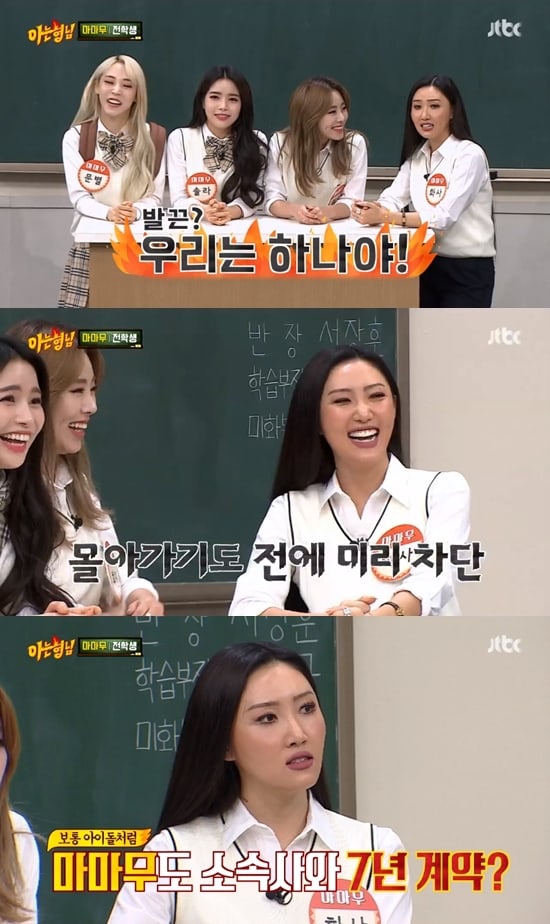 The MAMAMOO members also discussed their goals and dreams. After revealing that becoming an adventurer was her childhood dream, Wheein explained, “I want to travel a lot without being limited by anything. I want to [travel] alone, but don’t have the courage do so yet. We’re planning a trip to the Maldives in honor of our fifth debut anniversary.”

Moonbyul said that being a wealthy person was her dream. “I have a lot of love for my family, so I have a tattoo of my family on my arm,” said the idol. “It’s my dream to build a single-family home for my parents.” When the cast asked, “Aren’t you able to do that now?” she replied, “I think I’m going to have to work a little bit harder. I want my mom and dad to live for a long time.”

Hwasa also revealed her dream of bathing with the person she loves every night. She said, “My parents have a good relationship. I thought all married couples were like that, so I want to live life that way when I get older.” 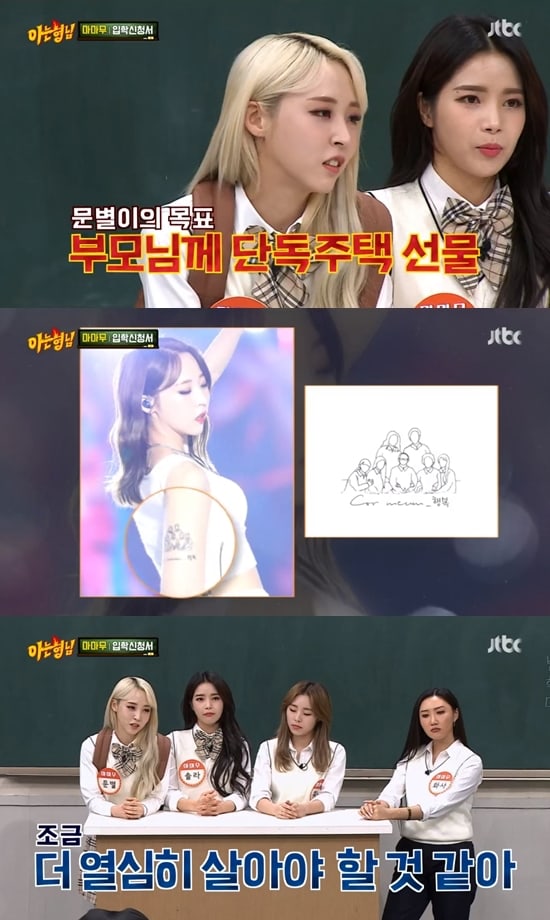 “Ask Us Anything” airs on Saturdays at 9 p.m. KST. Check out a full episode with English subtitles below!

MAMAMOO
Ask Us Anything
How does this article make you feel?